Dog of the Day: A Tail of Two Jacksons: Jackson #2, Golden Retriever

This is the second Jackson I met, outside of our local ice cream shop (the original, first-ever Swensen’s, and the only Swensen’s where they still make the ice cream by hand in the back room). He is a typical golden retriever in at least one way: when I met him, he was staring longingly at the remains of an ice cream cone (just the cone) that someone had dropped on the sidewalk, and that mom (terribly unfairly) was not letting him have quite enough leash to get to. When I said hello, he immediately stopped looking at the cone. He would, I think, have completely ignored it even if he’d been off-leash… meeting a new friend and getting a belly rub was much more important than an ice cream cone. 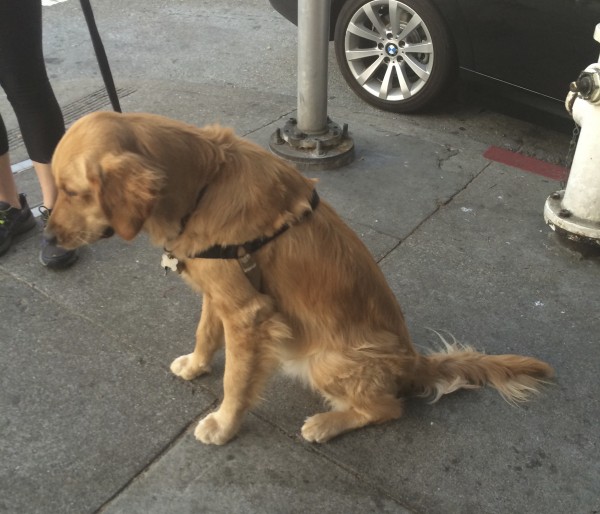 This is Jackson staring fixedly at the ice cream cone. 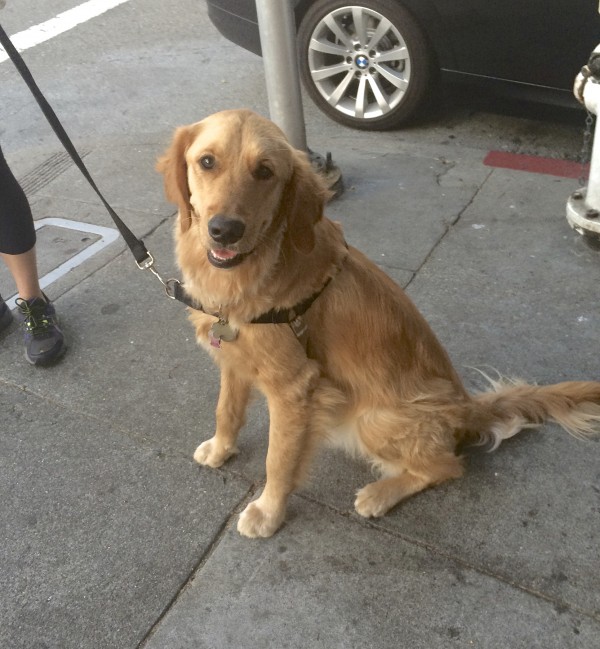 And there’s the ‘oh look a new person!’ smile. 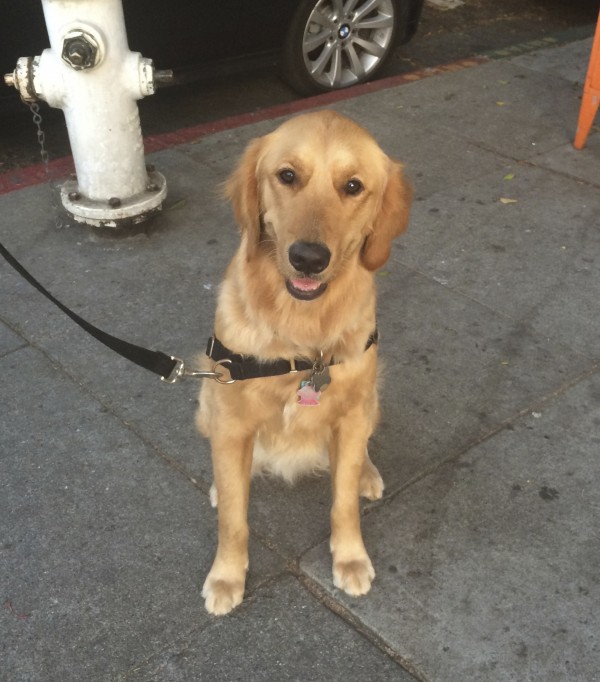 Look at that sweet expression. That is one happy dog. 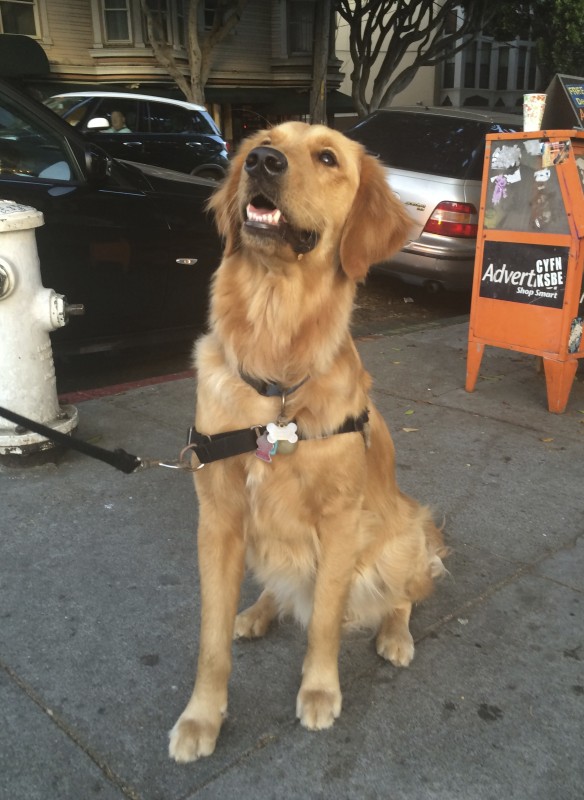 This entry was posted in Dog of the Day and tagged Golden Retriever, Russian Hill. Bookmark the permalink.