So very confusing. These two are apparently the same two I ran into back when one of them was just a puppy, in a local pub. And when I was there, I very conscientiously wrote down the following note: “Athena bigger 1 yr f, Bandit or Bandito m 10 wks Keeshonds”.

And yet now their mom and dad insist that their names are, and always were, Magnet (the older girl, now 2 years old, in the fetching red leash) and Velcro (the younger boy, just barely 1 year old, in the handsome blue combination). And I must admit, for a breed whose fur will pick up just about anything, those are a pretty good pair of names. And yet, where in the world did I get Athena and Bandit from? I don’t know… it seems to me that someone was teasing me, either now or then. (Just perhaps it was some random bar patron, who answered the question? Who knows.)

Ah well. I can put up with some ambiguity, if it means I get to photograph two gorgeous pups like these. 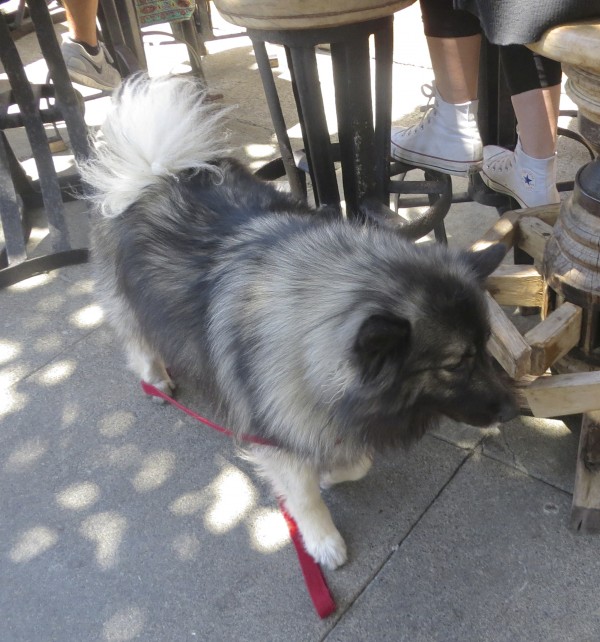 Some more pictures from out in front of our local watering hole, ‘The Bell Tower’. 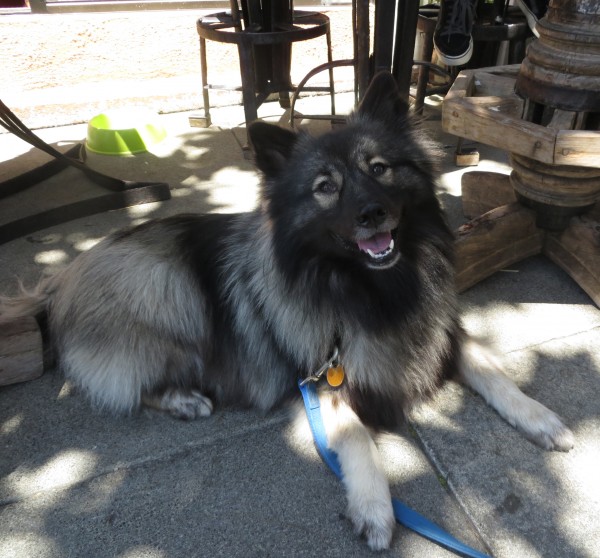 They’re one of those spitz-y kinds of dogs with the great grin. 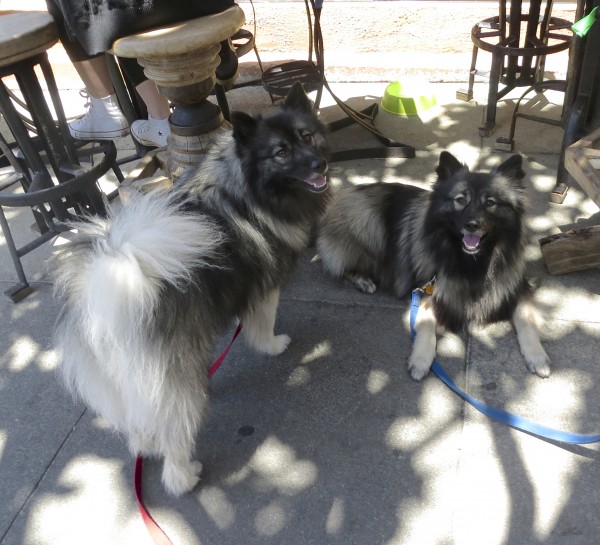 I don’t know what I did to deserve those expressions, but whatever it was, I hope I can keep doing it.

This entry was posted in Dog of the Day and tagged Keeshond, Nob Hill, Polk Street. Bookmark the permalink.