Dog of the Day: Basil the Dachshund/Labrador Retriever Puppy

Well, the fella I found walking this little guy was sure about the dachshund part of him, but the other half was unknown. And since I only got a couple of decent pictures (all the rest were spoiled by a lousy camera and a hyperkinetic puppy!) Autumn had a tough time with him. She finally hazarded a guess that he might be half Labrador retriever, though, and since that was the first thing I came up with (but had a tough time believing, size-wise), I’m going with that.

That said, though, it does raise a couple of intriguing questions. First, how big is this guy going to get? A standard dachshund actually isn’t all that small a dog, really: they average 15 to 28 lbs. And a lab is 55 to 80 lbs on average. Is this little guy really going to grow up to be somewhere in the neighborhood of 45 pounds? Alternatively, if he’s really half Lab, and he’s going to be little (20 lbs or so), doesn’t that make him more probably half miniature dachshund, half Lab? And if so… how? The mind boggles.

One more picture, after the break. (PS: I love the name Basil… Basil Woofbone, maybe? Rawfbone?) 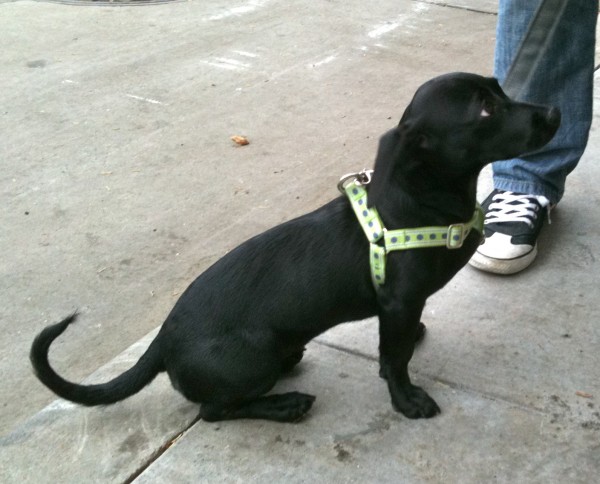 Wiggly puppies are the best kind. And they don't get a lot wigglier than dachshunds, or half-dachshunds in this case. 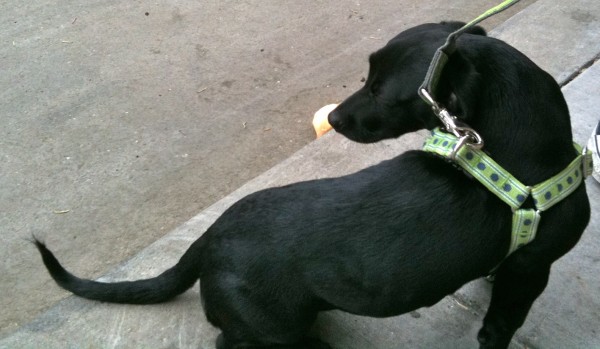 This entry was posted in Dog of the Day and tagged Dachshund, Labrador Retriever, Mixed Breed, Puppy. Bookmark the permalink.

61 Responses to Dog of the Day: Basil the Dachshund/Labrador Retriever Puppy