Dog of the Day: Boxer

After yesterday’s post, DoSF is back up near the top of the rankings on Google, under the search term ‘slightly late‘. Search Engine Optimizers, eat your hearts out! (Note: this might be because nobody ever searches for ‘slightly late’ on Google. And, really, why would they?)

So anyway, it’s Friday night and I’ve had a long week, so here is a dog who fits my mood admirably. He was out in front of the Apple store on Chestnut Street on Thursday. He was there for at least 20 minutes, and in that time he did not change his expression, his position, or his apparent mood at all. He wouldn’t even sniff at my hand, although when I scratched his neck just right his hind leg twitched a bit.

He’s either the most highly disciplined and patient dog I’ve ever seen, or really, really depressed. Or possibly both.

Second picture after the break. Of him in the same position. But at least it’s a different angle. 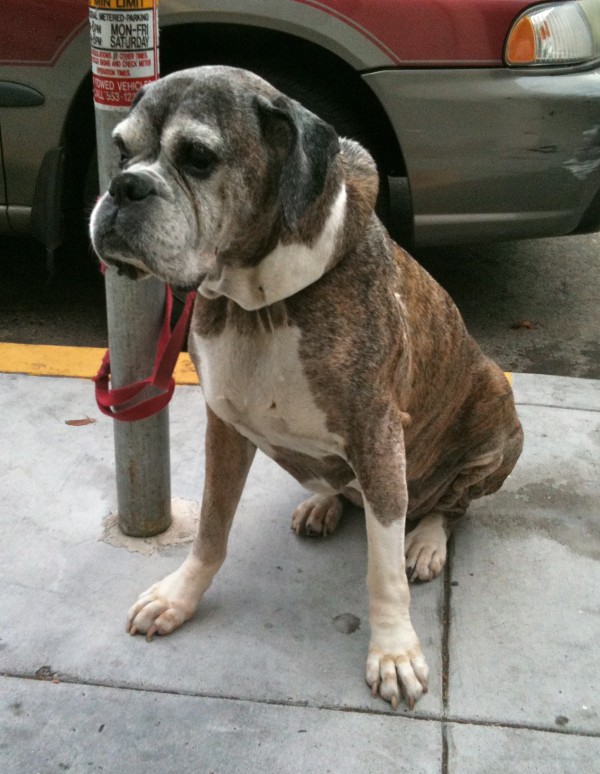 Look closely at the collar. He seriously looked like he'd been a saggy-skinned dog, and someone had pulled his skin up and bunched it around his neck and then tied it off with the collar to make (the rest of) him look more presentable. 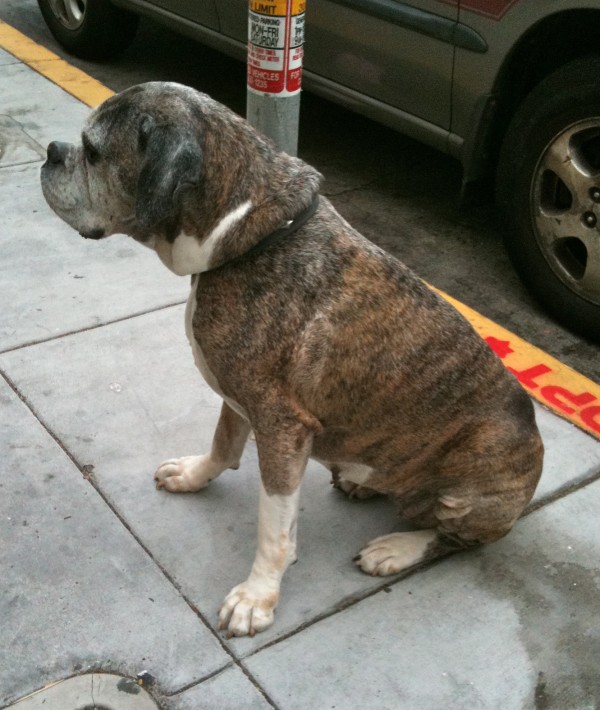 He looks like a pretty old dog. Maybe he just really is that patient and well-trained. If so, kudos to the trainer!

This entry was posted in Dog of the Day and tagged Boxer. Bookmark the permalink.