Actually, I think it’s a mint condition Volkswagen Transporter T1 Samba (sometimes called a Microbus, although I guess that more properly refers to the T2 version). This one would be the ‘deluxe 23-window’ variety. Why do I think this? Well, I could lie and say I’m an expert on such matters, but the fact is that I went googling and found this article. Looks pretty similar, huh? (Also, it appears to have 23 windows, so that’s sort of a hint.) 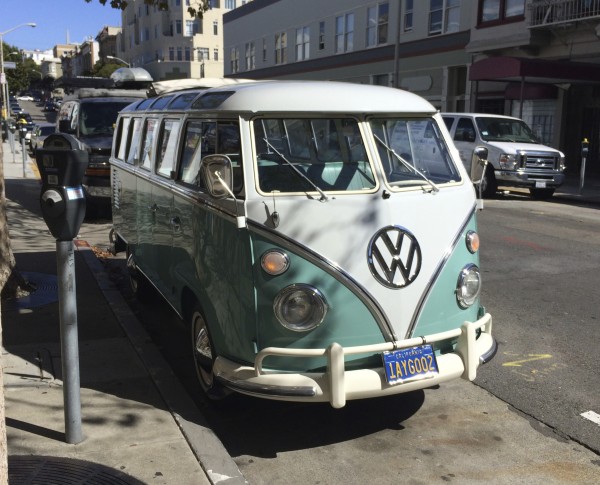 Yes. That is a van that is only a tiny bit taller than a parking meter. 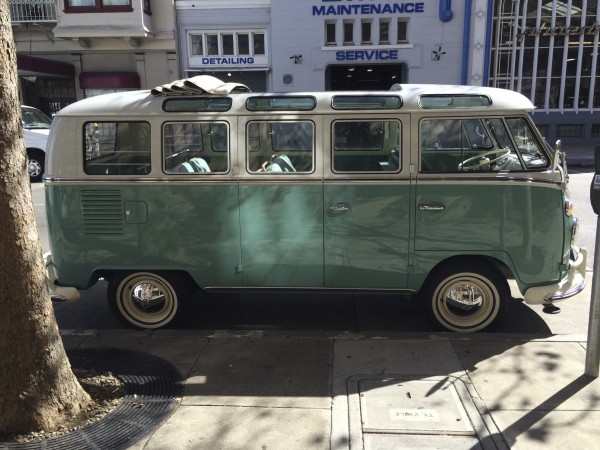 Parked conveniently right across the street from the garage! (I keed, I keed!) So… I wonder if it’s the same exact one from the NYT article?

This entry was posted in Sunday Switchup and tagged Car, Nob Hill. Bookmark the permalink.