Ran into these two outside the Bell Tower, a common spot for dog sightings. Their owner had an interesting story about Finn (11 months), who is a recent rescue and rather skittish still: it seems he was rescued ‘by ultimatum’. I don’t have all the details, but as best I can recall, they called her up to come take a look at him, and when she got there they told her he had some behavioral problems and that they were just going to have to euthanize him if she didn’t take him. Harsh! Fortunately, she was willing, and she’s slowly winning him over. (Jake is 7-ish and is a big old softie who loves everyone, including Finn, so that helps.) 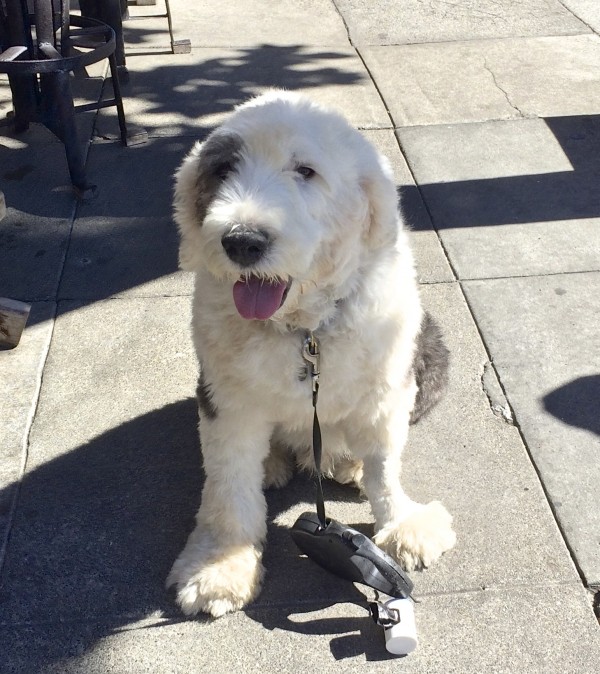 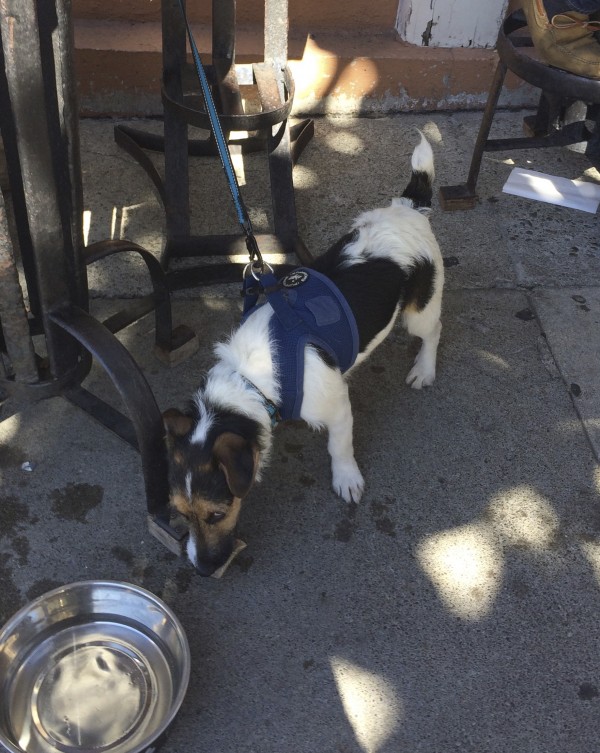 Skittish, yes. Finn was quite hard to get a picture of. 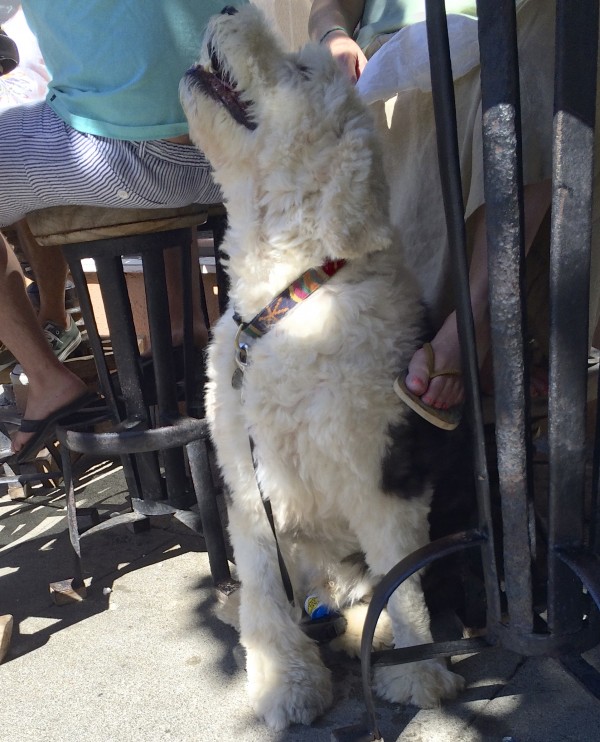 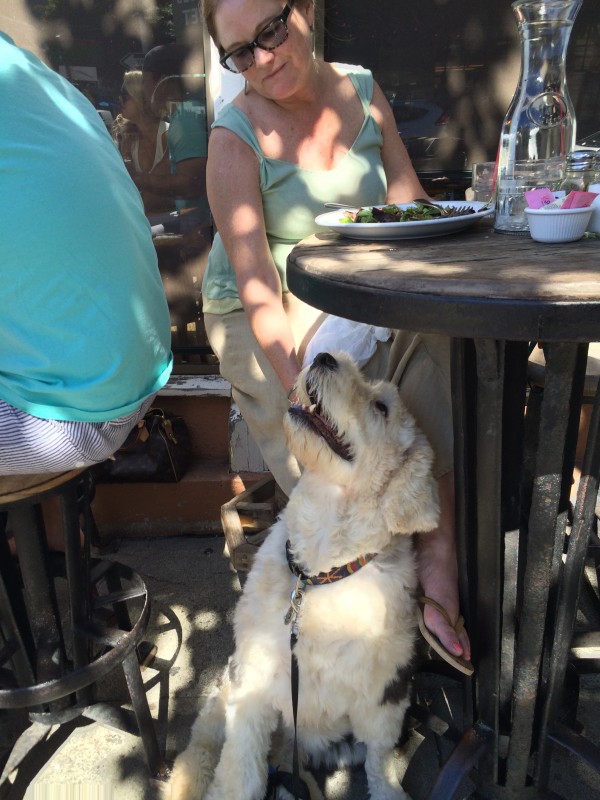 They have obviously been a team for a good (happy) long time.