Public Service Announcement  I keep forgetting, I should really say this more often: if I took pictures of your pup, and it’s been a while and I haven’t posted them, feel free to bug me about it in the comments. I literally have a backlog of 5000 dog pictures, of over 1000 dogs, just from the last two years. But if you’re reading this blog, you’re one of a rather rare breed, and I like making people happy by posting their pups. So tell me!

There are typically four reasons that I won’t have posted your pictures yet:

So three of the four possibilities just require a little prod. Feel free to apply it!

Now, with that said, here’s a pair of pups that popped up a full year ago, and I skipped over a couple times for reason 3. Remington and Winchester are NOW well over a year old, but when I took these pictures they were only three months old. They were, then, among the goofiest things (intermittently) on four legs. I suspect that things have not changed significantly in that regard.

The gentleman who was sharing in their journeys was a local artist. I thought about hiring him to design a tee shirt or two for me, but I already have lots of unused tee shirt designs. Maybe someday I’ll get a tee shirt printer and will be able to make all the different designs I want. 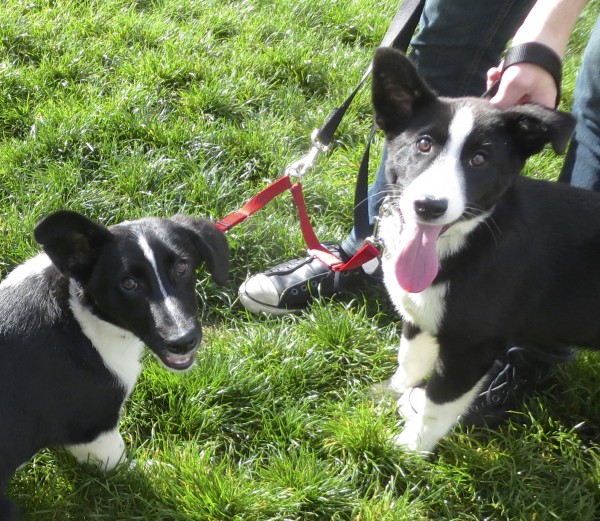 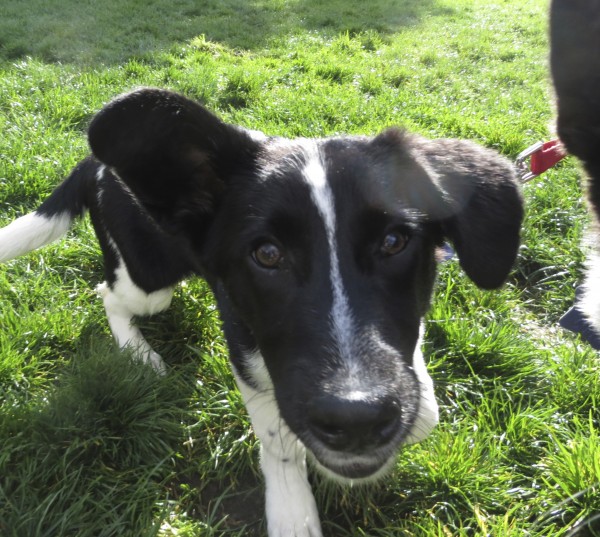 I find their names somewhat ironic… in that border collies are definitely not ‘gun dogs‘.

Two border collies. I really hope Ben knew what he was getting into. 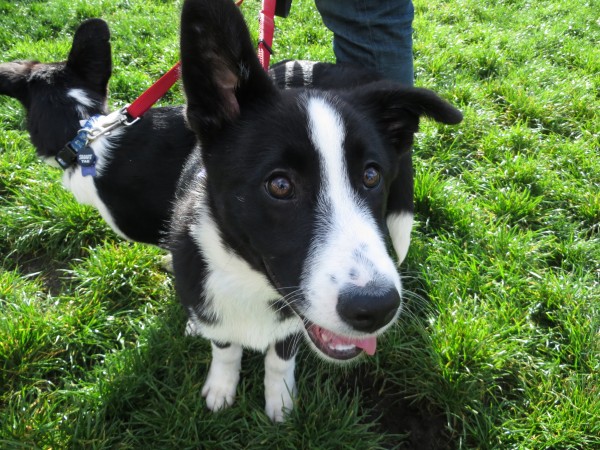 It still amazes me that they both had the same ear up and the same ear down. Although this guy’s down ear popped up sometimes, just for a change of pace. 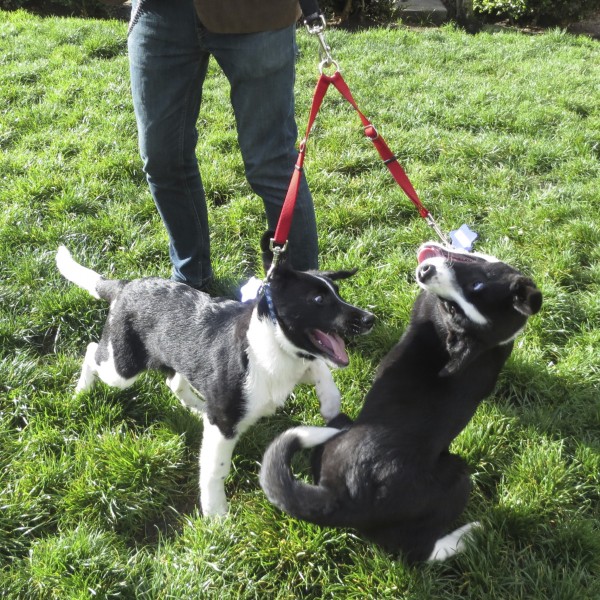 Just looking at the pictures makes me tired. Definitely a (double) handful.

This entry was posted in Dog of the Day and tagged Border Collie, Huntingdon Park, Puppy. Bookmark the permalink.