This is two days in a row that I have posted dogs that I just saw that day, a rarity for me. This time it’s not a tiny puppy, but it is an amazingly nice dog with a great story.

It seems that, back in December of 2010, Dexter and his sister were Macy’s window puppies. Dexter’s sister was adopted, and he was left all alone in the window, where he caught the eye of a woman passing. She hadn’t intended to adopt, hadn’t even been thinking about it, but something about Dexter drew her inside. Where, not to put too fine a point on it, the SPCA volunteers were very dubious, since spur-of-the-moment adoptions all too often result in dogs coming right back to the shelter two months later.

In fact, they were so dubious that they wouldn’t allow her to take Dexter, or even put him on hold until the next day. They kept saying, ‘You need to think about this.’

Well, she went home, and she thought about it, and she went to bed. And when the SPCA office’s opened the next morning (since Dexter had been rotated out of the Macy’s windows) she was there, ready to adopt him. And the rest, from what little I saw, was a match made in heaven. Dexter is a calm, happy, friendly dog, and seemed to know that I needed a little stress relief, which he graciously provided. And his mom obviously dotes on him.

Not shown, unfortunately, is what happened while I was standing there: another dog that looked JUST like Dexter, except fluffier, came up and introduced herself. Apparently Dexter’s sister looked just like him except fluffier, but this pup turned out to be from L.A., so probably not her. Still, they liked each other a lot, and consequently were moving around too fast for me to catch any non-blurry shots in the low light.

Also not shown, also unfortunately, are any shots of Dexter when he was in the Macy’s window. I went back and looked through my pictures from that year, but I didn’t have any of Dexter, although I do have another adoption story from that year. 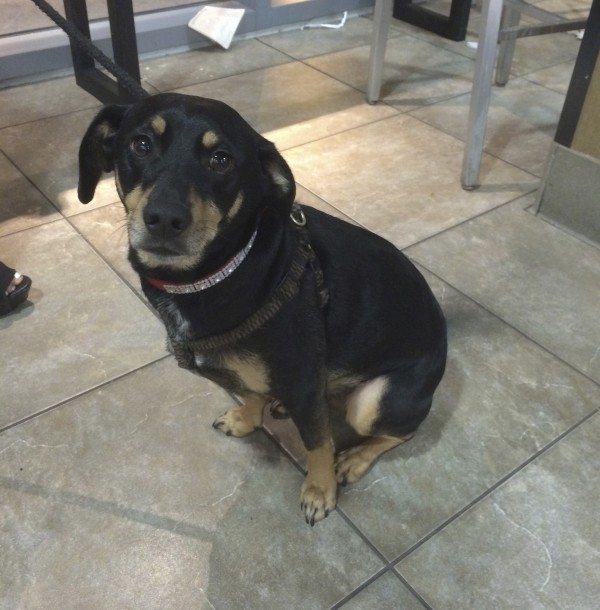 Dexter sits on command, but he also likes to then get up and come over and cuddle. 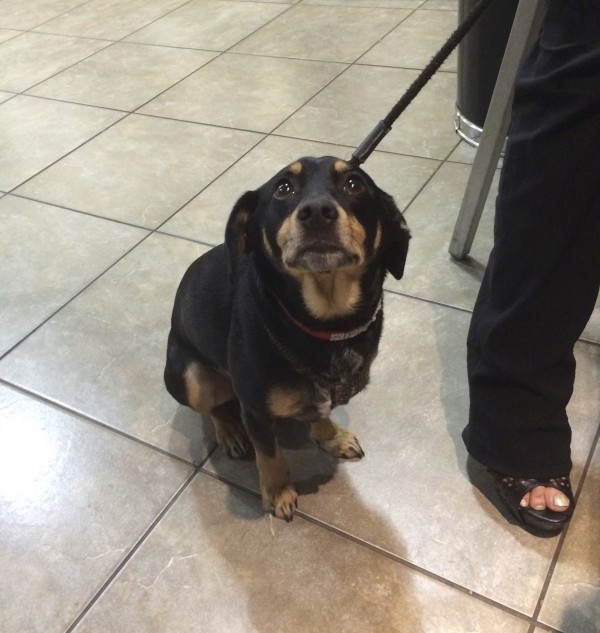 This entry was posted in Dog of the Day and tagged Beagle, Dachshund, Mixed Breed, SOMA. Bookmark the permalink.

4 Responses to Dog of the Day: Dexter the Grown-Up Macy’s Window Beagle/Dachshund Mix