Dog of the Day: A Christmas Adoption Story

A little holiday cheer for you. I’ve taken some minor liberties with the timing, but other than that, the story is perfectly true. Happy holidays, and may your coming year be full of puppy noses and glad wags, and empty of whines and whimpers. 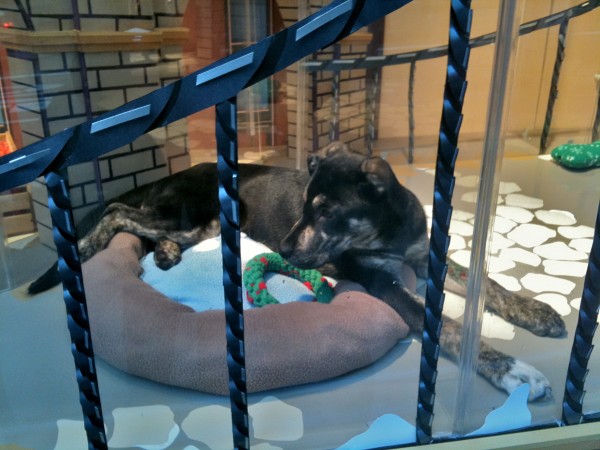 Riley sat in the Macy's window. It'd been a long Christmas eve, with so many people staring at him. Sure, he'd had a few walks, and he had some fun watching the cats next door. But he was starting to think nobody would adopt him. 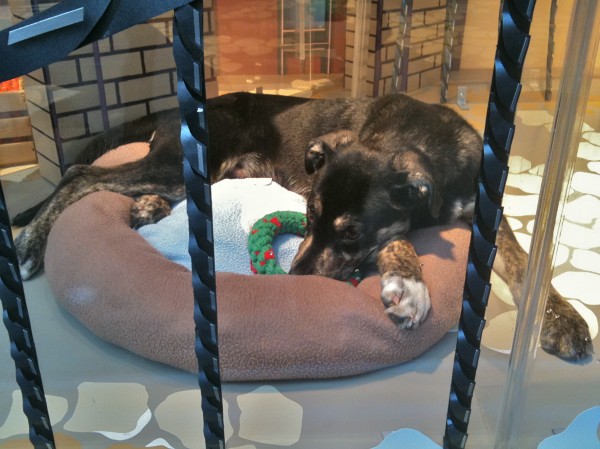 It was already almost 9... the store would be closing up soon, and Riley supposed he'd spend Christmas in his crate, and be back in the window on the 26th. It just wasn't fair... two of the kitties had been adopted, why not him? He hardly had the energy left to get up, even when the nice volunteer came to take him for a walk. 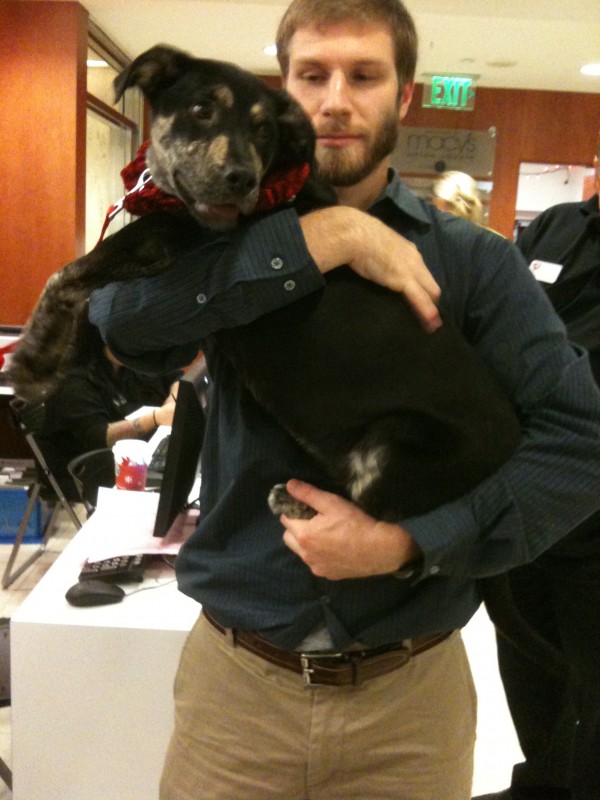 But the fellow didn't take him for the usual walk... instead, he brought Riley over to another part of the store, where a couple was waiting for him. The man picked him up and hugged him, and didn't seem to want to put him down... which was just fine with Riley! 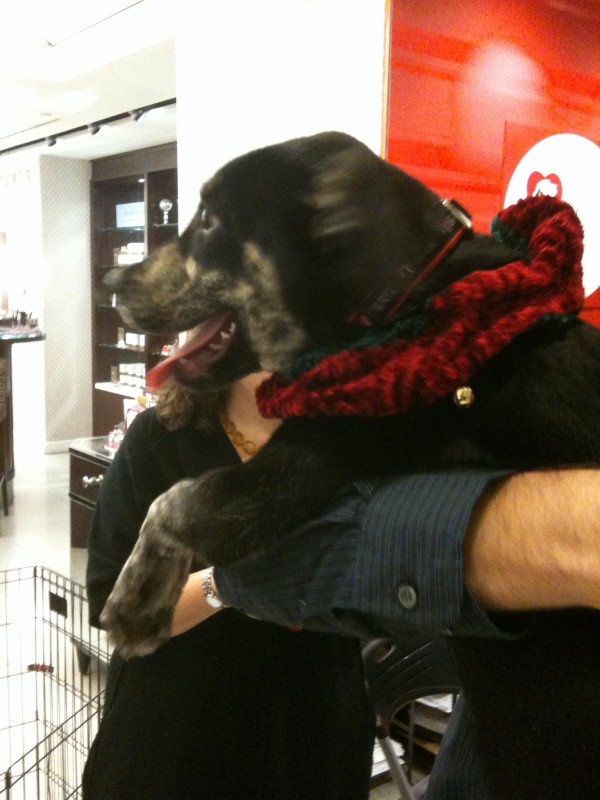 And, after they signed some papers, they all got in the car together and drove home. And, the next day, Riley got a bunch of toys, and even a new name, and they all had a very merry Christmas indeed.

This entry was posted in Dog of the Day and tagged Mixed Breed, Rottweiler. Bookmark the permalink.