Caturday Supplement: A Boy And His Cat

I ran into this guy taking his cat out for a walk. Needless to say, he was surrounded by admirers, and got a bit of attention from some passing dogs as well. I didn’t quite catch the kitty’s name: it was somewhere between Buffy and Poppy, with a possible stop at Fluffy or Floppy. Well, whatever, pretty cute.

Also, my point-and-shoot camera (Canon SX260 HS) just semi-died after two years and four months of service (which is to say, four months out of my credit-card-extended warranty), so most of my pictures are liable to be iPhone until I can figure out what to replace it with. 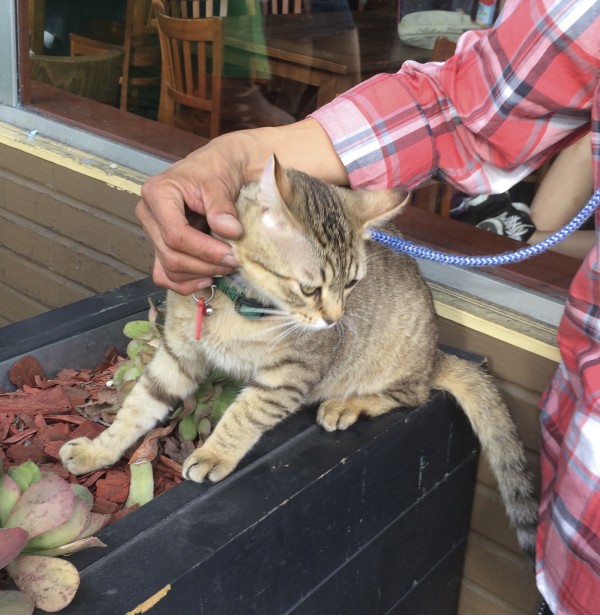 He was actually less skittish than the looks in these pictures. Still not exactly delighted though. 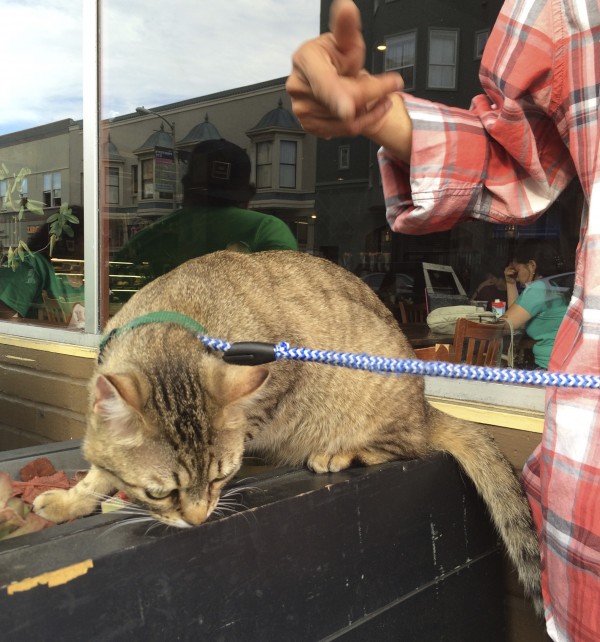 As best I could make out, he was looking at someone’s toes. 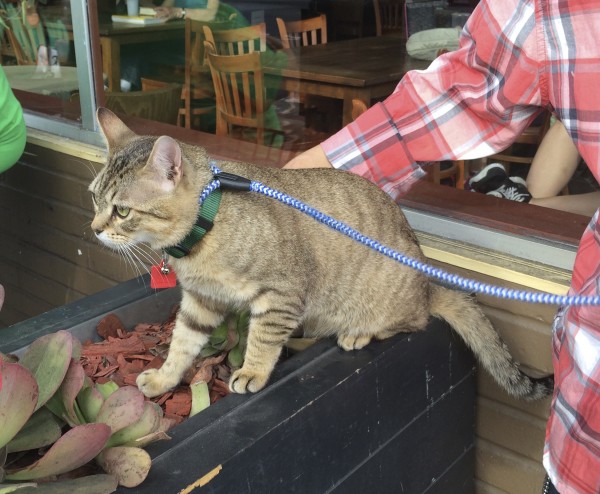 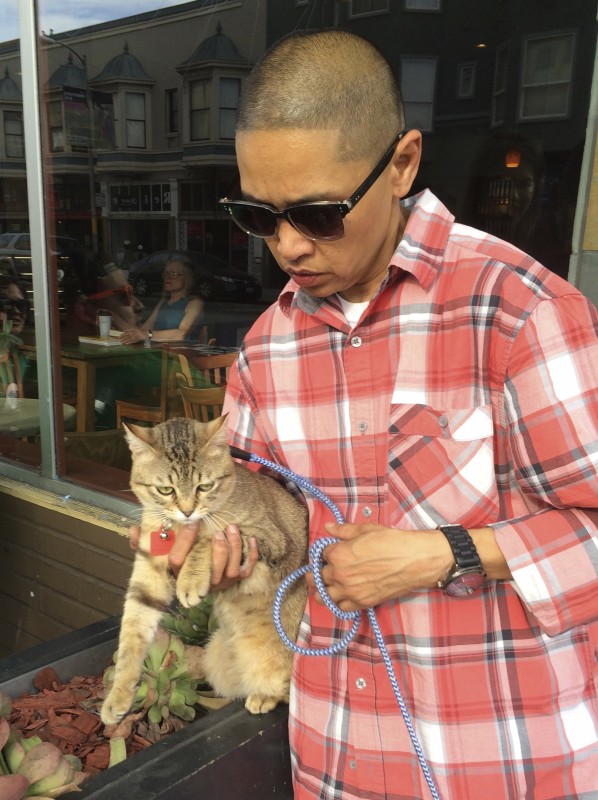 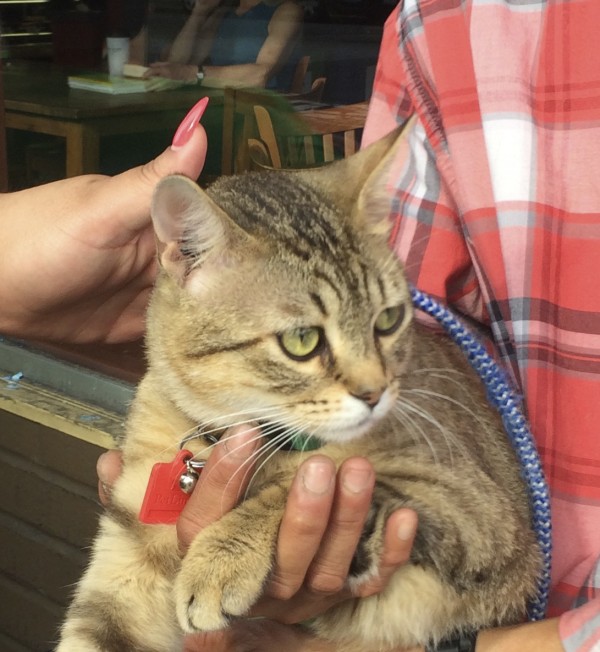 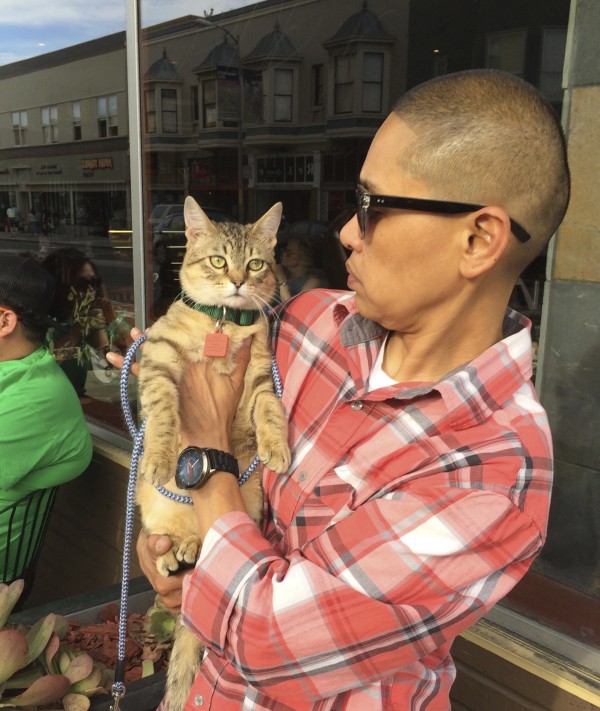 I’m not very good at reading feline expressions. It’s a lot harder than dogs. Ears erect and forward, but eyes open and pupils constricted (though that might just be because it’s bright.) Wary but not alarmed, maybe?

This entry was posted in Dog of the Day and tagged Cat, Nob Hill, Polk Street, Tiger Tabby. Bookmark the permalink.