A friend of Autumn’s has a lovely dog that she has to give up temporarily — they are moving into a place they can’t keep the dog, but are trying as hard as they can to find someplace that they can, and are trying to buy, rather than rent, which makes things easier. In the mean time, though, they need someone to take care of Finbarr, just for a few months.

According to Robin, he’s three years old, and very likely a ridgeback mix, which means high energy: he really needs an hour or more of exercise a day. He doesn’t get along well with cats, and may or may not get along with another dog… he’s apparently pretty dominant with them, though he’s fine around people. He has a loud bark, but if you don’t have dogs passing your home in sight/smell range on a regular basis this may not be a problem.

On the up side: he love his ball, so he’s easy to exercise, although I bet (speculation on my part) that he’d love to go jogging with someone too. He’s super-sweet and friendly with people. He’s well house-trained: no chewing, no ‘mistakes’, no doggie vandalism.

So, who will bite on this exclusive once-in-a-lifetime opportunity? 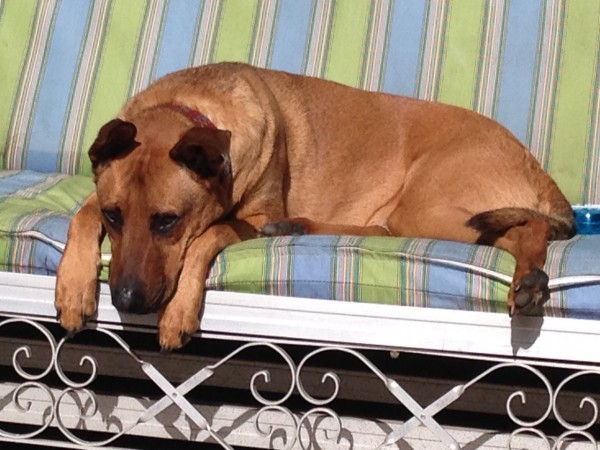 Hey, high-energy dogs require a lot of rest for those giant explosive bursts of energy. 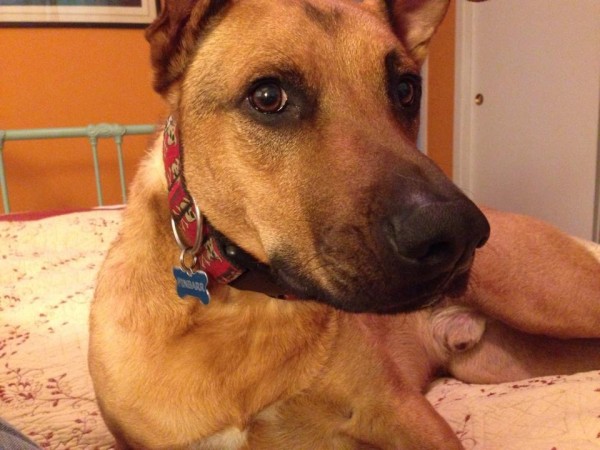 Yup, I can definitely see the ridgeback. Almost like a ridgeback/malinois mix.

This entry was posted in Dog of the Day and tagged Adoptable, Mixed Breed, Rhodesian Ridgeback. Bookmark the permalink.