Dog of the Day: Cola the Catahoula/Dachshund Mix

It’s hard enough to believe in a Catahoua/Dachshund mix, but what’s even more amazing is this: the first time I ran into Cola was over a year ago… and at that point he was already a year old! (None of those pictures came out, unfortunately.) So he’s not actually a puppy, he just looks like one. 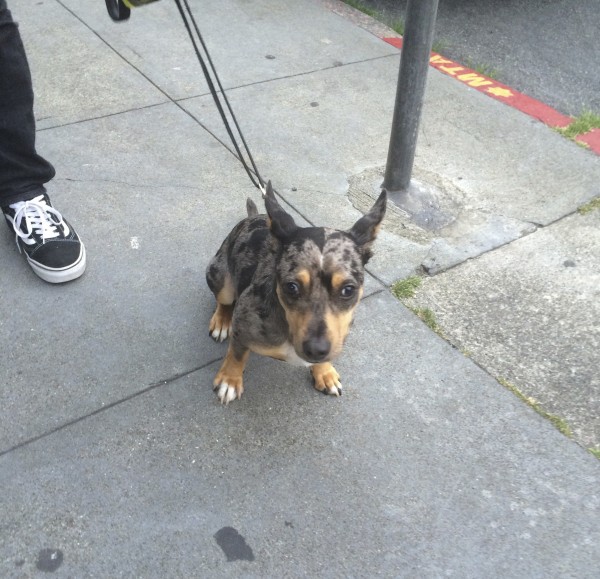 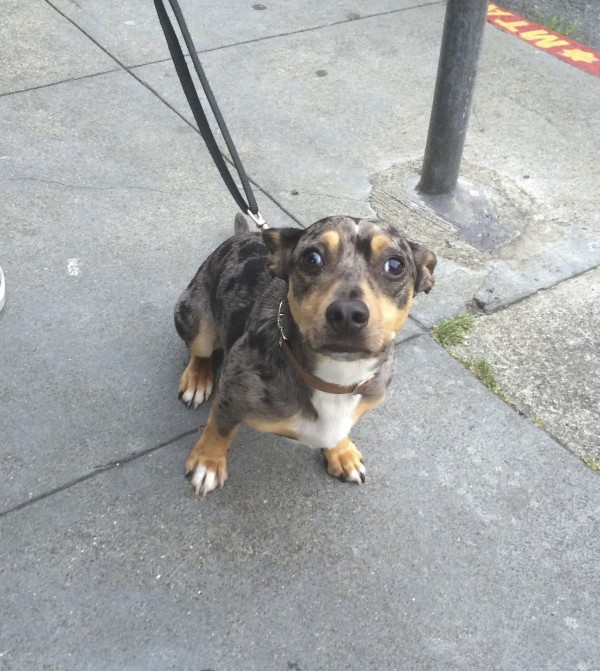 This entry was posted in Dog of the Day and tagged Catahoula Leopard Dog, Dachshund, Mixed Breed, Nob Hill. Bookmark the permalink.