Dog of the Day: Jake the St. Bernard/Golden Retriever Mix

Hah! Dogs of San Francisco, coming to you from Milwaukee, Wisconsin. We made it to our hotel, if barely. An interesting trip so far, that started with Autumn nearly missing our flight (she got there with almost 15 minutes before they closed the doors, so maybe ‘almost’ is an exaggeration) and ended up with us bringing the hotel night clerk a paper cup with a bedbug in it and asking politely if we could have a different room, that we didn’t have to share with quite so many other… beings.

But hey, at least it has WiFi, right? 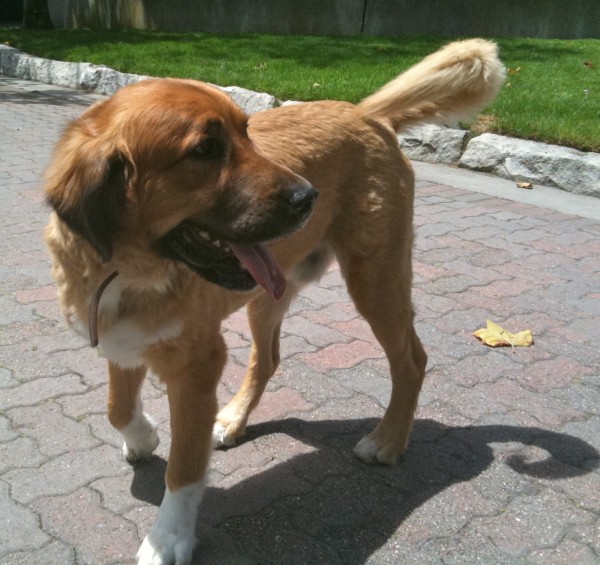 I know, I know. It looks like I photoshopped the head of a St. Bernard onto the body of a golden retriever. I promise, that's well beyond my ability. 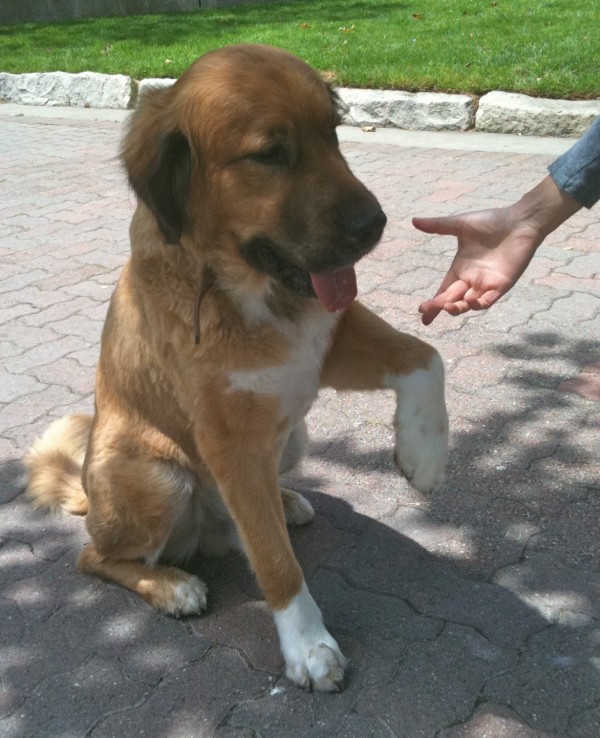 Halfway through a 'shake!' trick. Look at the concentration, the furrowed brow... 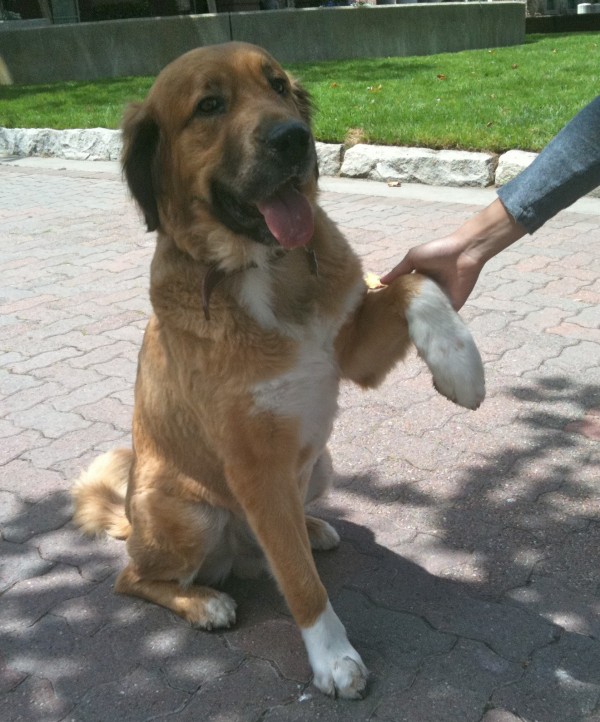 ...and the happy face when he gets it right. 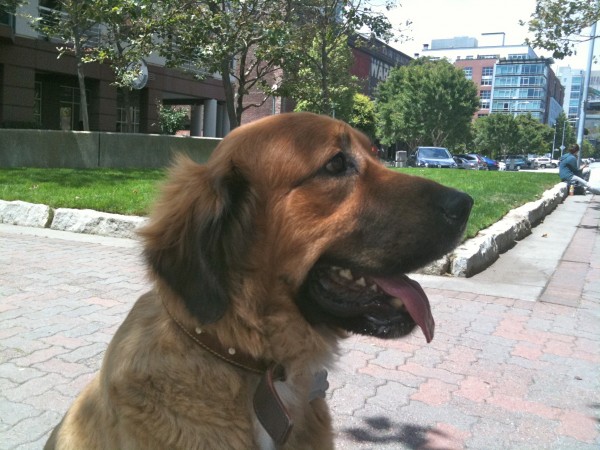 What a ham. If I ever make a Dogs of San Francisco book, this guy will be in it for sure.

This entry was posted in Dog of the Day and tagged Golden Retriever, Mixed Breed, St. Bernard. Bookmark the permalink.

13 Responses to Dog of the Day: Jake the St. Bernard/Golden Retriever Mix