Dog of the Day: Hudson the Leonberger

I was walking down Polk Street by Wags (an awesome ‘dog wash’ near my home) a week ago and I looked in, and I thought, ‘Wow, is that a Leonberger?’ I snapped a couple of pictures through the window, wishing I’d been lucky enough to run into him when he got there, and wandered off.

Several hours later, I was walking down another section of Polk Street, and who should I spot but that same dog, who turns out to be named Hudson and to be 7 months old. Yes, that giant bundle of fur, drool, and love is still a puppy. 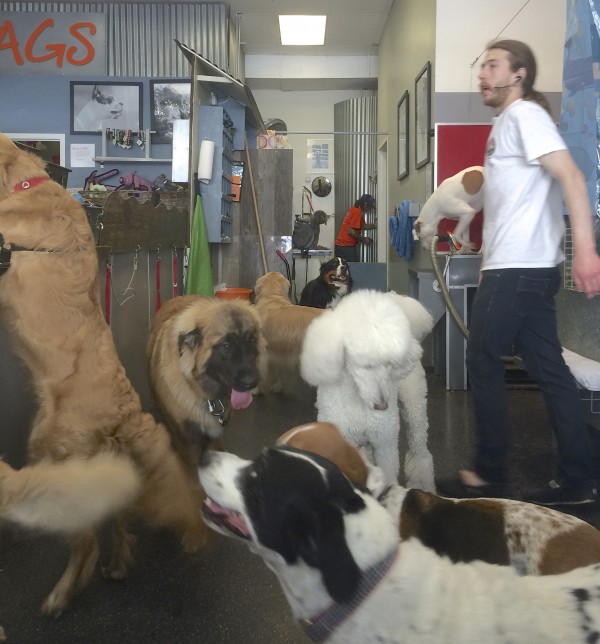 That’s him, of course, with the tongue. Also shown: three golden retrievers, a standard poodle, a border collie (mix?), some kind of hound, and, peeking in from the back, a Berner. 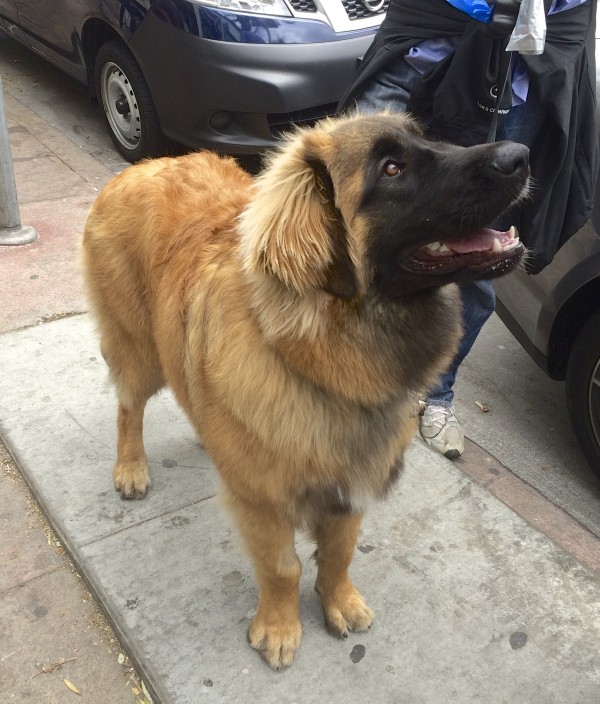 Their faces are so neat. It looks like he dipped his into a pot of India ink. 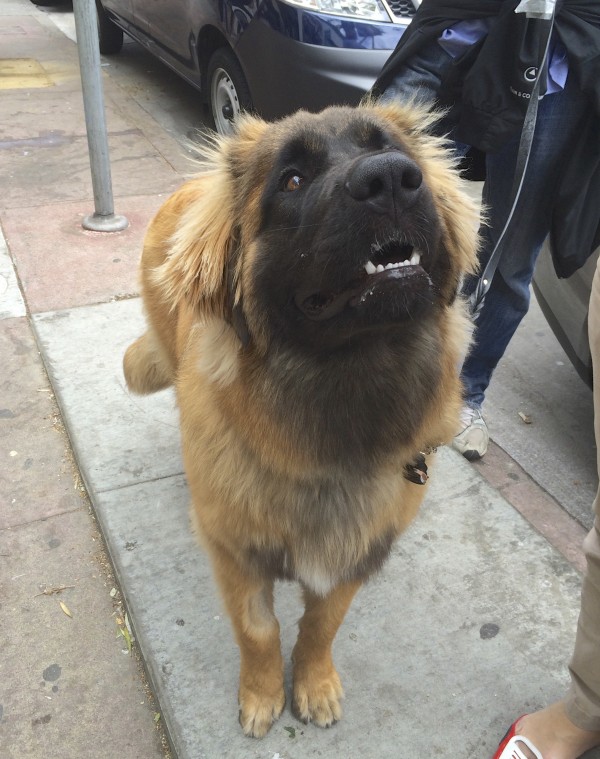 Something has captured Hudson’s full attention. 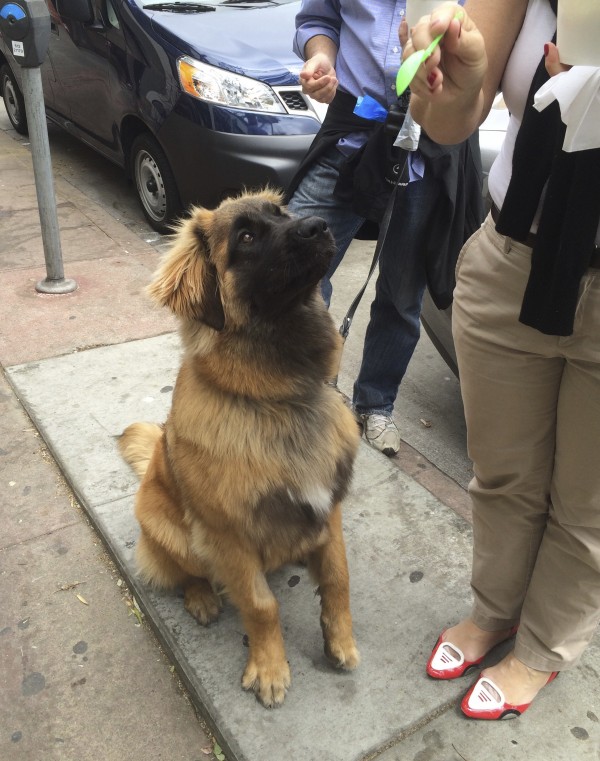 Yes, that’s a spoonful of vanilla ice cream, one of Hudson’s favorites. 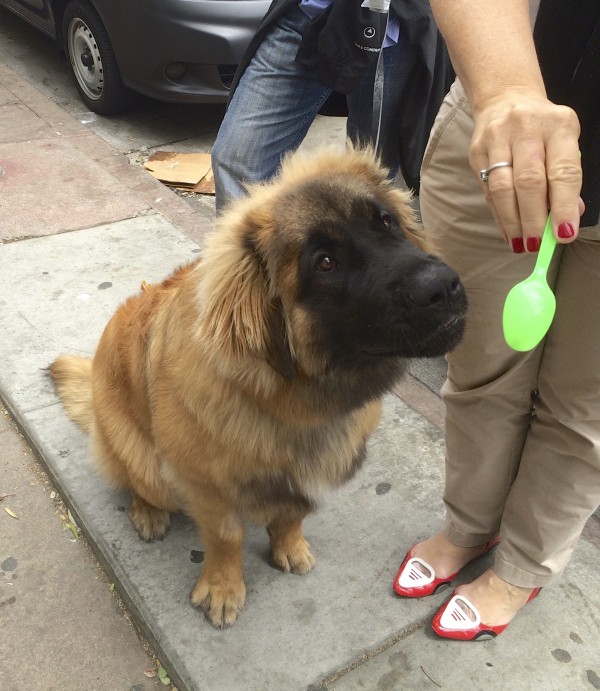 Yes, poor Hudson did eventually get the ice cream. Yay!

This entry was posted in Dog of the Day and tagged Leonberger, Polk Street, Russian Hill. Bookmark the permalink.