Edit: Oh man, I can’t believe I didn’t even look. It turns out we’ve seen Jax before! 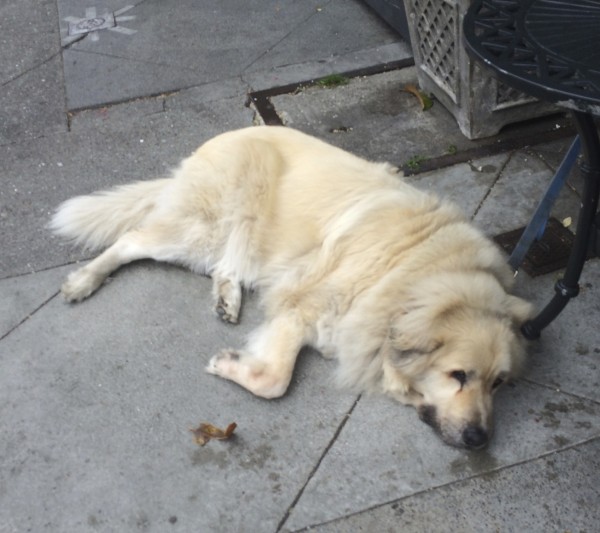 I would give a lot to be able to relax that much, even just for one night a week. 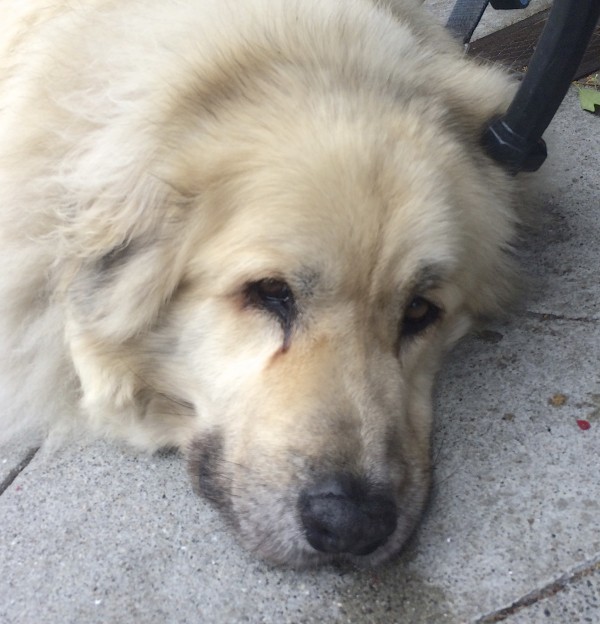 He opened his eyes and looked at me, but didn’t seem at all inclined to expend any effort at actually greeting me. Hmf.

This entry was posted in Dog of the Day and tagged Anatolian Shepherd, Great Pyrenees, Marina, Mixed Breed. Bookmark the permalink.