Dog of the Day: Dakota the Airedale Terrier

Dakota (whether North or South is unknown at this time) was hanging out all by his lonesome in front of a restaurant in the Marina district, but I ran into him a little while later in company, which is where I learned his name and the fact that he’s seven. The fact that he’s a total sweetheart I worked out all by myself. 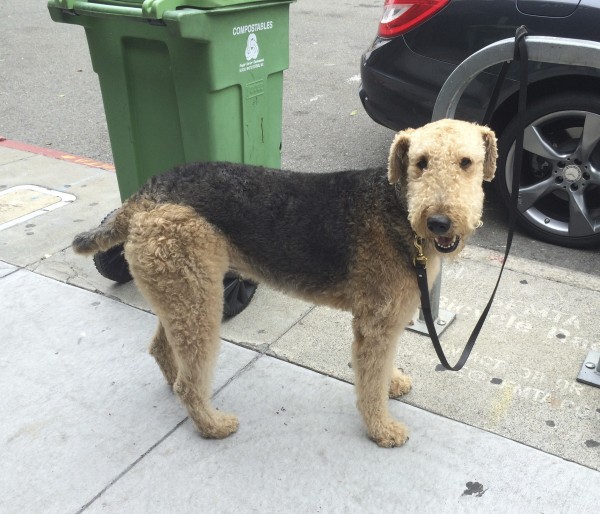 It’s been a good month or so for Airedales… I just posted Duke about a week ago, and I still have two more to post. 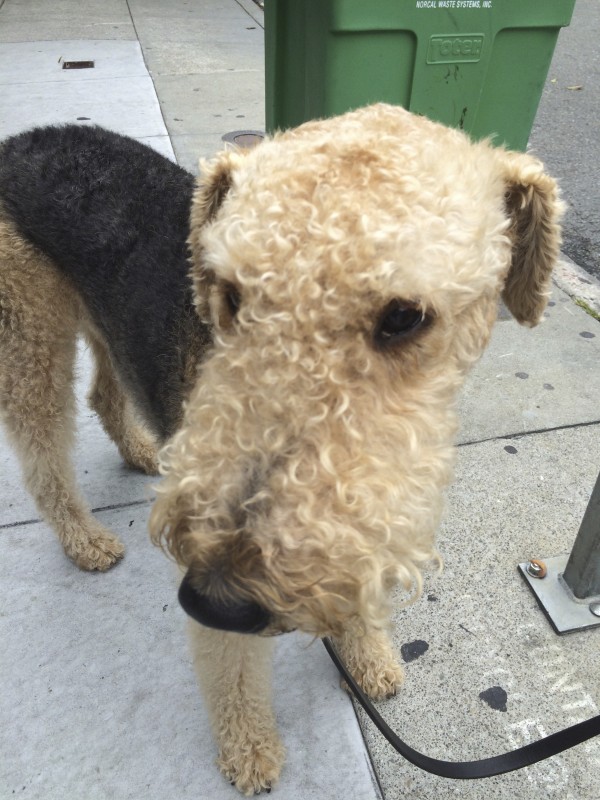 Airedales were originally used for hunting otters. Tragic! Fortunately they are no longer forces for evil.

This entry was posted in Dog of the Day and tagged Airedale Terrier. Bookmark the permalink.