I have been walking by this guy at least two ore three times a week on the way to work for most of the last 12 years now, at three different jobs. For a while he vanished and then he reappeared — apparently he was stolen, and then recovered — but most of the time he just hangs out there, looking suave. And also, at least to someone, cold, because when I went by him one day last week he was wearing quite a nice jacket.

He’s got to be Hermes, right? Or, if not, at least some other messenger. He’s got the wingéd ankles. 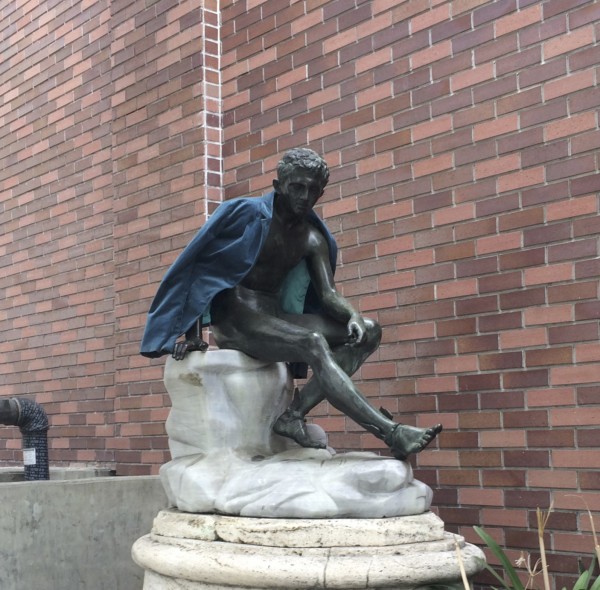 He looks pretty relaxed, whoever he is.

This entry was posted in Sunday Switchup and tagged Art, Nob Hill. Bookmark the permalink.