Anyone want to give me some help here? This pup has me stumped. At first I was thinking flat-coat, then I thought golden retriever mix, but the more I look at him the more I think that he might either be a Gordon setter mix or an Irish setter mix. Look at those ears! But the muzzle goes almost straight out from the forehead, and it’s pretty thick. And he has a purple spot on his tongue, which can be a chow thing but can also happen with golden retrievers and several other breeds of dog.

And yet somehow he looks like such a coherent whole, like he was a carefully-bred dog for some mysterious (yet friendly and helpful) purpose… maybe world peace, or helping people across the street.

For now let’s call him an ‘unknown setter mix’, and maybe someone will chime in with another idea. 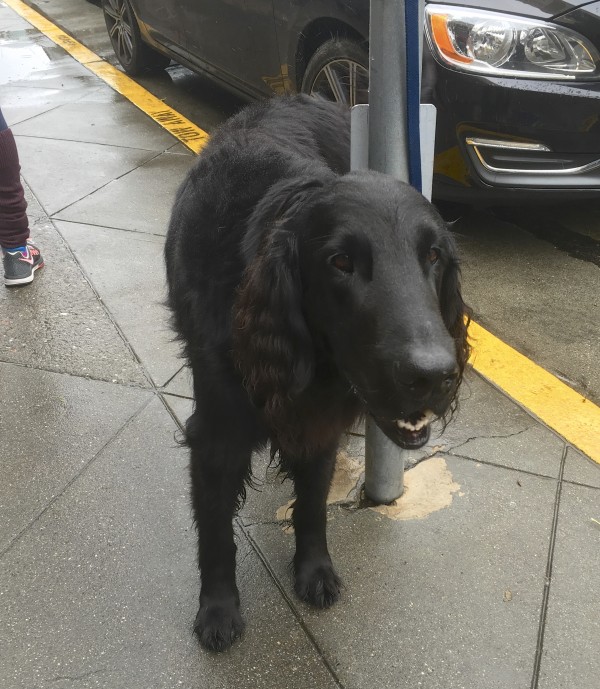 Whatever he is, at least one breed in him is a water-adapted dog, because he was obviously delighted to be hanging around outside in the rain.

This entry was posted in Dog of the Day and tagged Chestnut Street, Marina, Unknown Mixed Breed. Bookmark the permalink.

2 Responses to Dog of the Day: Unknown Setter Mix?