Dog of the Day: Sophie the Golden Retriever Assistance Dog

I met a woman at the farmer’s market at the San Francisco ferry building who was out with her assistance dog. Apparently someone had come up to her earlier that day and gave her dog some jewelry, pretty much at random. I suppose it was intended to go in a human being’s hair, but it looks pretty nice where it is.

Another picture after the break. 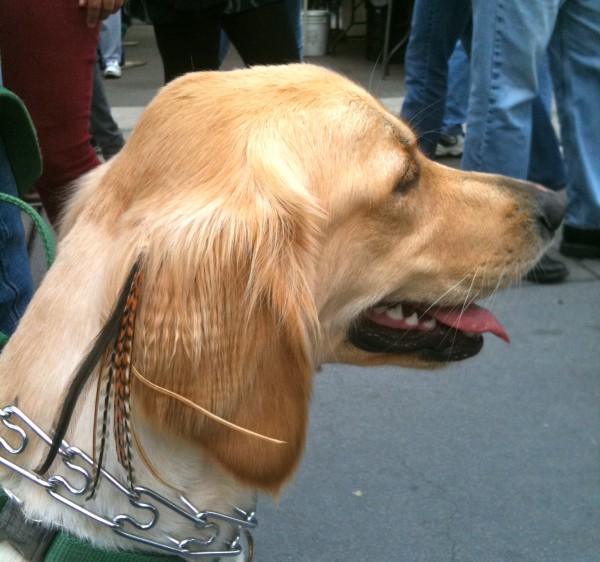 It matches her fur so well, it's like it was made for her. 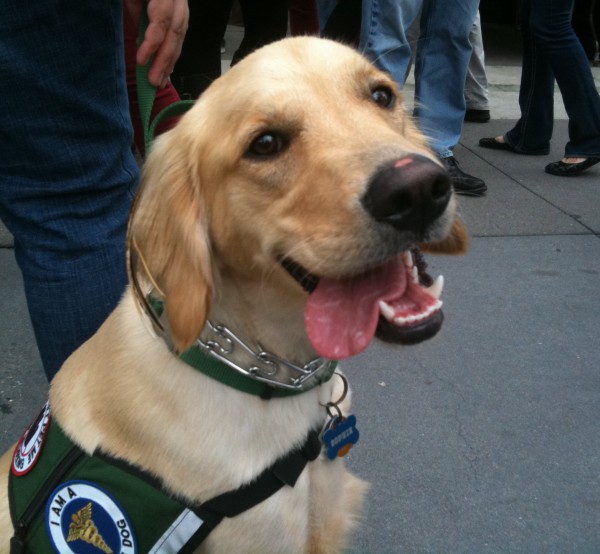 Yup, that's a golden retriever all right. With a pink spot on her nose, yet. Maybe it's from being kissed so often?

This entry was posted in Dog of the Day and tagged Golden Retriever. Bookmark the permalink.