Dakota! Dakota is a pit/probably boxer mix. He was adopted from Family Dog Rescue, where his mom happens to volunteer. My notes say that he likes turning around in circles and is fascinated by doors, but hey, who doesn’t, and who isn’t?

I ran into Dakota and his mom today on the way to work. Now, it just so happens that I had run into Dakota before — twice, even! — and his mom gently reminded me of that fact, and I reminded myself that I had not, in fact, posted any pictures of Dakota. (Inexcusable!) She also asked me if I had gotten any good pictures, because she’d recently lost her phone and all the photos she’d had of him. So I had to run home after class and see what I had.

It turns out I didn’t post the first set of pictures because they all had serious problems with shadows. The first picture down below is an example of that, although it does at least display his adorable spotted nose to good effect. And it turns out I didn’t post any of the (very small) second set because I am a rude slacker. Especially since Dakota has such a great smile in several of them. 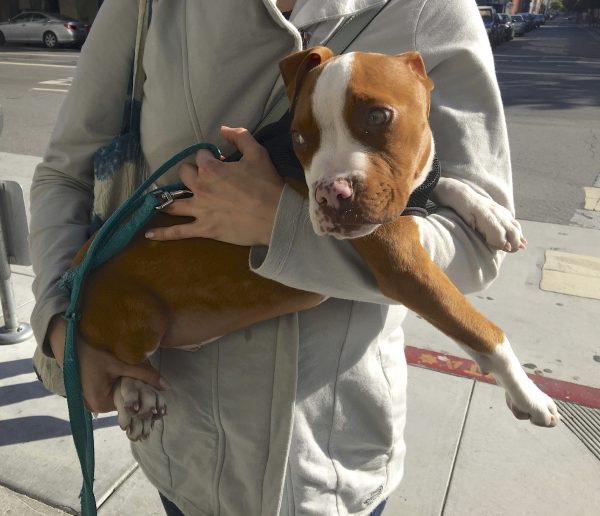 This is Dakota on May 27th. At that point he was supposedly 3 to 4 months. 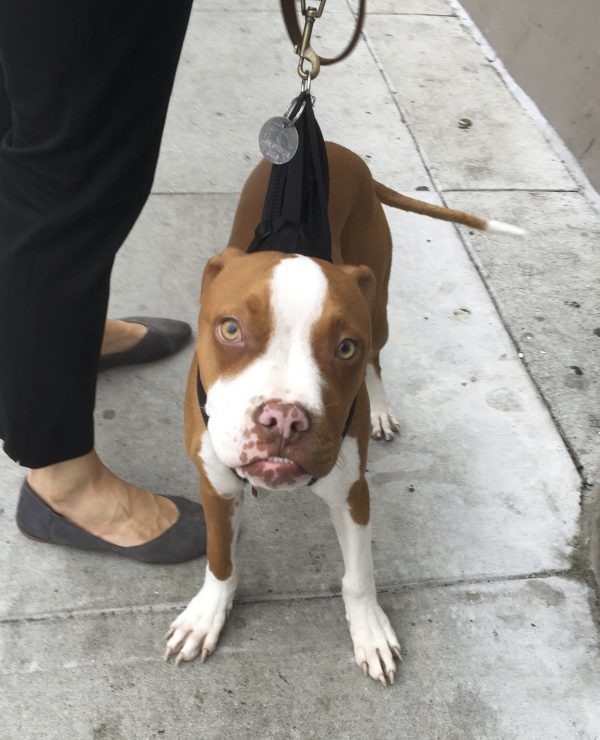 And this is from August. I didn’t notice quite such a ridiculous underbite when I saw him today.

This entry was posted in Dog of the Day and tagged American Pit Bull Terrier, Boxer, Mixed Breed, Puppy, SOMA. Bookmark the permalink.

2 Responses to Dog of the Day: Dakota the Boxer Pit Bull Mix Maybe