A ridiculously adorable fluffball. He spent all day in the window, but it was only because his adopter picked him out on the way to work and couldn’t pick him up until after work. I would’ve just taken the day off, personally. You have to have priorities! 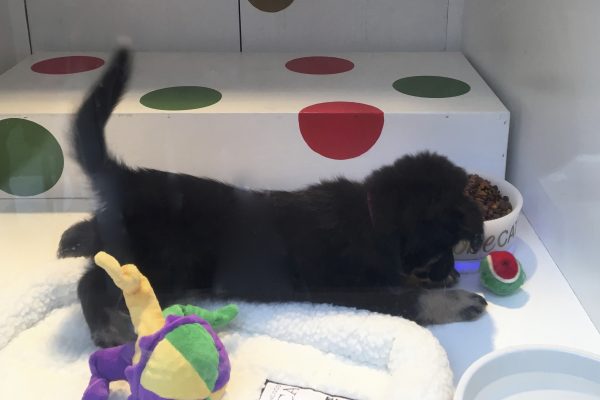 He was utterly puppy-hyperactive the entire time I was standing there. Which was not long enough. 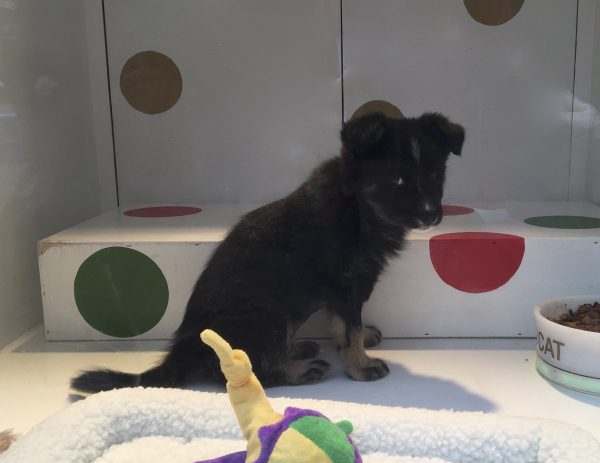 Oh god don’t look directly into the puppy or you will melt. 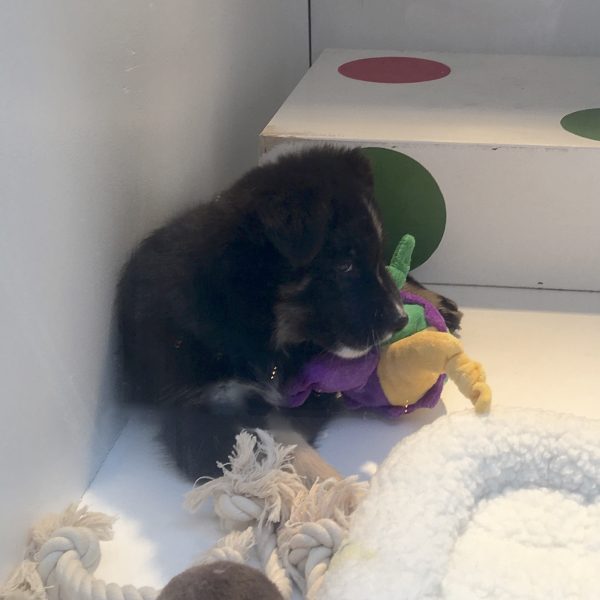 He had at least five different toys in there, and played with every single one while I was watching.

This entry was posted in Dog of the Day and tagged Macy's, Puppy, Union Square, Unknown Mixed Breed. Bookmark the permalink.