For your belated Christmas day, something a little special: I found some people at Macy’s and badgered them mercilessly until they let me take pictures of them ‘interviewing’ one of the window puppies for possible adoption. I do not know what their ultimate decision was, but I have every hope that this as-yet-unnamed-by-them puppy was able to melt their hearts.

I got some video too but I do not have the energy to upload it today. Maybe some other time. Apple’s Live Photos are amazing for this sort of thing, but the effort involved in putting them on WordPress is just not something I can face right now. 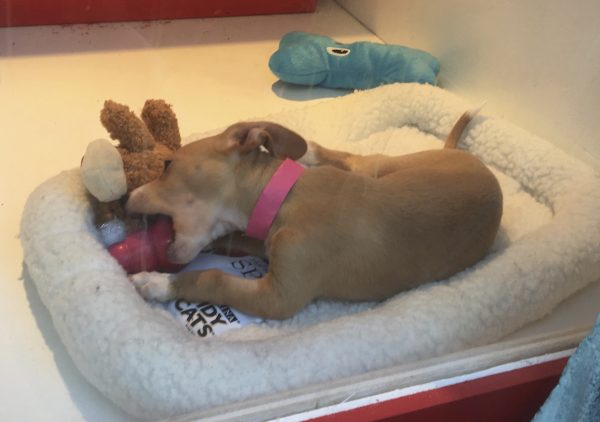 There she was, in the window, never suspecting what fate had in store for her. 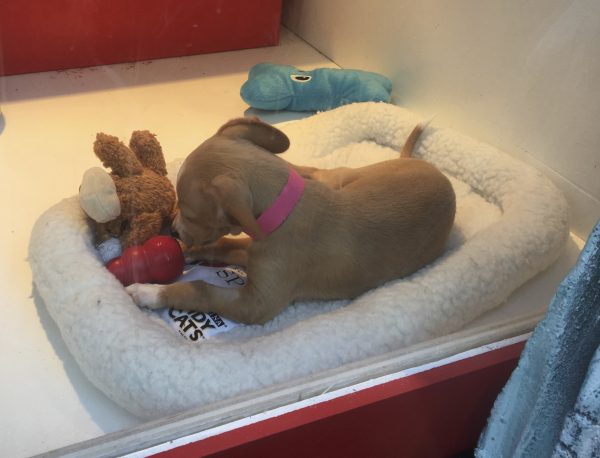 She seemed very perplexed by the kong toy. Certainly entertained by it too, though. 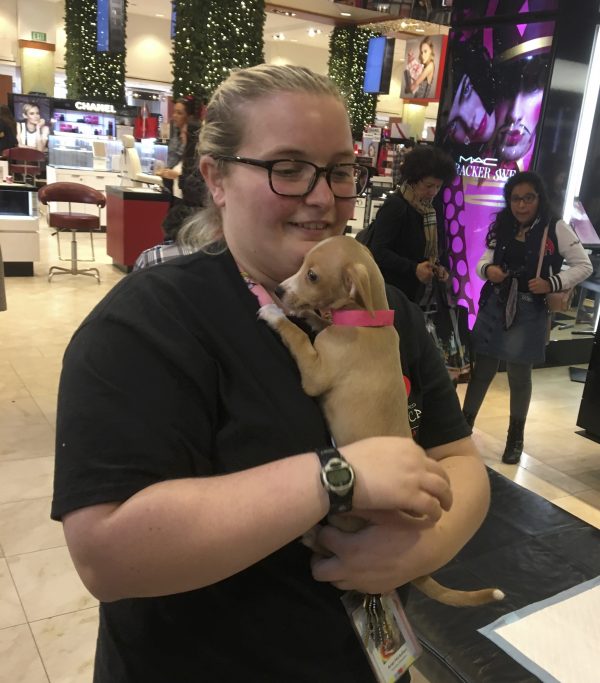 Jerked suddenly from her window into a world she never knew existed, she… hmm. That seems unnecessarily dramatic. Anyway, she had to be taken out of the window regularly for poop breaks. 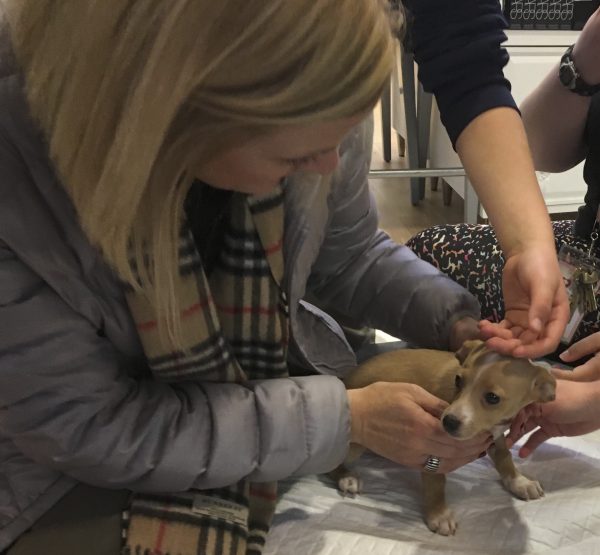 She was shaking for about the first ten seconds of the adoption interview, and then she totally calmed down. 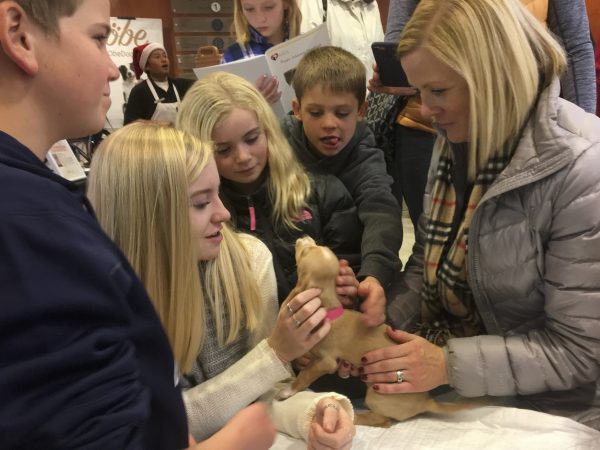 She absolutely adores people, even crowded around her. 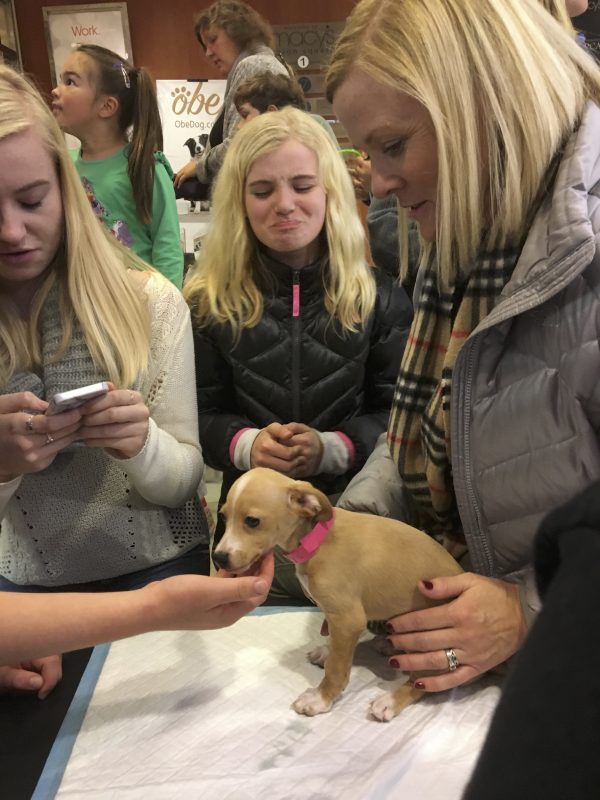 Going to let the next few go without captions or hovertext. 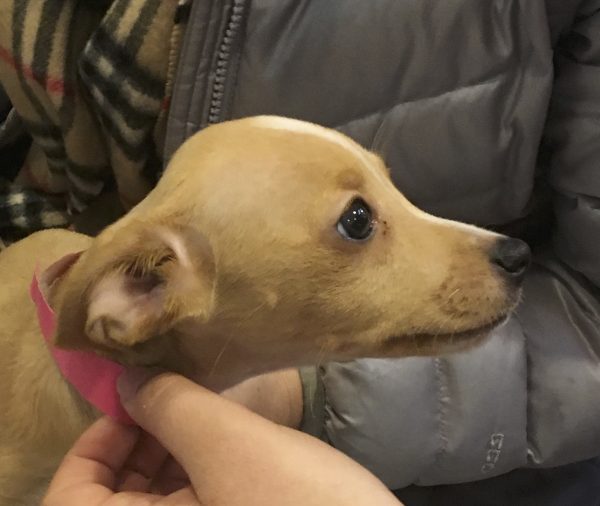 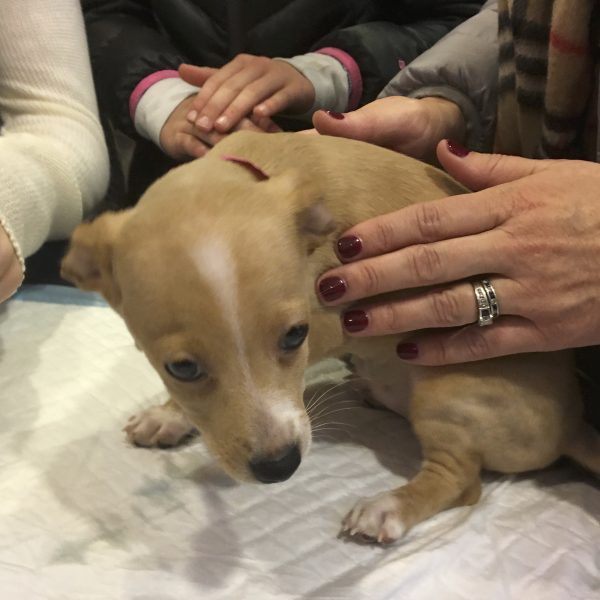 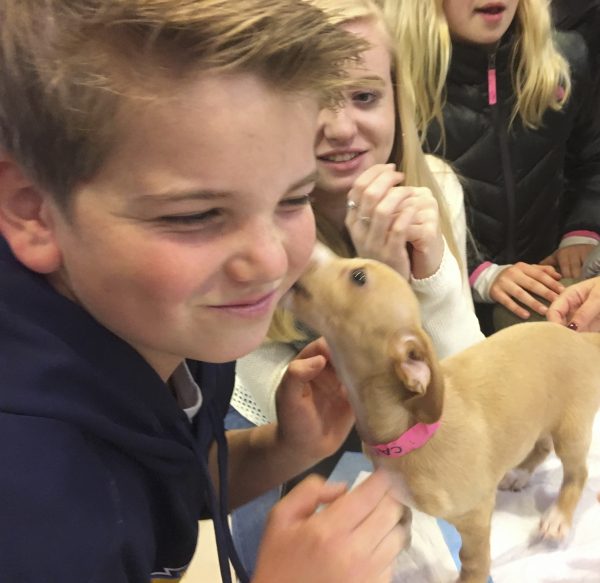 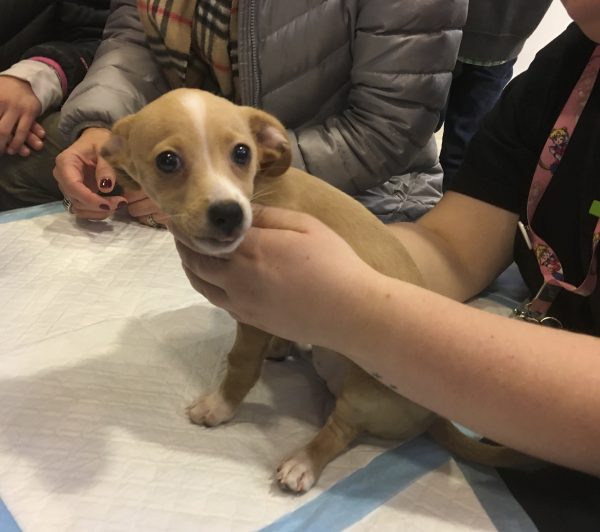 Just so photogenic. Note the tiiiiny bit of tongue peeking through.  (From here on has hovertext.)

During the hiatus between Christmas and now, word came in: it is official. This pup’s name is Zuzu (after the little girl in It’s A Wonderful Life), and she has been formally adopted by these fine folks. Here are a couple of pictures of her in her new home. 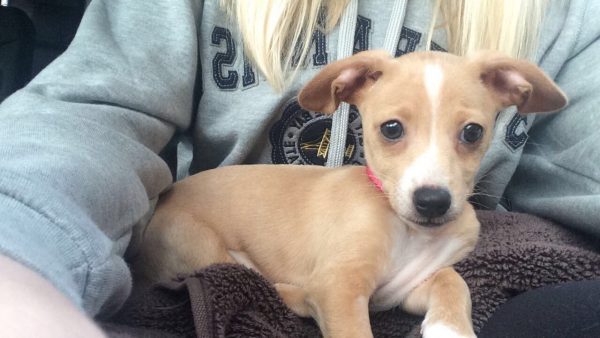 I love the natural racing stripe. I bet she’s fast. 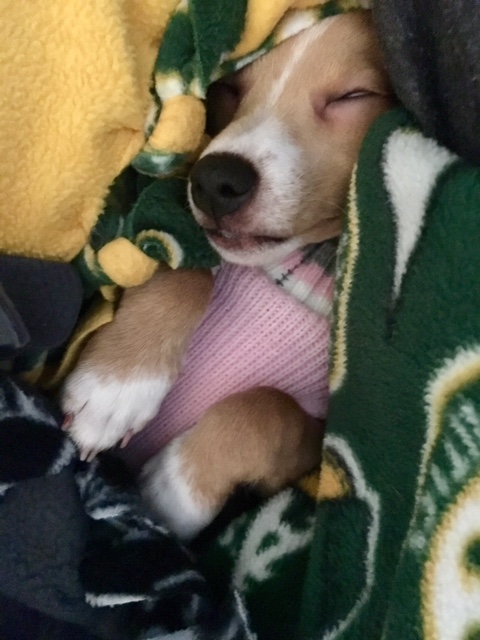 Okay, that’s just too much. 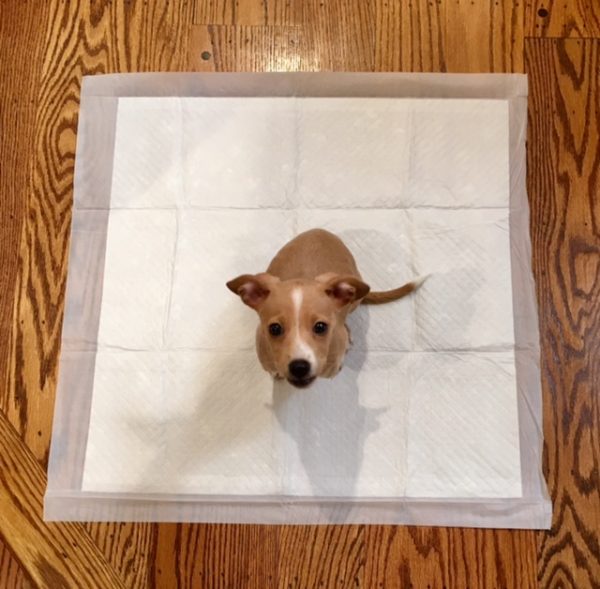 An introduction to the realities of having a puppy. Eh, I’m sure this cutie will master house training in no time.

This entry was posted in Dog of the Day and tagged Adopted, Chihuahua, Macy's, Mixed Breed, Puppy, Union Square. Bookmark the permalink.