A Caturday in Remembrance of Desmond

Posted on February 4, 2017 by Devin Rupperstein

Note: Adam here. One of my friends from Hipmunk recently lost one of her best friends, and she asked me if she could do a caturday post in memory. How could I say no? So here is Devin, with some pictures her kitty, Desmond Decker.

Desmond Decker, named after the late Jamaican singer and songwriter, came to us after being bounced around between three or four short lived “homes”. At the time, we already had a cat, but when our neighbor asked if we had room for one more, there was no way we could say no. He was a charming orange tabby estimated to be around three years old (he had no records). He was very nervous, shy, and anxious. It was understandable. But after being a part of our family for ten years he no longer was the nervous cat that was scared to be moved around. He was vocal, affectionate, and a brother to two other family cats (Cyclone and Canary). His favorite pastimes were looking out the window, getting belly rubs, clawing the scratching post, and well, catnapping.

It is with the heaviest heart that I must announce the passing of our Desmond. On January 19th, 2016, Desmond had to be put down for liver failure. It was obvious that he was in pain. And although his sudden change in health came unexpected, we could not bear to see him suffer. We love him and miss him very much.

Thank you Desmond, for bringing us so much joy. 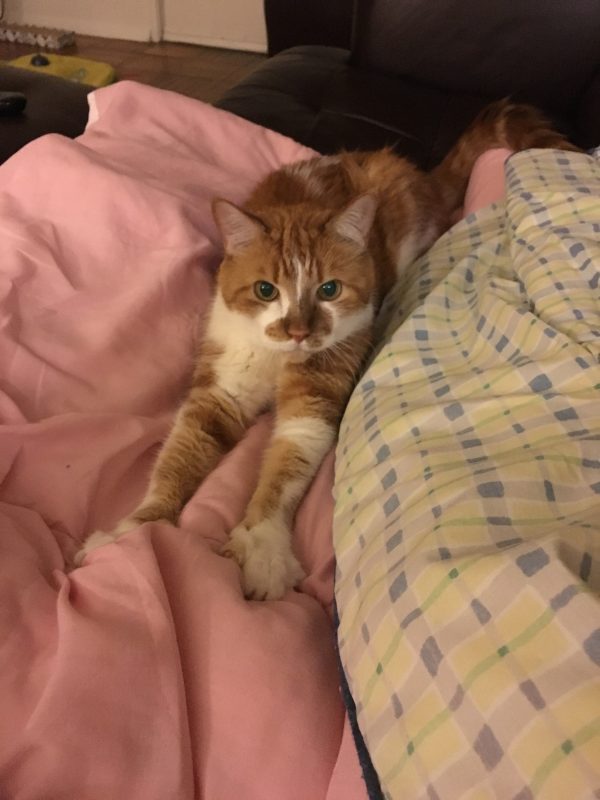 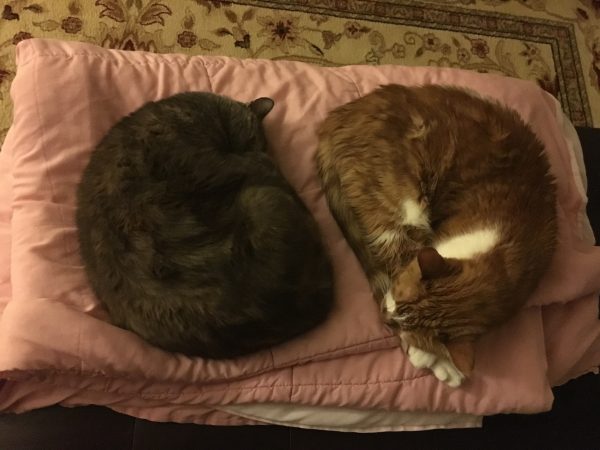 Always balled up together, Desmond loved napping with his sister Canary. 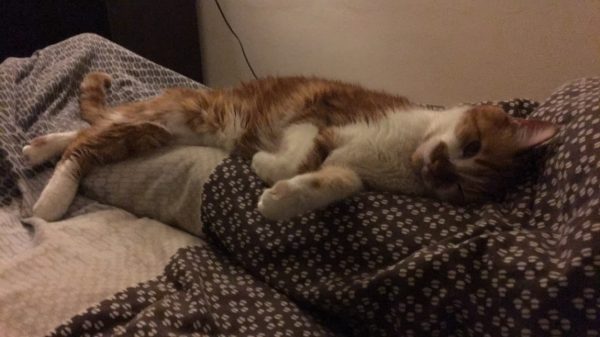 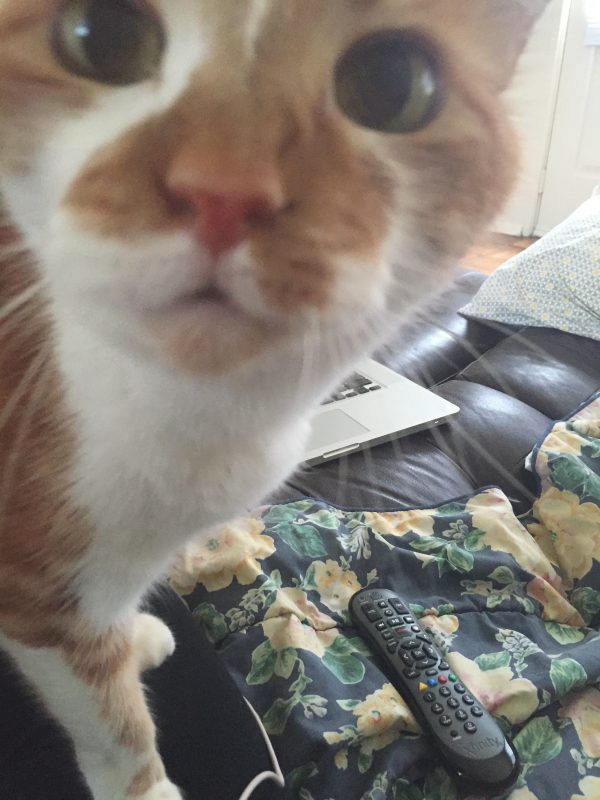 Desmond loved it when I worked from home. 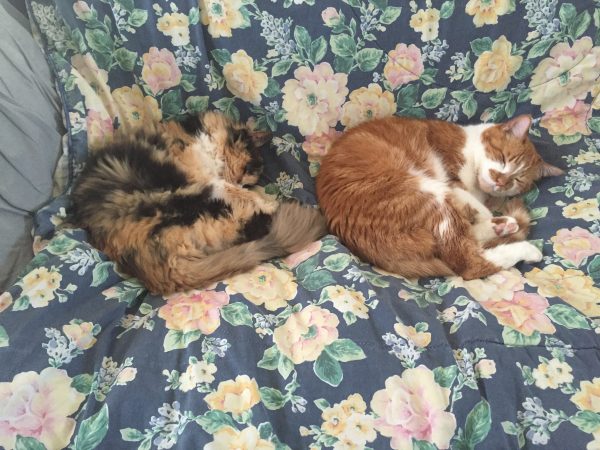 Desmond and his older sister Cyclone (Cyclone passed in early 2016 at the age of 20). 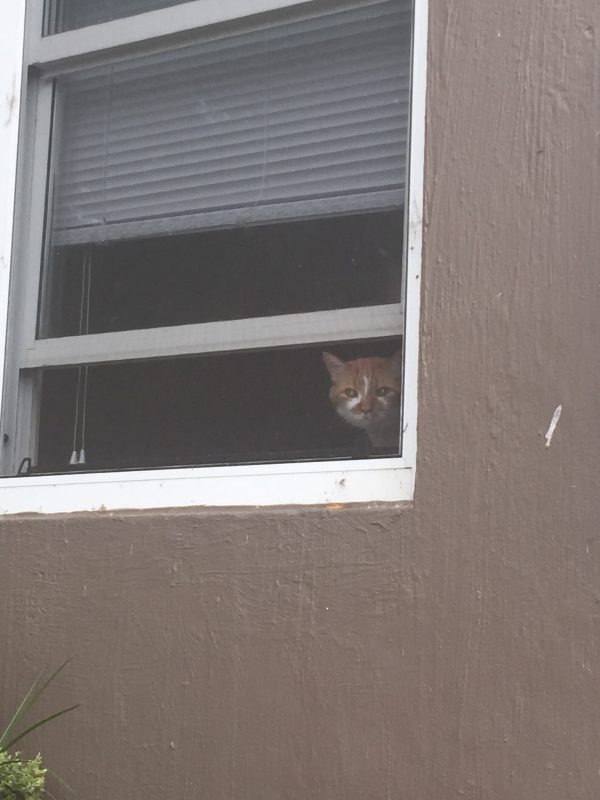 Desmond always wanted to know what was going on outside. 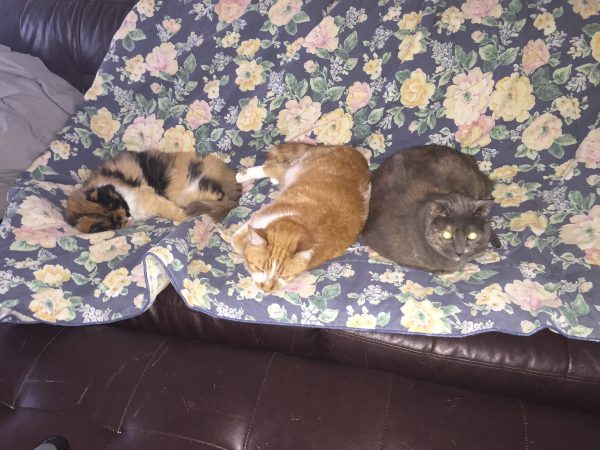 Desmond and his two sisters, Cyclone (left) and Canary (right). 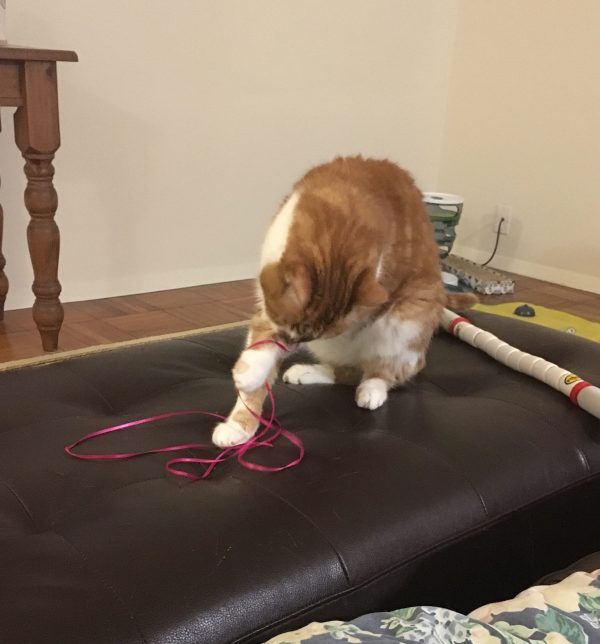 String was one of Desmond’s favorite things to play with. 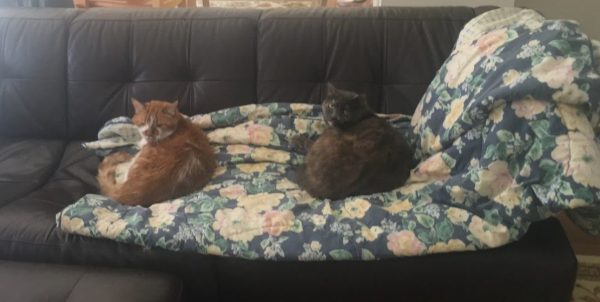 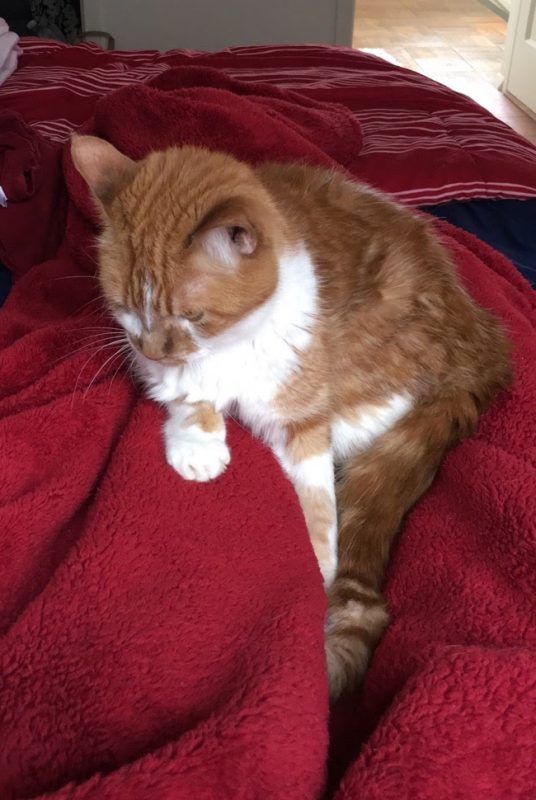 When I had surgery last year, Desmond was by my side.

This entry was posted in Caturday Supplement and tagged Cat, Marmalade Tabby. Bookmark the permalink.

3 Responses to A Caturday in Remembrance of Desmond