Dog of the Day: Louie the Great Pyrenees

Louie was (mis-spellingly) named after Louis XIV, who had a ‘great’ deal to do with the Pyrenees. The court of Louis XIV was infatuated with the breed, which up until then was sort of thought of as a peasant dog.

Louie is 3, and was recently rescued by his owner. I don’t know what kind of situation he came from, but he is very nervous around people. The shirt he’s wearing is a Thundershirt, which I’ve mentioned before and which apparently helps a huge amount. (And which by the way I do not get paid to mention! I just think they’re awesome.) 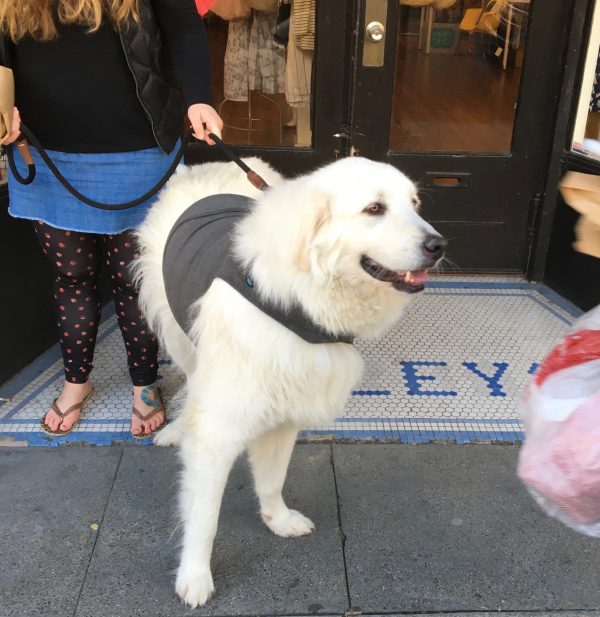 I hear Louie is making a lot of progress. I bet the next time I run into him, he’ll be happy to let me pet him. 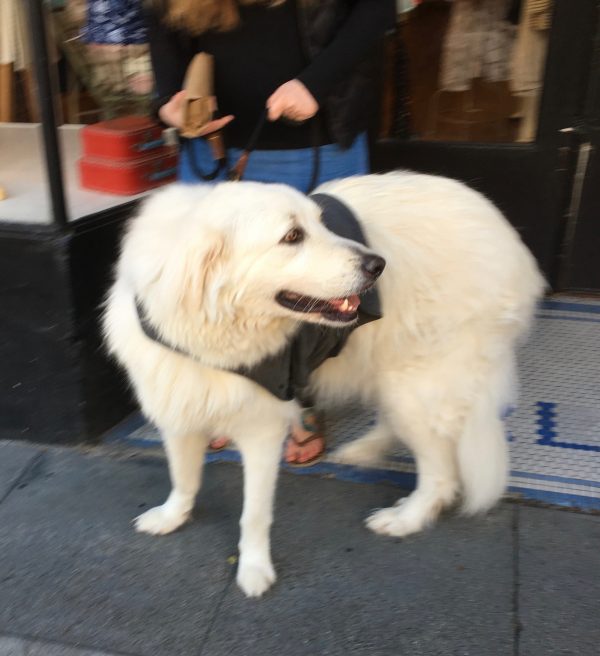 I don’t know quite how this picture happened, but I kind of like the fuzziness.

This entry was posted in Dog of the Day and tagged East Bay, Great Pyrenees, Oakland. Bookmark the permalink.