I did a quick sub-in for Autumn and watched this little pup for a few hours. When I got there, her folks and several other people were there and making a lot of noise, and she was seriously stressed out. And as they started mobilizing to leave, she ran down the hall and disappeared. I wandered after her (wasn’t concerned, front door was closed) and she was hiding in the bathroom, so I guarded the door. As everyone was tramping out of the apartment she bolted out of the bathroom towards the back bedroom and promptly hid under the bed.

I found out why a little bit later. Apparently before she hid in the bathroom she had expressed her displeasure at all the noise and the change in her routine by pooping on the carpet in one of the bedrooms, and then she got all ashamed. Poor pup. 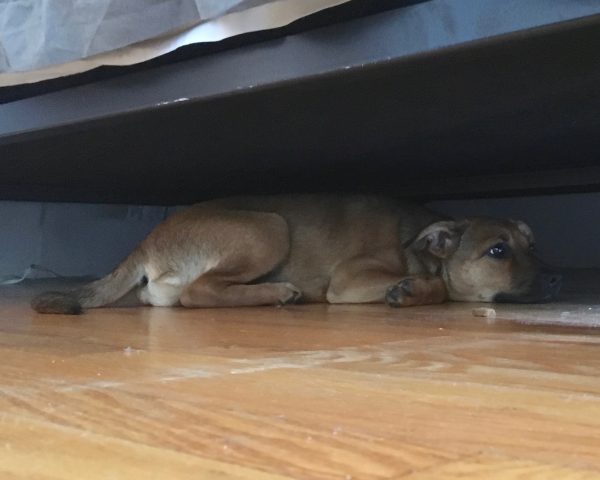 You can even see the piece of treat I tried to give her, and then when she wouldn’t take it from me, that I left next to her. She wouldn’t even eat it. 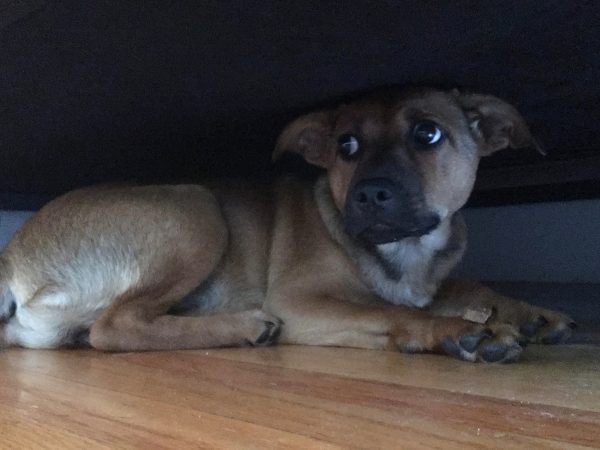 Yes, I balanced the treat on her paw. She STILL didn’t want it.

This entry was posted in Dog of the Day and tagged Marina, Puppy, Unknown Mixed Breed. Bookmark the permalink.