Every first Caturday of the month, there is a little celebration at Mission Dolores Park, where a bunch of people bring their kitties out for an airing. Some of them are very shy and uninterested in poking their heads out of their cat carriers, and some of them are quite gregarious. 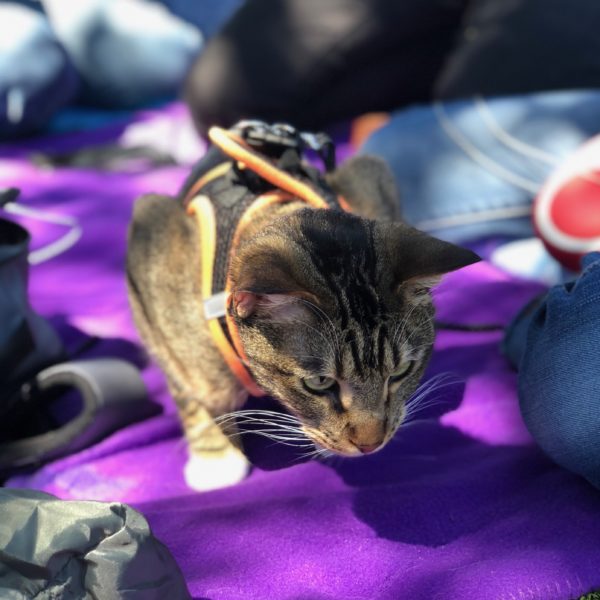 The park was ridiculously crowded. I was amazed any of the cats were willing to come out at all. Hell, a lot of the dogs were terrified.