Dog of the Day: Shayna the Havawort

Yes, it’s not a great picture. But this one is for Elizabeth, who asked if we’d heard of the breed, and I discovered that I had never posted one.

Plus, this has a picture of Shadow, who is an old friend of the blog. She’s the one with her nose buried in Shayna’s tummy.

So it’s funny: Havaworts basically look like two-tone golden retrievers. Golden retrievers have a gene called ‘recessive red’ which prevents them from showing any black on their bodies (except nose and lips and claws and a couple other places). I wonder if this is what some golden retrievers would look like if they didn’t have that gene? 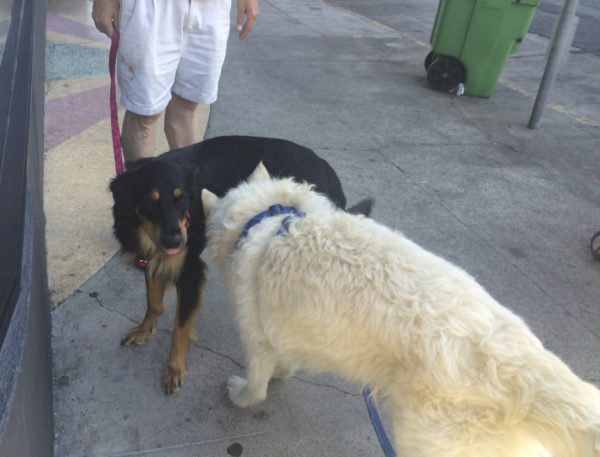 Took this picture in 2015, still remember where and when and with whom. Why can I remember that, but not where I put down my wallet 30 seconds ago?

2 Responses to Dog of the Day: Shayna the Havawort