Dog of the Day: Bob the American Pit Bull Terrier

Bob’s an old guy: I think he’s 12 or so. Seems to get along all right, though he doesn’t run around as much as he used to. Mostly he seems happy to walk, and watch the younger pups play.

Oh, and swim. Bob loves to swim, and is a great swimmer. His dad had a story about him that I really love, although it makes me a little sad, too.

It seems Bob used to love swimming in the ocean, but he can’t really do that now. Why? Well, one of the things he loved best was swimming out in a particular spot, and meeting a friend. Specifically, a sea lion. The two would play around in the water: the sea lion loved swimming circles around him, and then disappearing under the water and popping up right behind him and barking loudly. They did it together a lot. But apparently Bob’s friend goes South for the winter, or at least did this year. So now, when Bob goes swimming in the ocean, he keeps swimming further and further out, looking for his friend. And his dad is afraid that he might go out too far.

Fortunately, the story has at least a relatively happy ending: dad found a great dog park with a pond for him to swim in, and he’s made a whole lot of dog friends there to swim with. 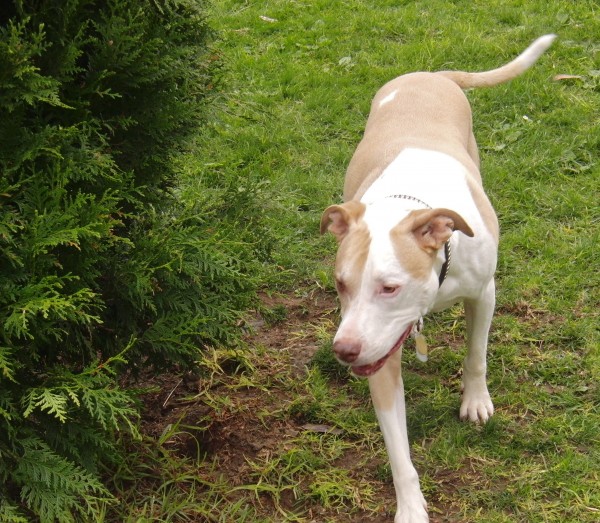 Handsome guy. You wouldn't know he's such an oldster. 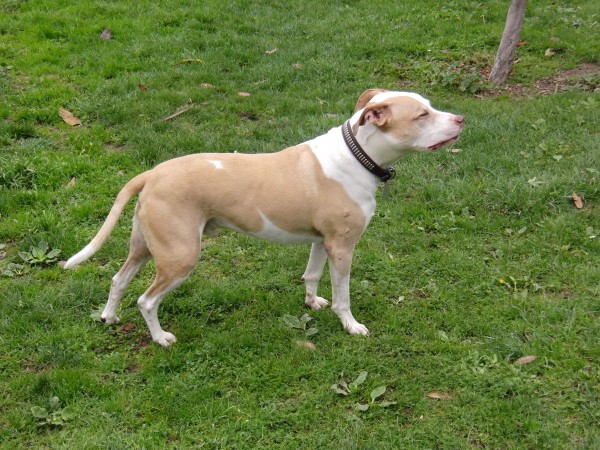 Goofy expression. Coincidentally, similar to the one he was wearing when I was petting him. 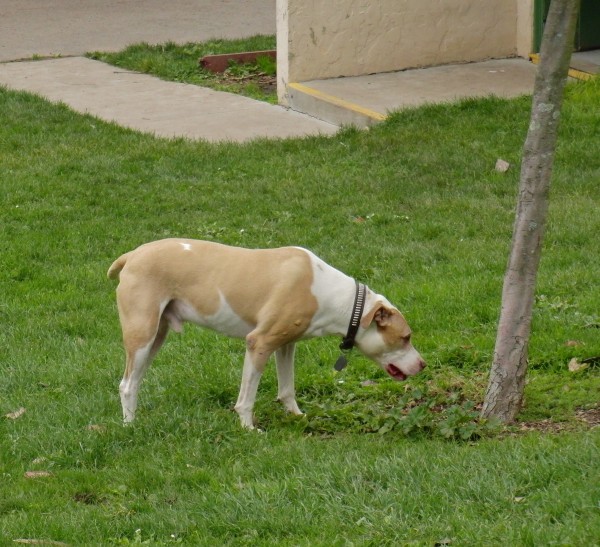 This may well be the single most peed-upon tree in northeastern San Francisco. 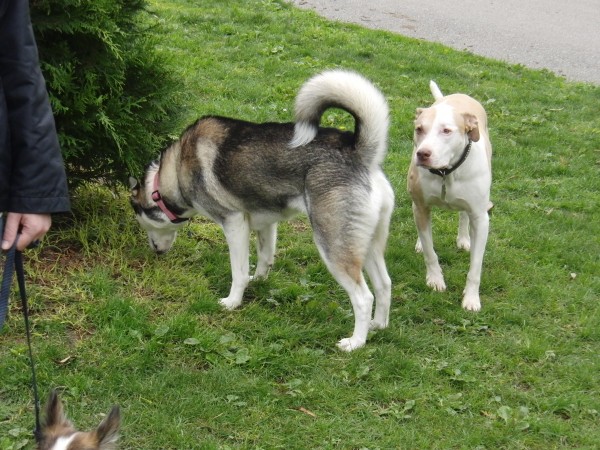 And there's Molly, from two days ago. Bob is about to greet her in that inimitable canine way.

This entry was posted in Dog of the Day and tagged American Pit Bull Terrier. Bookmark the permalink.