Dog of the Day: Pug!

I have to admit, I wasn’t terribly fond of pugs at first glance.  However, I have to say they’ve been growing on me.  Despite the funny face and health problems which eventually led to the recall of the entire breed, I have found that they are almost without fail nice, friendly, happy dogs.

I have to say, though… it clearly must have taken an ungodly amount of effort of breeding to turn a wolf into a pug.  And the people who thought that was a good idea have a lot to answer for. 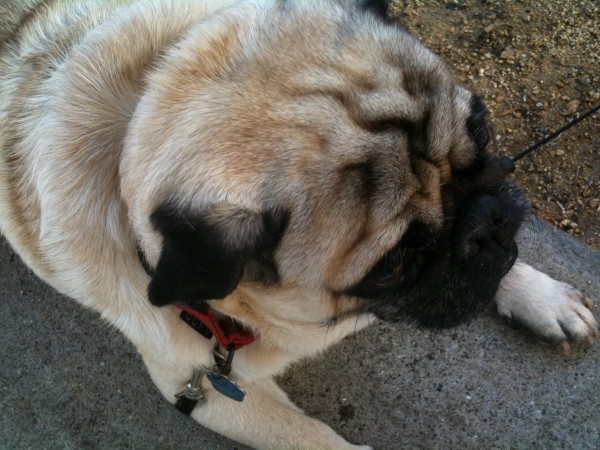 This entry was posted in Dog of the Day and tagged Pug. Bookmark the permalink.