Dog of the Day: Harvey the Golden Retriever

Another dog from that same dog park. These pictures are a giant pain in the tukhus, as my grandma used to say. They were shot with a Canon SLR in Canon’s ‘raw’ mode, which means that I have to spend a surprising amount of time screwing around with them. If you shoot in jpeg mode, the camera does all the correction for you… it doesn’t always get it right, but there’s not much you can do about it if it doesn’t. Whereas if I do a bunch of work on the raw images, I can almost always make them come out at least acceptably, but it’s always a lot of work.

So here’s one of a handsome, graceful golden retriever, dancing for you. Tomorrow I’ll have a few more of this pup in other poses. 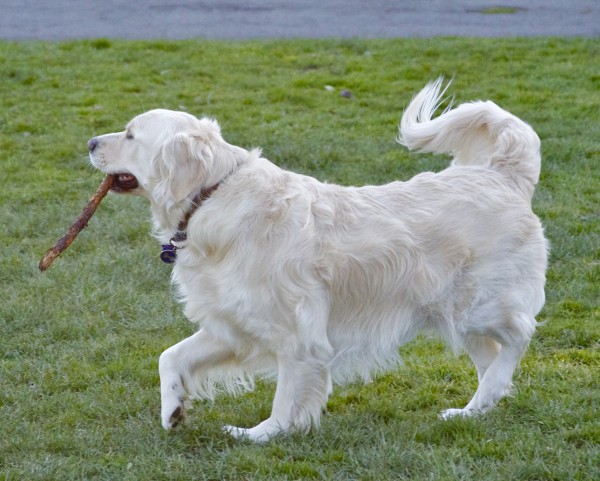 A very light-colored golden retriever, with a very graceful step.

This entry was posted in Dog of the Day and tagged Golden Retriever, Pacific Heights. Bookmark the permalink.