Dog of the Day: Laica the Belgian Malinois Mix

Laica is six years old, but new to the family: she had just been adopted less than five weeks before this picture was taken. When she was adopted, she was skittish and skinny and stayed far away from strangers. When I took these pictures it was next to impossible to get a good one because she kept trying to crawl into my lap or lick the camera or run circles around her dad and me. She was just the happiest thing ever. 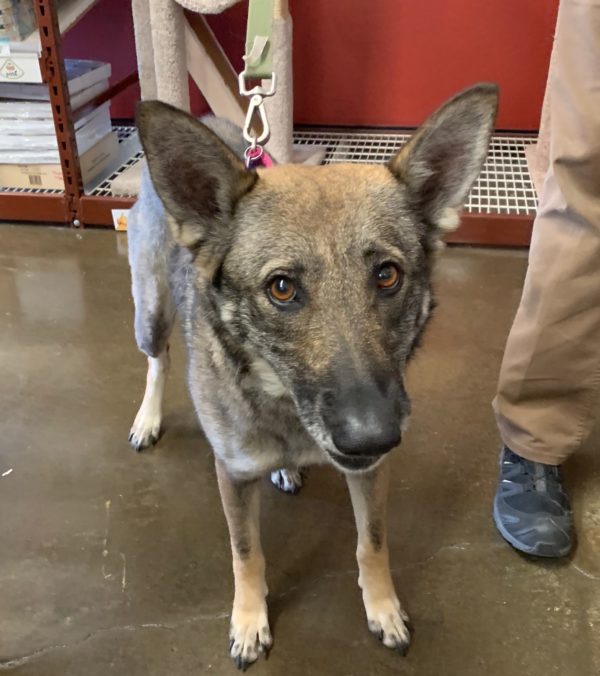 It didn’t help that I was taking them inside, without enough light. All but this one were blurry.

This entry was posted in Dog of the Day and tagged Belgian Malinois, Mixed Breed, Oakland. Bookmark the permalink.