Today, a study of the effects of taking pictures through windows.

On one of the Giants’ game days this week, I emerged from my workplace to find this guy waiting for me. (Okay, he wasn’t waiting for me. Although he did bark at me a couple times while I was taking pictures, so obviously he was willing to say hello.) 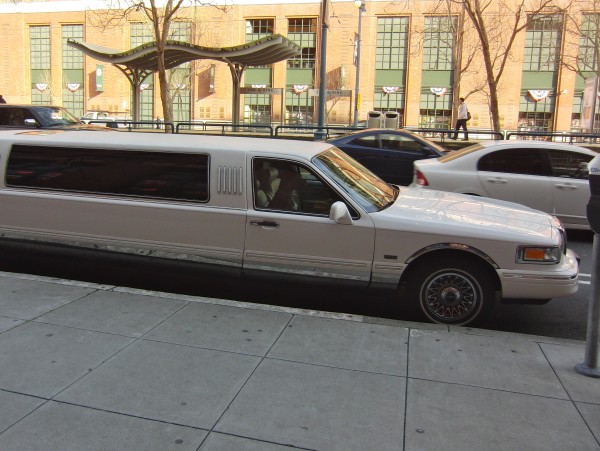 You can almost see him in there. 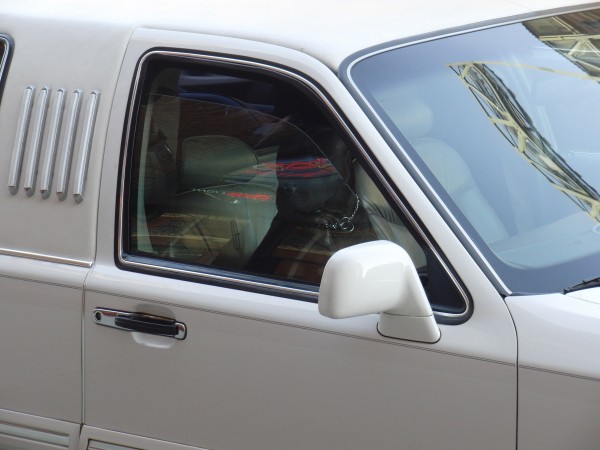 Neon is a terrible thing. There's enough of it along here that I couldn't find an angle that didn't have neon cutting through his face. 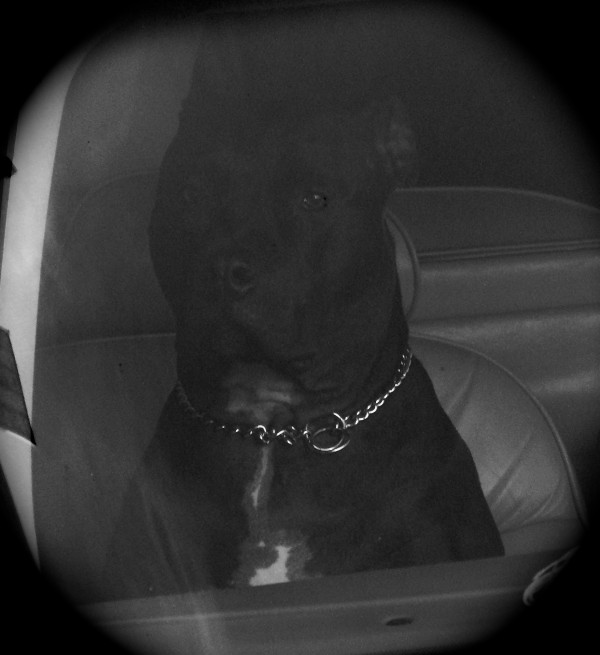 The windshield was so sloped that all I could get from it was glare from the blue sky. There literally weren't any other colors. I had to go black-and-white and even still, this is the best I could get. 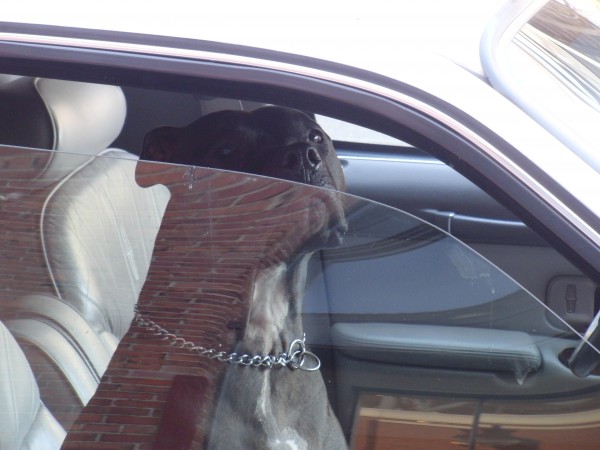 Got close enough that I could avoid the neon, and got this rather unexpected effect: a dog half made out of brick. 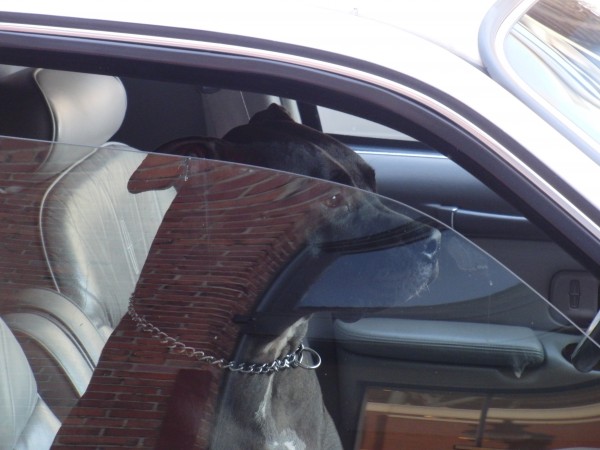 It's actually a pretty neat effect. If I'd known I was getting it, I would have ducked down a bit more so his whole head was involved.

This entry was posted in Dog of the Day and tagged American Pit Bull Terrier, South Beach. Bookmark the permalink.