Dog of the Day: Watson the Dachshund/Chihuahua

A little fuzzy pup, recently adopted by two friends of mine, Tommaso and Lisa. They live in the East Bay, but Tommaso brought him to work so I had to drop by and take some pictures. Maybe next time I can get some outside, where the light would be better.

After great deliberation, and several changes of opinion, I finally think he’s probably some combination of long-haired dachshund and long-haired Chihuahua, although there could still be some corgi in him.

Whatever he is, he’s a real love bug. These pictures show a bit more attitude than he really has… if you see him and he has a look on his face that suggests that he’s plotting something, what he’s probably plotting is how to climb into your lap so he can lick your chin. 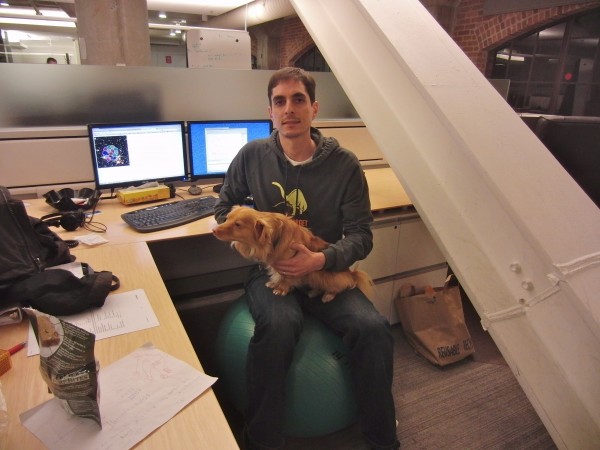 Yes, that is a giant white girder that divides Tommaso's cubicle in half. Also, if it looks like the pup is straining for something, well, that bag on the left is full of dog treats… 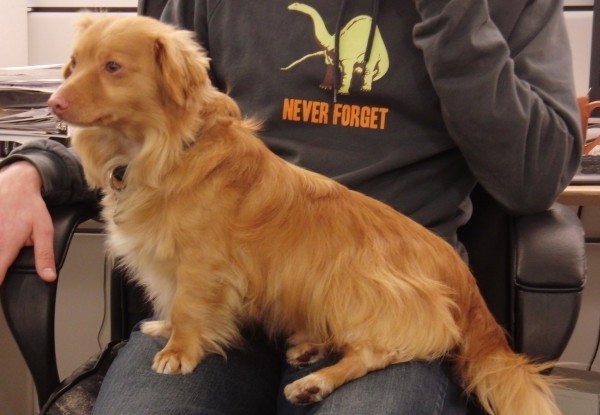 The ears are actually fully convertible. When you meet him, you think they're just like Labrador ears, but then he hears something and schwoop! They're up! 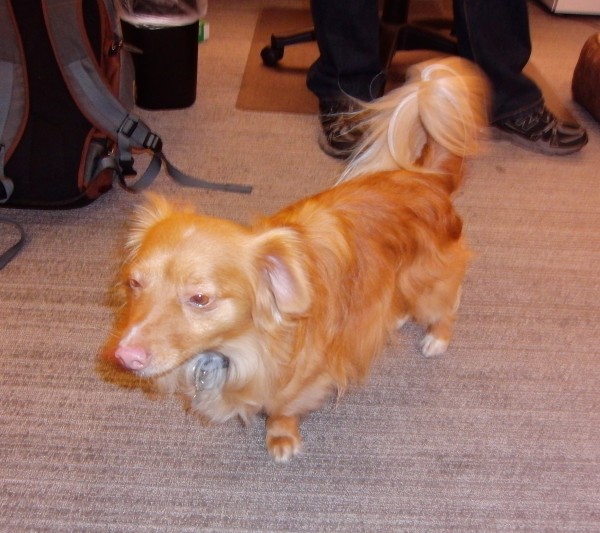 There's his 'I'm plotting something' expression. I dunno, maybe he really is a little evil genius, but when I've been around him, he's always been quite polite. 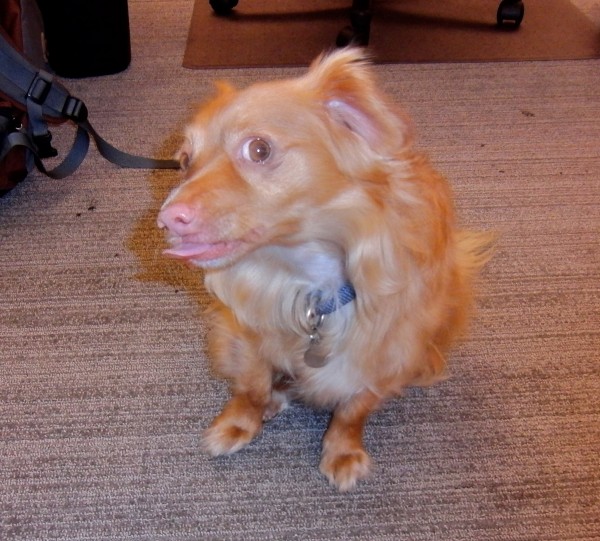 This entry was posted in Dog of the Day and tagged Chihuahua, Dachshund, Embarcadero, Mixed Breed. Bookmark the permalink.

8 Responses to Dog of the Day: Watson the Dachshund/Chihuahua