Not sure about the breed identification for the latter, but someone told me there was a dead black Bernese/Golden mix wandering around, and this gal looks like she fits the bill. The pit bull did get a little rough, as puppies do, but the Bernese seemed like she was enjoying herself immensely. Dad, on the other hand, was a little nervous. 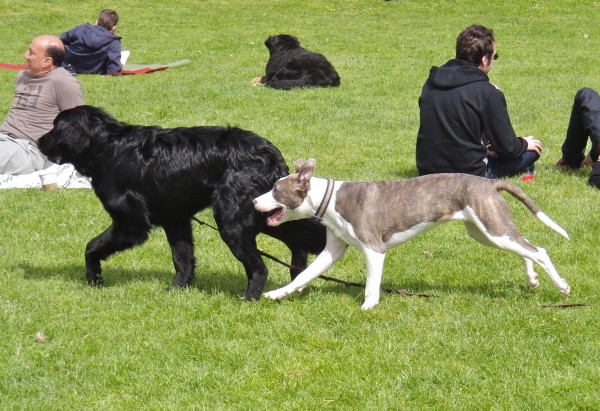 The pit bull puppy decided that the Bernese mix looked like a fun playmate. 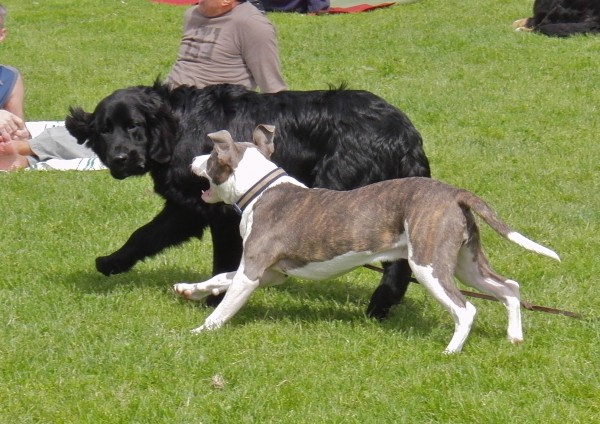 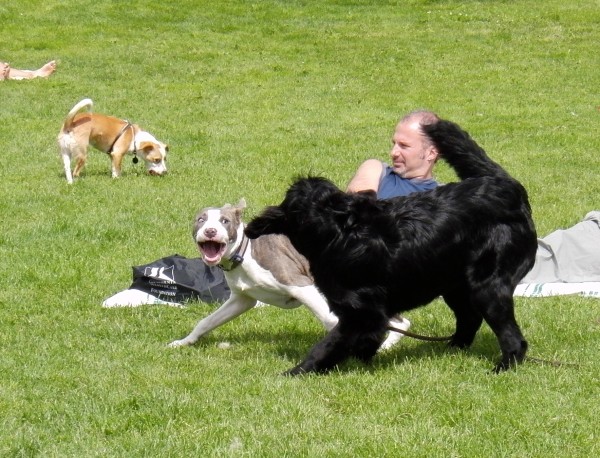 I just love the expressions on the pit bull in these. 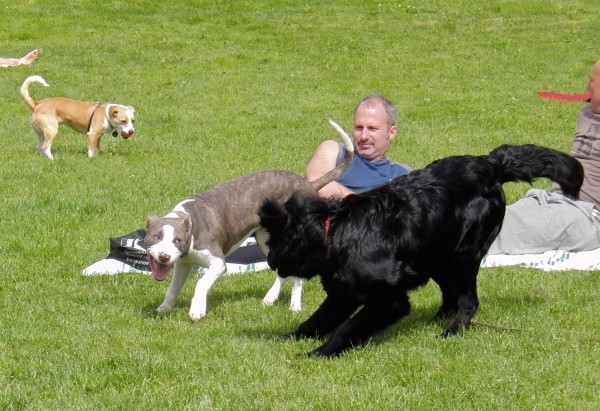 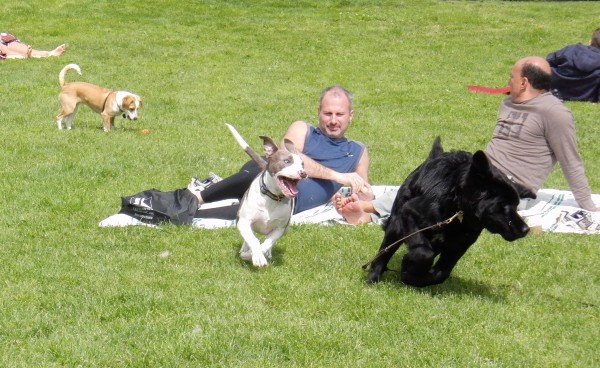 The little guy in the background is awesome too. Picks up the ball, spits it out, looks at it like, 'dude, this isn't nearly as much fun as they're having.' 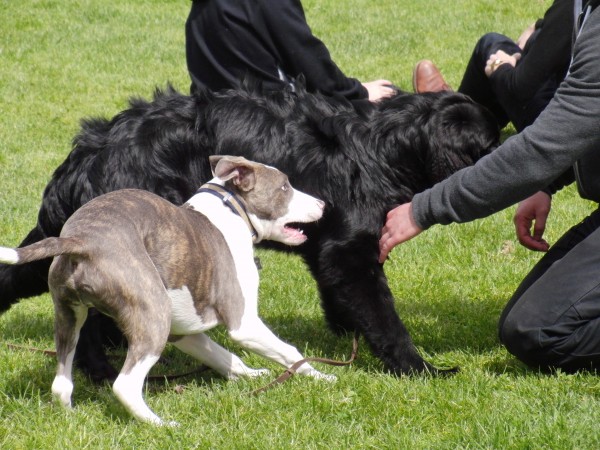 Dad stops the play and calms things down a bit. For, oh, about 30 seconds. 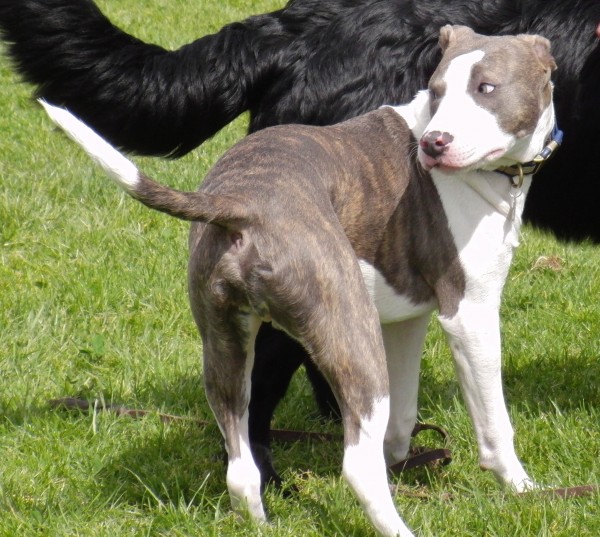 The little one takes a brief time-out to verify that his tail is still firmly attached to his tuchus. 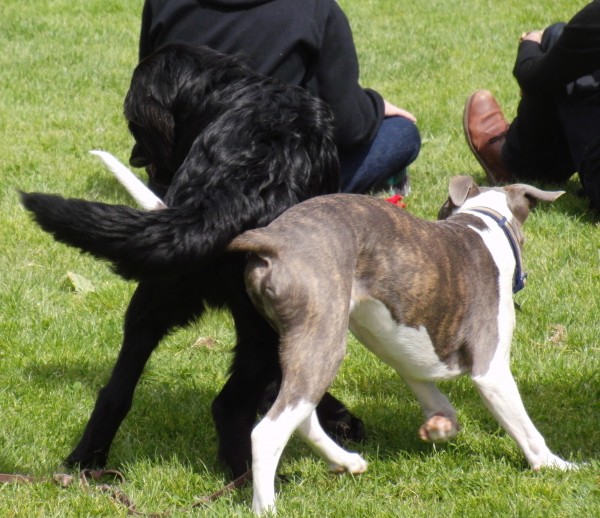 I love the crossed tails! I guess this is why he was checking his out. 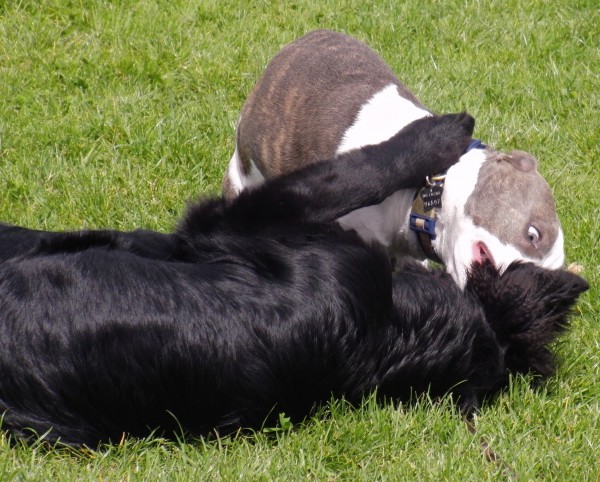 This was pretty much the puppy's only tactic: get ahold of an ear, and then hold on. 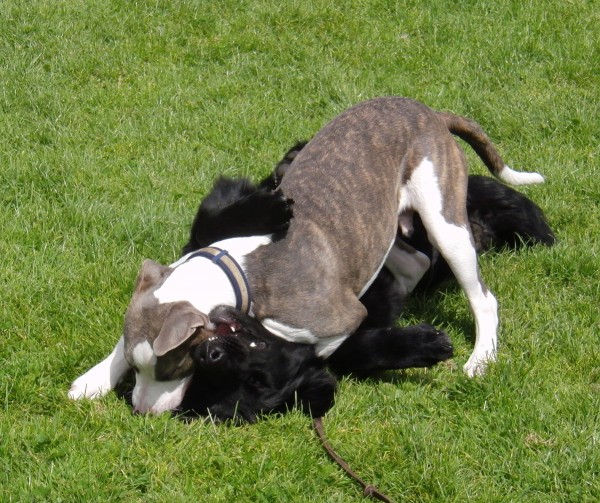 The Berner tried reciprocating, but it didn't seem to work quite as well for her. 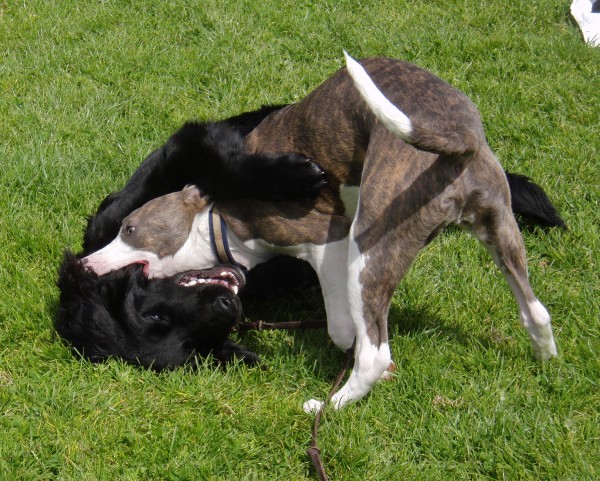 I think the pit is biting a bit too hard here... the Berner growled a bit, and I think he backed off slightly.