Dog of the Day: Manny the Huskorglet?

Manny (7) could be the half brother of yesterday’s pup! Certainly he looks half huskish. His dad thinks he’s half-corgi, too, but with the ear floppage I wouldn’t be 100% surprised if he were half standard dachshund (those things are surprisingly large) too. 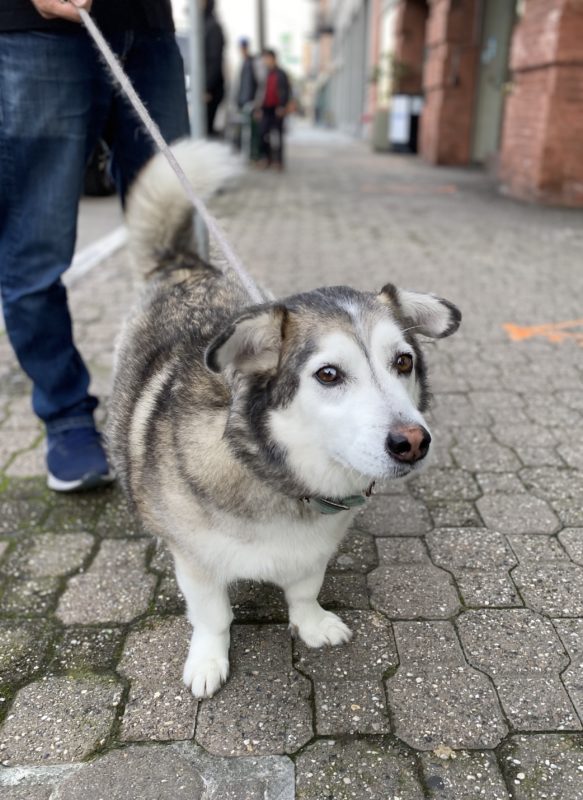 I don’t think he has a part-blue eye, I think that’s a reflection. In fact, I think if you go to the highest resolution version of this picture (click the pic, then click the desired resolution) and zoom really far in, you can see ME reflected in his eye.

This entry was posted in Dog of the Day and tagged Mixed Breed, Pembroke Welsh Corgi, Siberian Husky, SOMA. Bookmark the permalink.