Well, I was told that Gatsby was Great Dane mixed with Italian Shepherd. However, evidence at the moment, despite a certain number of kind of dubious-looking web sites, seems to indicate that there is no such thing as an Italian Shepherd. And since this dog is clearly not one half imaginary (I’d say no more than a quarter imaginary at most), I’m going to guess he’s half something else. The Great Dane, though, that I’ll believe. 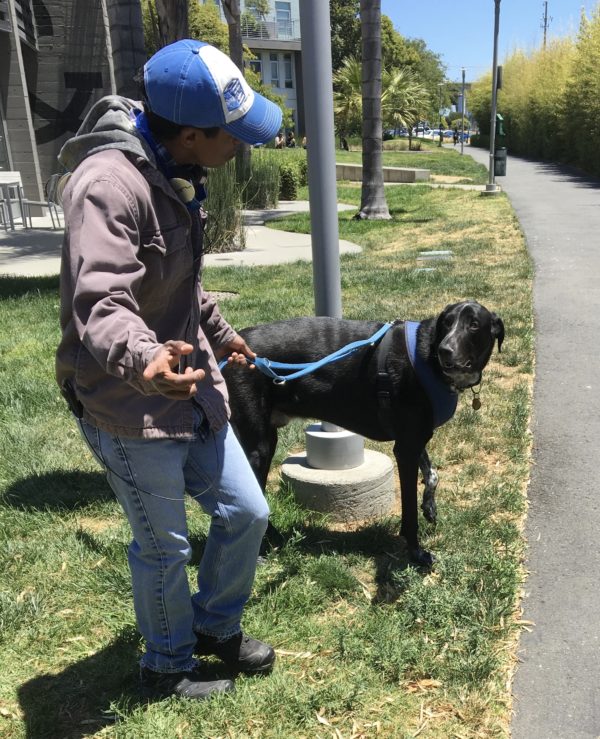 The white isn’t reflection: he really does have a streak of white going from the tip of his nose to the top of his head.

This entry was posted in Dog of the Day and tagged Great Dane, Mission, Mixed Breed, SOMA. Bookmark the permalink.