I don’t know anything about this guy. I think Autumn took the picture. Maybe a Lab dachshund mix?

Edit: Per Autumn, his name is Bogart, and he is a Lab/Bassett mix. Evidence is inconclusive on whether he is named after Humphrey Bogart or ‘Don’t Bogart that dog food!’ 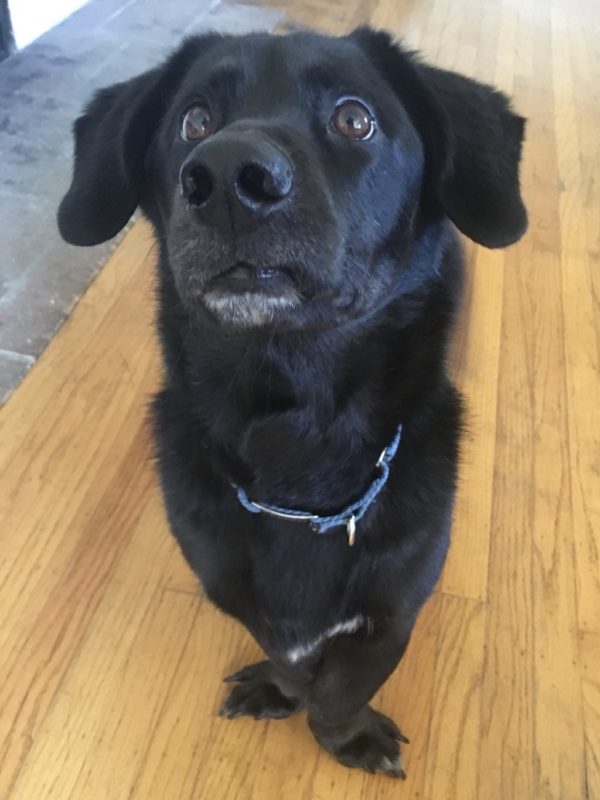 Someone knows their ballet ‘third position’.

This entry was posted in Dog of the Day and tagged Basset Hound, Labrador Retriever, Mixed Breed, Unknown Location. Bookmark the permalink.

1 Response to Dog of the Day: Labrador Retriever Mix