Dog of the Day: Astro the Adoptable Weimaraner

Back from Bay to Barkers, and it was a blast. Dogs, dogs, dogs! I’m going to be posting things from there for months.

I promised I’d post this guy soon, though, since he’s adoptable. He’s been up for adoption for a while, even though he’s friendly, well-behaved, smart, and good with kids and other dogs. (They’re not sure about cats, but they suspect he’d be fine with them too.) If he’s so great, why hasn’t he been adopted yet? Well, he’s 8 years old, and a lot of people are hesitant to adopt older dogs.

I can understand that, but at the same time, I think it’s awfully sad. Here we have a wonderful dog who had a pretty rough life, and now that he’s older, I think he really deserves a stable, kind family.

What do you say? Anyone out there want a gently used, factory-refurbished Weimaraner? Visit norcalweimrescue.org and ask about Astro! 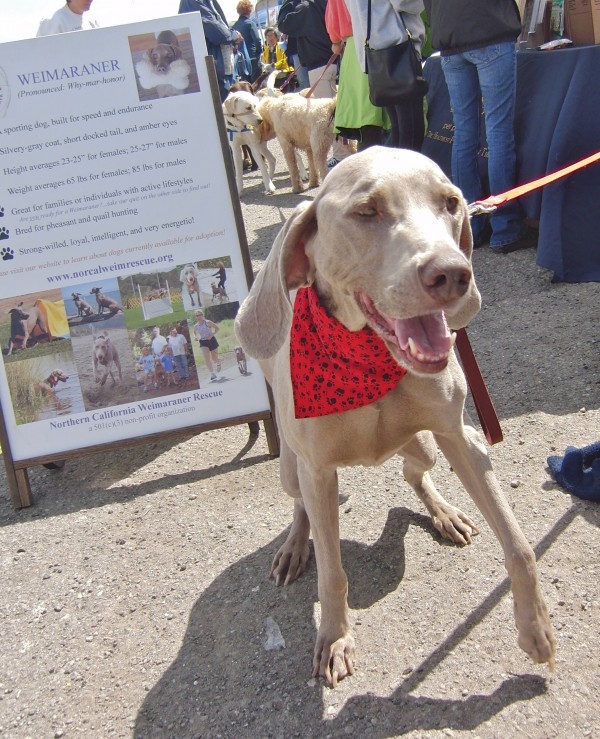 Astro made a great spokes-dog: he interacted with a couple hundred people and dogs, and when the event was over, he was still hoping for more. 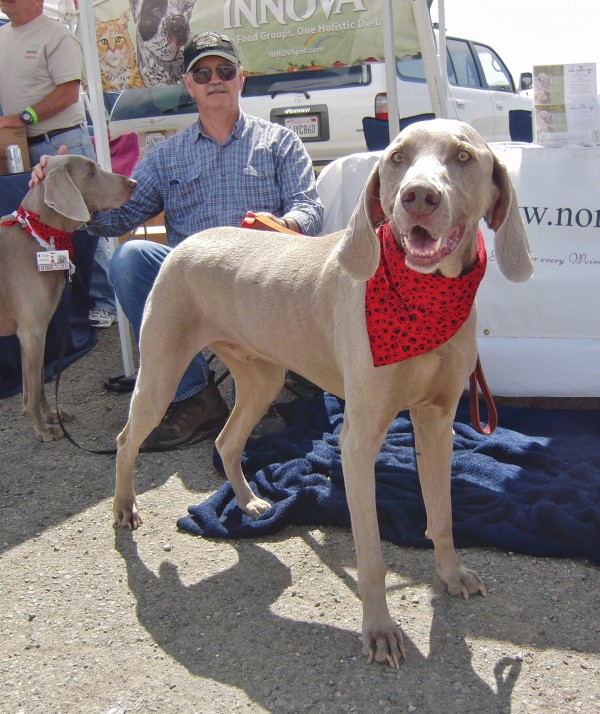 Astro is displaying the bandana rule: any awesome dog is automatically rendered awesomer by a bandana around the neck. Also displayed is the famous Weimaraner deer-in-the-headlights stare. 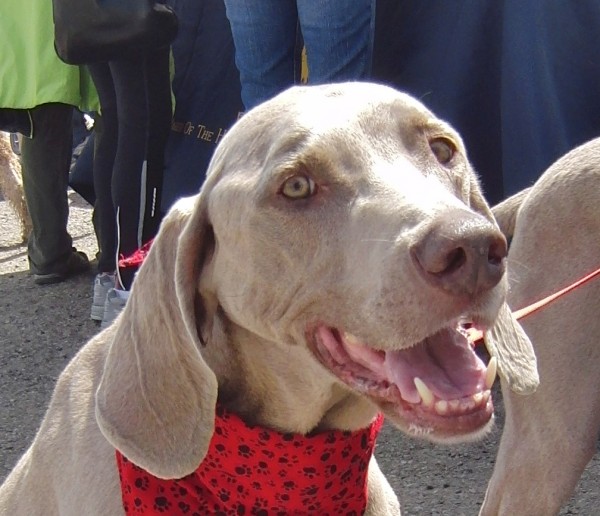 How can you resist that face?

This entry was posted in Dog of the Day and tagged Albany, Bay to Barkers, East Bay, Weimaraner. Bookmark the permalink.

2 Responses to Dog of the Day: Astro the Adoptable Weimaraner