Another dog from the Dogapalooza! There were a bunch of malamutes at the party, but Boomer was the only one the size of a pony and covered with shaggy fur and a giant mane. Go figure. 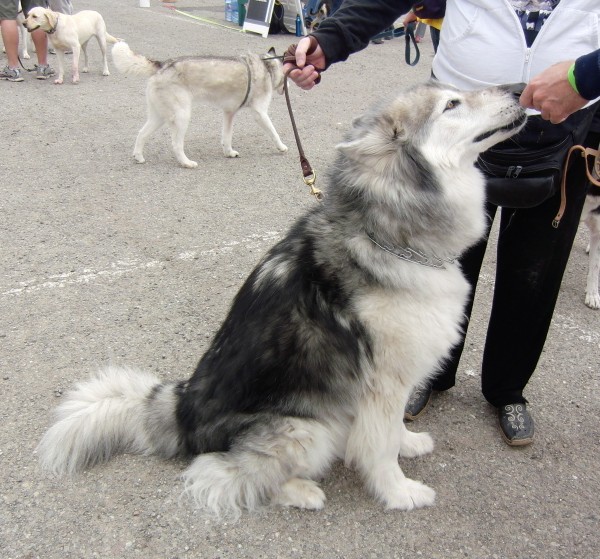 Boomer is foofly all over, but in particular around the neck. I can't imagine that the prong collar does anything at all, there's so much fur in the way. 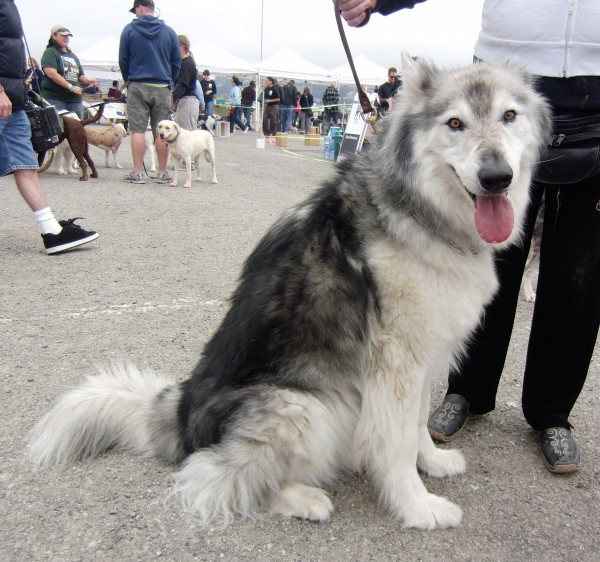 Apparently malamutes are supposed to be between 75 and 95 pounds. If this guy was less than 130, fluff included, I would eat my hat. He was a good 6 to 8 inches taller at the shoulder than any of the other malamutes there. 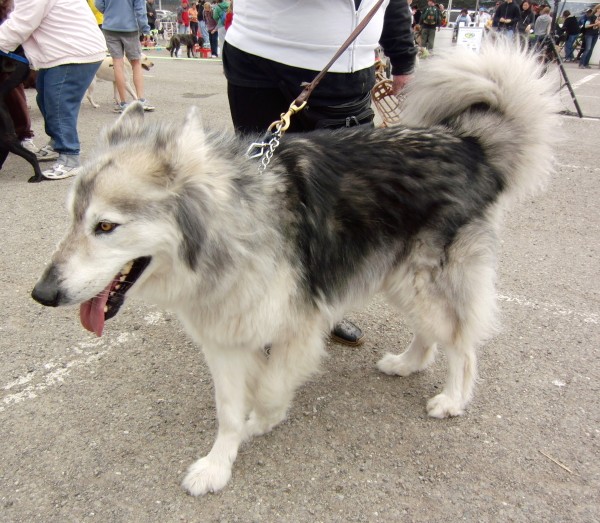 Look at that tail. You just want to run your fingers through it. Turns out he doesn't mind. 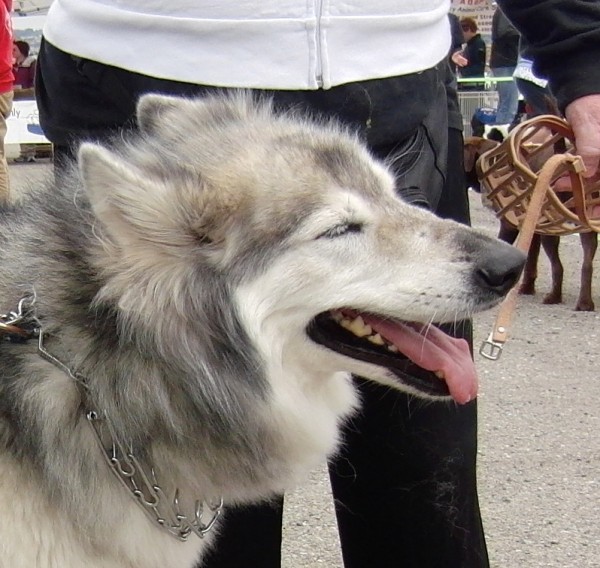 Happy face. Someone was skritching his butt, if I recall correctly.

This entry was posted in Dog of the Day and tagged Alaskan Malamute, Albany, Bay to Barkers, East Bay. Bookmark the permalink.