At Bay to Barkers, there was one surprise vendor there: a kitten rescue. They apparently rescue kittens from shelters, and then raise them with dogs so that they learn to get along with your canine friends early. I think it’s a great idea. Unfortunately, their web site is currently broken (the person organizing who was running the place, and who was the only one who knew how to maintain the web site, just had a baby). But if you’re interested in a kitten or two who was raised around dogs and loves them, you can drop an email to Lori Soucie at lsoucie1 followed by an ‘at sign’ followed by yahoo dot com.

(This was supposed to have posted yesterday, but for some reason doesn’t appear to have done so. I had to go in and retry it manually for it to show up. Weird! I think I’m going to skip today’s dog post, because I’d like this to be at the top of the front page for at least one day.) 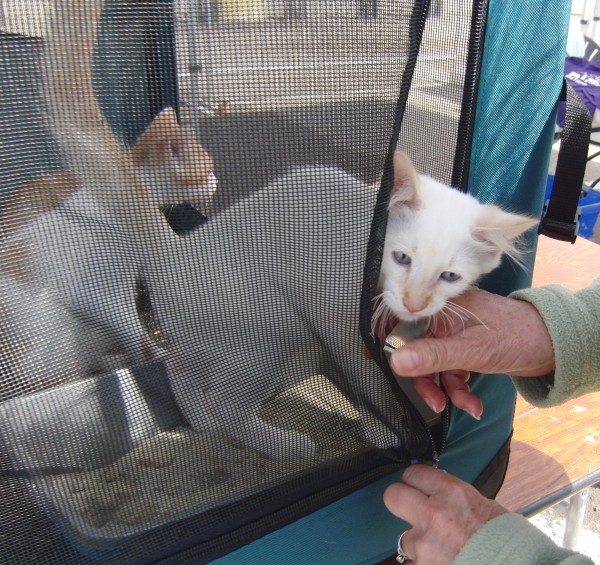 Funny, I didn't get ear-hair that long until I was at least 35. 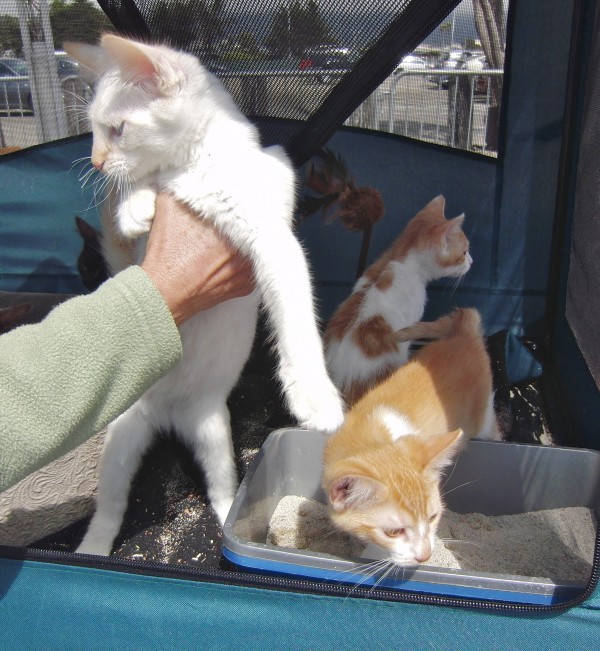 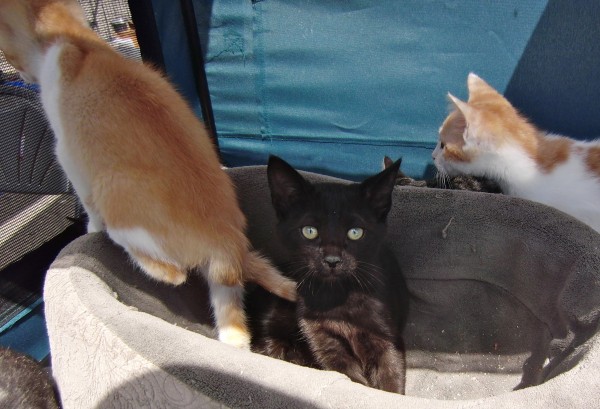 I can't believe black kittens have so much trouble being adopted. Look at that ADORABLE little black NOSE! 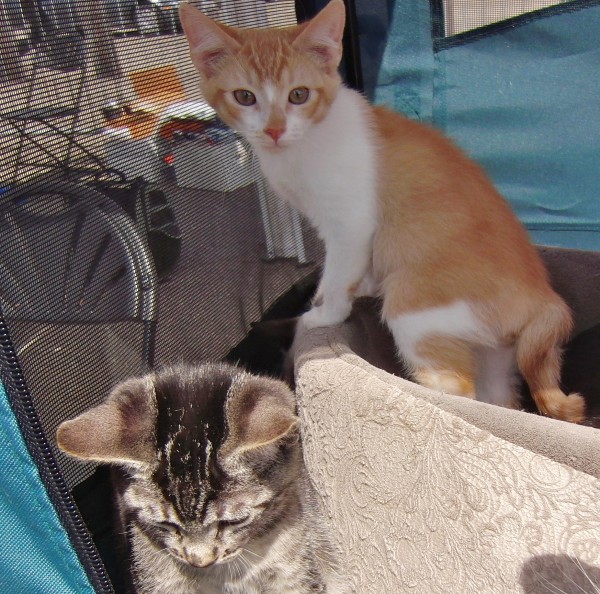 Can't tell if it's just position or if he really does have as twisty a tail as it looks like there. 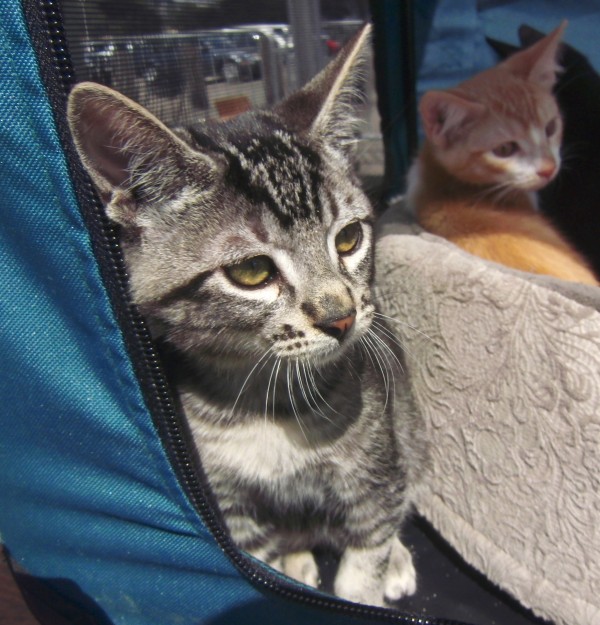 Black noses are cute, but little pink noses on greyscale kitties are awesome too. Maybe I just like cat noses. Also: pretty eyes.

This entry was posted in Caturday Supplement and tagged Adoptable, Albany, Bay to Barkers, East Bay, Kittens. Bookmark the permalink.