Dog of the Day: Melvin the (Red!) Bernese Mountain Dog

According to genetic typing, Melvin is 75% Bernese mountain dog and 25% Great Pyrenees… (edit: nope, see below) bearing in mind that those tests often have a very tenuous connection to reality. According to me, Melvin is 35% goofball 110% great foofly snorghound. He looks just like a Berner except he’s only bi-color instead of tri-color, everywhere he should have black instead being red. I will say that I can’t identify anything that looks particularly Great Pyrenees-like in Melvin.

Edit: After extensive research, our merry band of giant-dog-ologists has determined that Melvin is most likely a purebred Bernese Mountain Dog, whose parents were both carriers of the (very unusual in Berners) ‘recessive red‘ gene. (The top part of the linked page talks about masks… scroll down to the bottom to see the discussion of ‘recessive red’). If so, this must be a vanishingly rare condition, since google does not appear to know of any other purebred Berners that look like Melvin. Pretty neat! 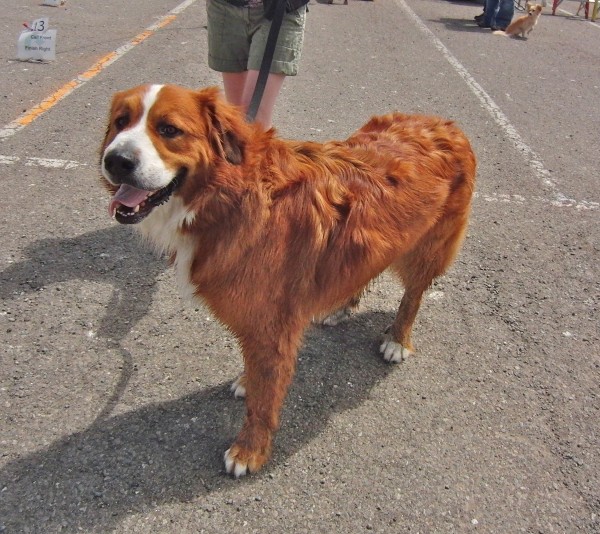 Anyone who says gingers have no soul, I challenge you to look into this dog’s eyes and say that. 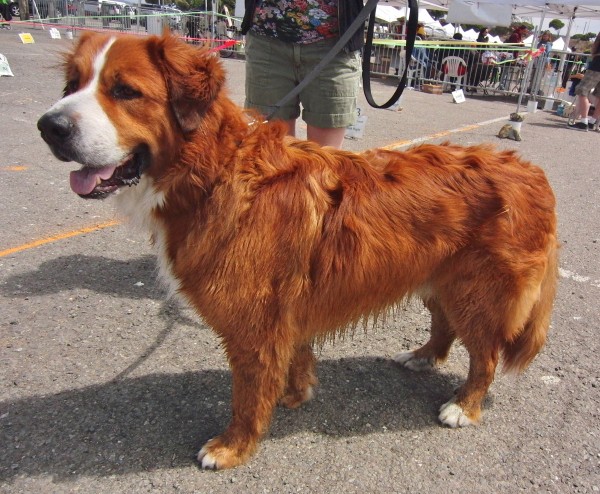 I guess his face looks a teensy bit different than a full-blooded Berner, too. (C’mon closer so we can have a good look!) 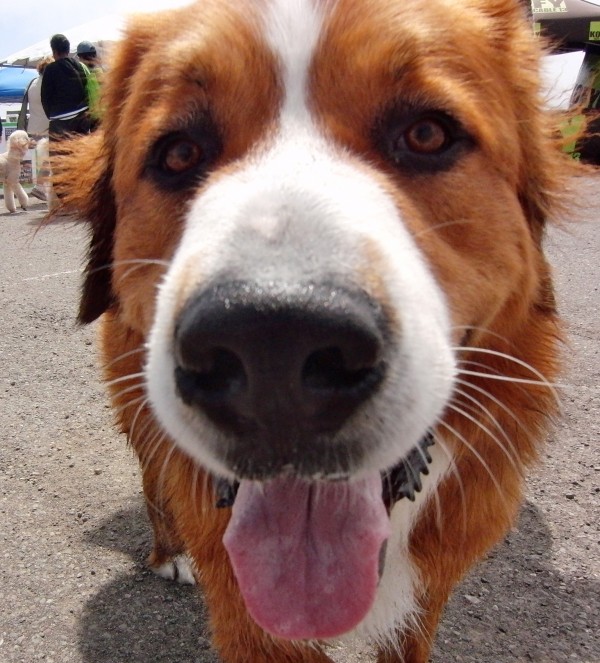 Hmm, I dunno, he looks like a Berner to me! What a sweet face. 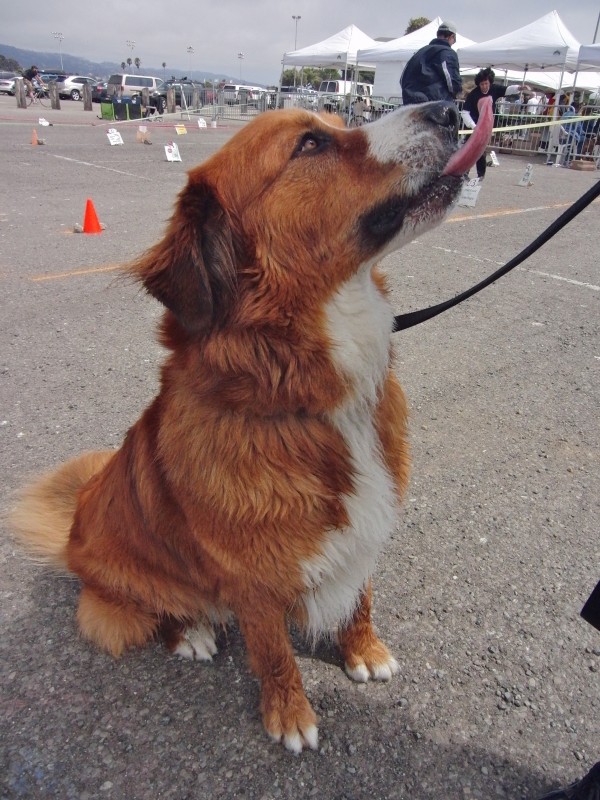 I was shocked because Melvin wasn’t shedding AT ALL. Until his mom said it was because he’d gone romping through the wilds the day before, and then she’d spent three hours trying to brush all the clingy vegetable matter (burrs, foxtails, etc) out of his fur.

45 Responses to Dog of the Day: Melvin the (Red!) Bernese Mountain Dog