Dog of the Day: George the Foooooofly Wiener

A very distinctive miniature dachshund today. I wish my pictures had turned out better, because it’s really hard to see what makes him so unusual: he has the typical marks of a black-with-tan-points dachshund, but he’s red instead of black! I initially thought that this would make him recessive-red (remember Melvin?) but I have also found references to dominant-red (chestnut?) dachshunds with tan points.

(And Melvin, who could have been expected to have tan points, didn’t… they were the same shade as the recessive-red background, which leads me to suspect that the ‘points’ are basically the same thing as the recessive red, fur that is lacking the normal black melanin that would ordinarily hide the red, but only showing up in a few places instead of all over. But given that the genetic explanations are mostly either way over my head or way too simplified to be of use, I am having a bit of trouble figuring this stuff out!) 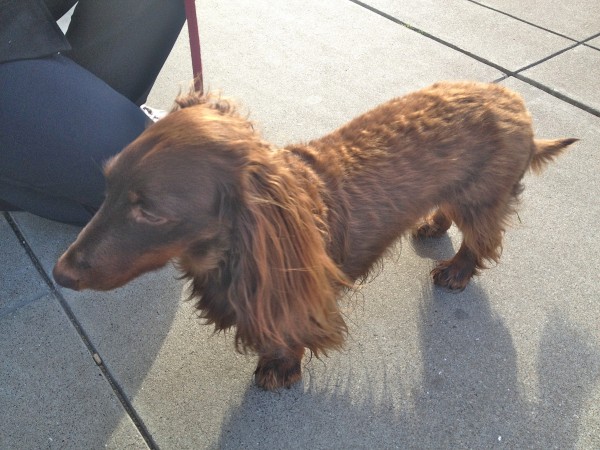 Whatever else he is, George certainly is foofly. 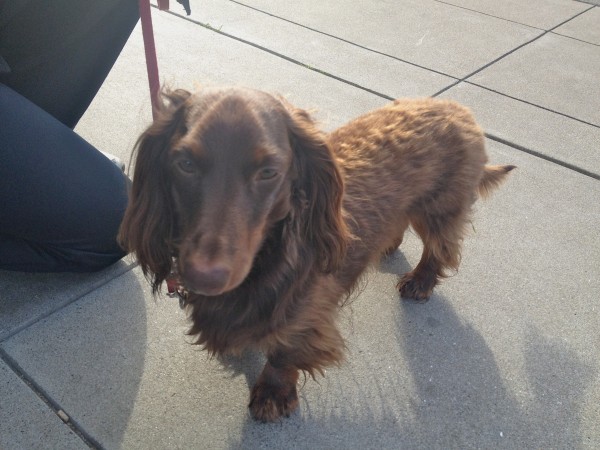 Certainly is an unusual coloration, whatever its origin.

This entry was posted in Dog of the Day and tagged Foofly Wiener, Miniature Dachshund, Near Home, Nob Hill. Bookmark the permalink.

3 Responses to Dog of the Day: George the Foooooofly Wiener