Guess we still have a hive or two in the city. Makes sense, really: it doesn’t generally get cold enough for them to go inactive in SF, so the mites and fungi and such can’t get them nearly as badly.

This guy has some pretty full leg sacks. You can’t see it, but he also had quite a bit of pollen on him. And he came over and landed on my finger after this picture, but he got bored of that after a minute or two and flew away again. 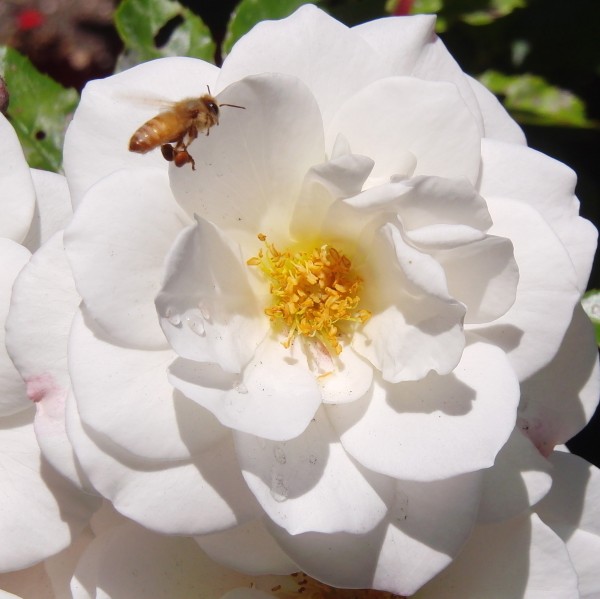 This is when I really want a good macro lens.

This entry was posted in Seen in San Francisco and tagged Embarcadero, South Beach, Wildlife. Bookmark the permalink.