Dog of the Day: Mickey the West Highland White Terrier

I ran into Mickey one morning on the way to work, and immediately knew I had to take some pictures. After all, how often do you run into a dog wearing galoshes?

Turns out Mickey moved to San Francisco (with his mom) recently, and started licking his feet excessively after going out on walks. After trying a few other things, mom got him some boots, which seems to have pretty much taken care of the problem. This has caused the realization on my part that my aversion to dog clothes does not extend to boots: they looked ridiculously adorable, and red was absolutely perfect for such a white dog.

(The last picture was taken by Mickey’s mom, from atop twin peaks. Gorgeous!)

By the way, I have a vague recollection that Mickey’s last name might be Featherstone, in which case he is named after the rather ruthless gangster Mickey Featherstone, member of the Hell’s Kitchen gang ‘The Westies’. If this is indeed the case, I think it’s awesome, although perhaps a bit unfair to what seemed like a perfectly nice and very unlikely-to-shiv-you dog. 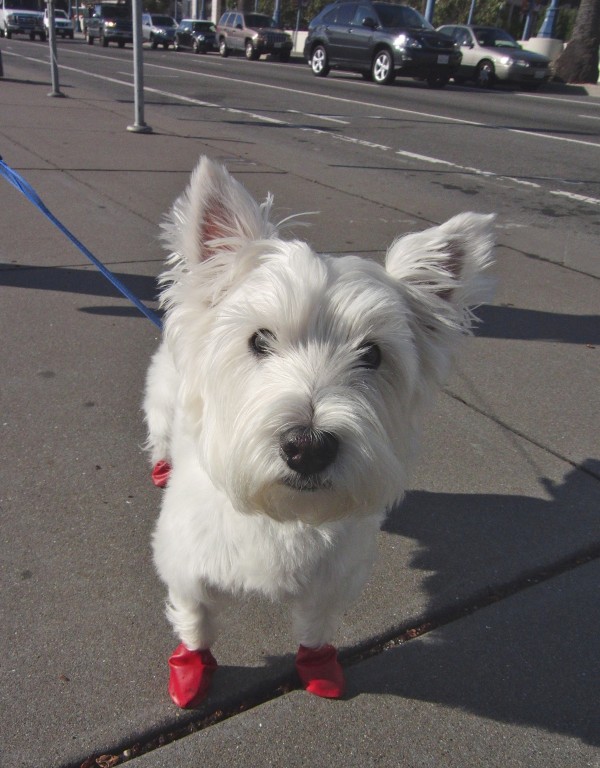 It was bright out. On the one hand, it washes out his fur a little, but on the other, he was moving around so fast that I would never have gotten anything but a blur in darker conditions. 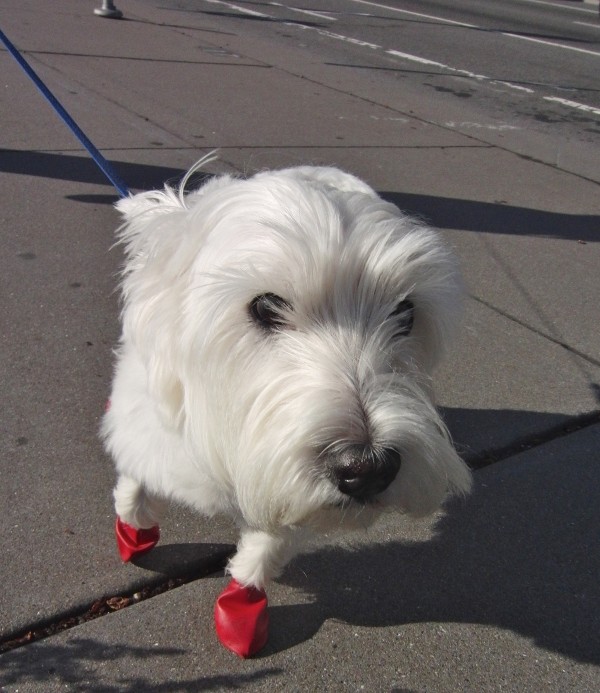 The ever-popular 'giant head with tiny legs' pose, only this time with boots. 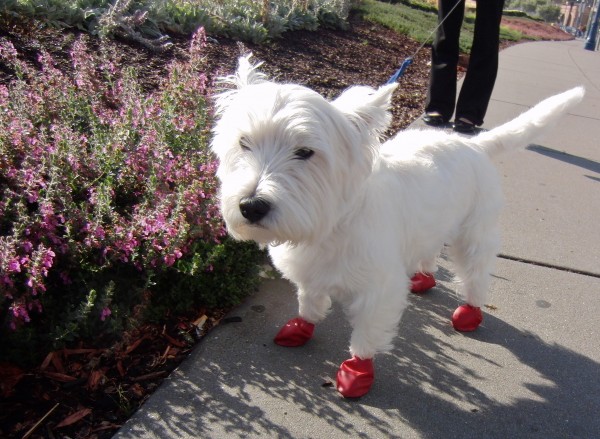 I'm sure there's something witty to be said about this picture. Feel free to fill it in yourself. 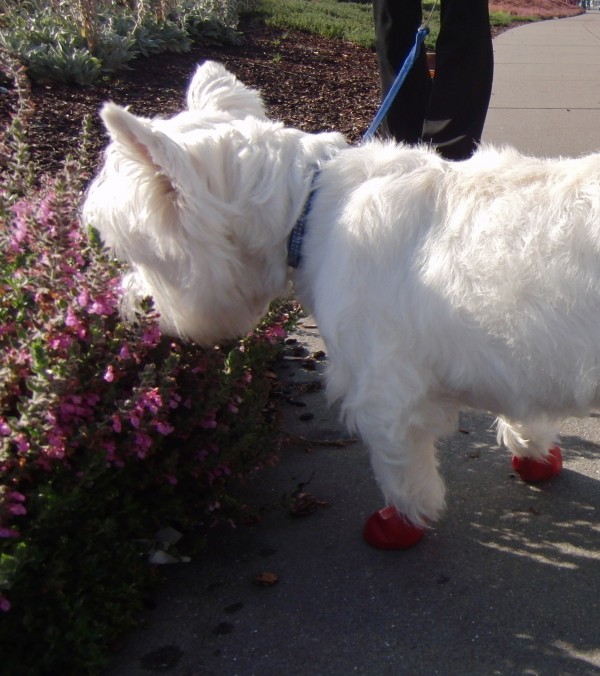 Looks like we have a bow-wow grazer in our browsers! (Okay, okay, but it's better than nothing, right?) 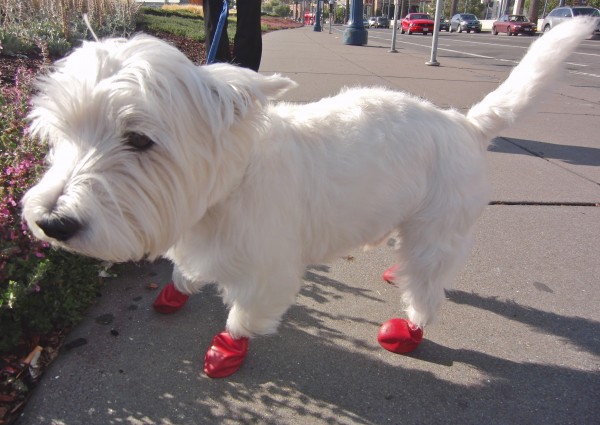 Mickey definitely had his own agenda. They're the dogs that are the most fun to photograph, because you don't have to keep shooing them away from the camera. 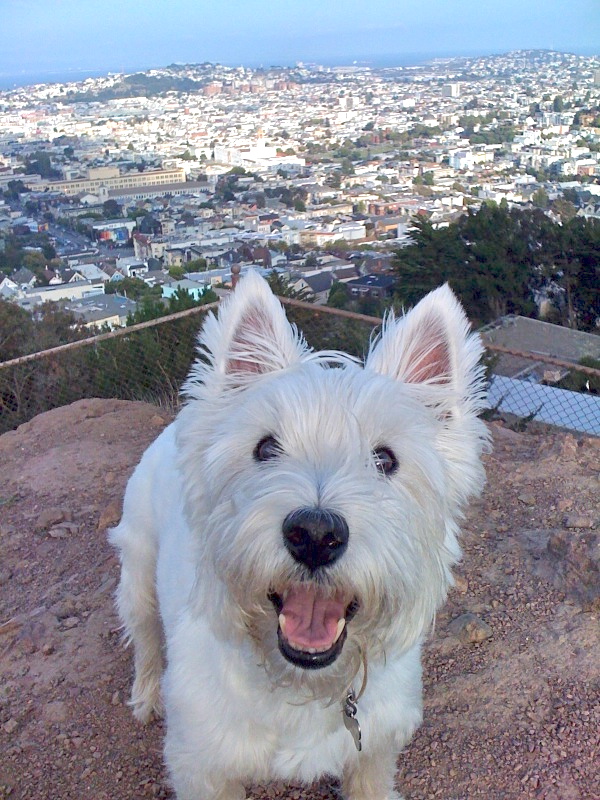 This entry was posted in Dog of the Day and tagged Embarcadero, Rincon Park, SOMA, West Highland White Terrier. Bookmark the permalink.

1 Response to Dog of the Day: Mickey the West Highland White Terrier