Dog of the Day: Popeye the Chihuahua/Pomeranian/Dachshund

What an unusual little guy. How likely is it that random breedings of three breeds, two of which don’t generally get blue merles, would end up with a blue merle as the result? To add to this confusion, the little guy has eye trouble, which is really common in merles… but it was due to an injury that lost him an eye, not due to genetics. (And his other eye works just fine, and he seems like a super-happy pup.) 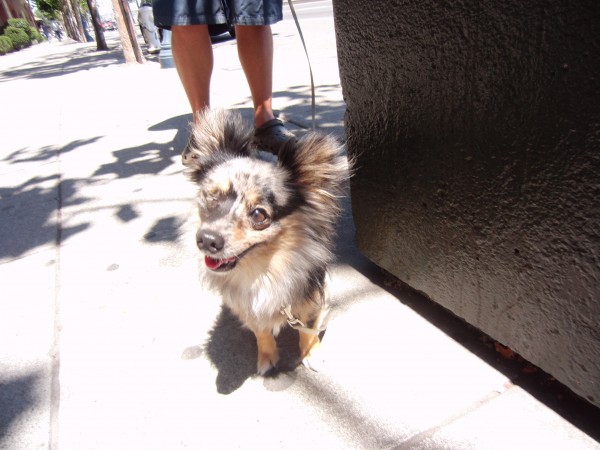 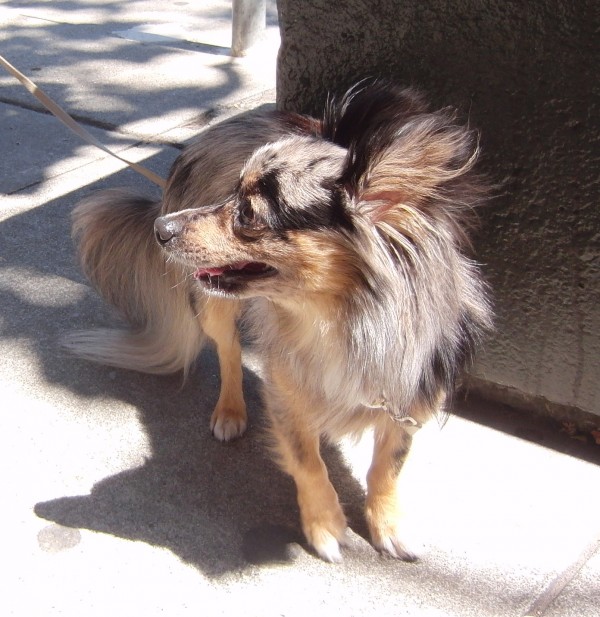 You can definitely see the Chihuahua in there, and the Pomeranian is obvious. Not so sure about the dachshund. 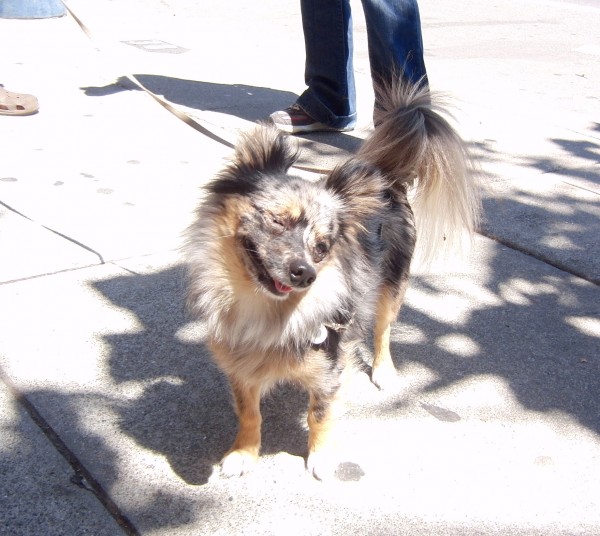 Aww. I get the feeling that even if he didn't have the gimpy eye, he'd still be winking at me.

This entry was posted in Dog of the Day and tagged Chihuahua, Dachshund, Embarcadero, Mixed Breed, Pomeranian, SOMA. Bookmark the permalink.