Ran into this guy down at the Ferry Plaza. He’s got to be a mix: his fur was a gorgeous mahogany, which I’ve never seen on a Lab, and was also slightly variegated. Plus his ears were a lot more ‘up’ than you see on Labs, and he had a little patch of white fur.

He also had the most amazing whine that I’ve ever heard. This didn’t sound like a dog whine at all… it was more like a human crying. And he was doing it a lot… seemed like he wasn’t sure whether his person was going to come back out of the Ferry Building for him or not. He only stopped whining when someone stopped to pet him, and then only for as long as the petting lasted. It was devastating. If that were my dog, I’m not sure I would have been able to leave him. Which probably means that I’m too much of a sucker to have a dog. 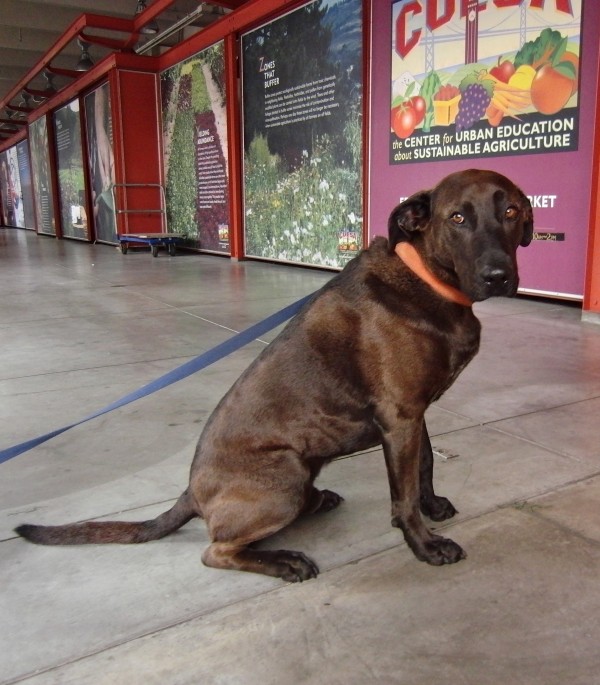 The color in the picture really doesn't do him justice... his fur was this beautiful variegated brown-shading-to-almost-black color. I should have looked closer: it could even have been brown fur with darker-brown tips. 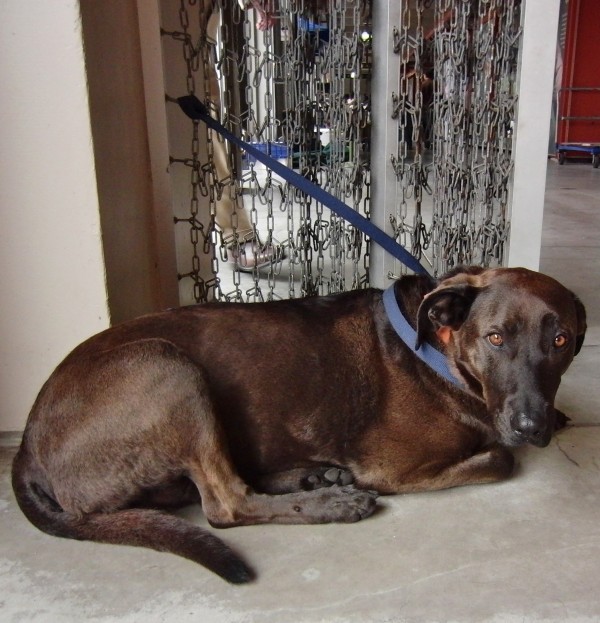 This entry was posted in Dog of the Day and tagged Embarcadero, Ferry Building, Labrador Retriever, Mixed Breed. Bookmark the permalink.