Dog of the Day: Lilly (Lillyput Gulliver) the Chihuahua

I was totally overwhelmed by the dog show, so it’s going to be a while before I post any pictures. Plus, ye gods, it’s DARK in there. With things that move around as much as dogs do, it was murder to get decent pictures.

So here’s Lilly. I took some pictures of her last week. She’s got a facebook page! And her mom’s boyfriend is running an organization called SharingPet, which is an attempt to help prevent a million pets from being euthanized over the next year. Check it out, see what you think.

In other news: these pictures were taken on my iPhone, because I wanted to see if the HDR (high dynamic range) mode on the camera helped with pictures taken in the bright sunlight. As it turns out, HDR is not well-suited for dogs… see the last image for why. 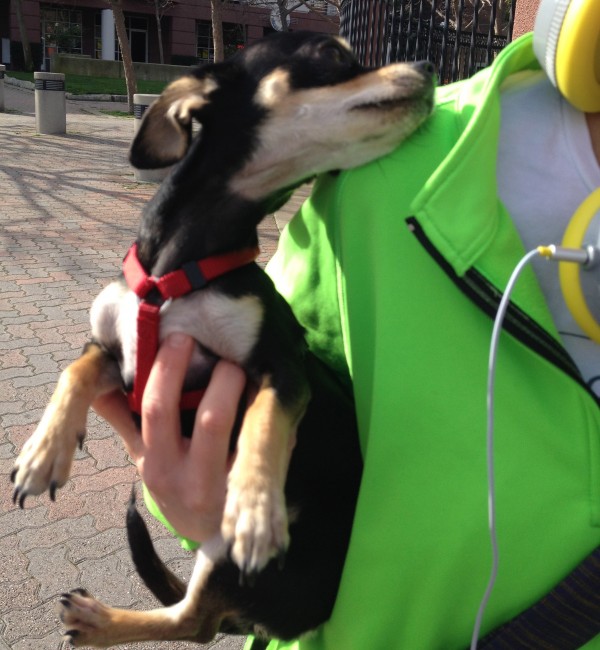 The handy travel-size! (Just don't put him in the overhead compartment.) 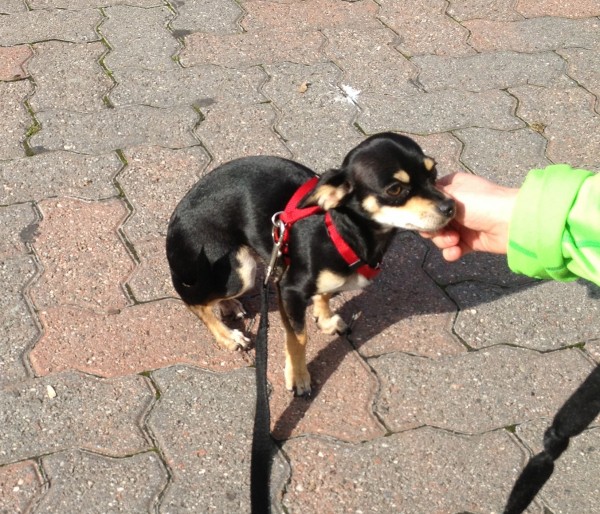 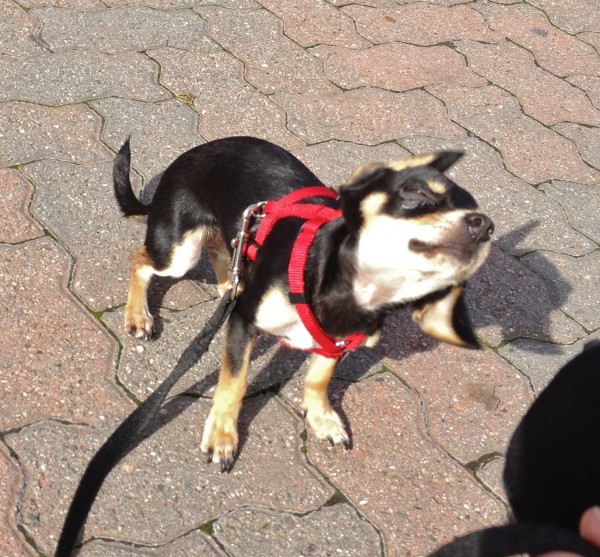 And this isn't 'I'm annoyed', it's 'Help! I've been frozen in the act of shaking myself!' 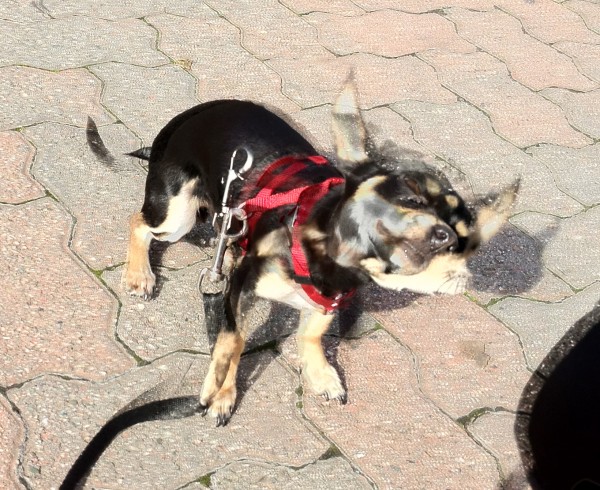 And this, as promised, is why you don't take pictures of dogs with HDR cameras. Even lesser movement screws things up, although perhaps not quite as... dramatically.

This entry was posted in Dog of the Day and tagged Chihuahua, Embarcadero, South Beach. Bookmark the permalink.