Dog of the Day: Puggle (Pug/beagle)

I know a couple of people who seem to be personally insulted by the ‘designer dog’ craze. They talk about how many dogs there are in shelters, and how these people should just adopt one of those, and so forth. I admit to a certain amount of sympathy for the position, but at the same time… neither of these people has anything bad to say about people who get purebred dogs with papers that go back eight generations and blah blah blah. I don’t really see much difference between that and getting a puggle.

Well, except that puggles just look a little weird to me. Cute, maybe, but unlike a lot of mixed-breed dogs, they really don’t look like they could be a breed in and of themselves… they really do look like half-one-thing, half-another.

Oh well. They’re still happy and licky, and they aren’t as liable to have their eyes pop out at inopportune moments. (Another picture after the break.) 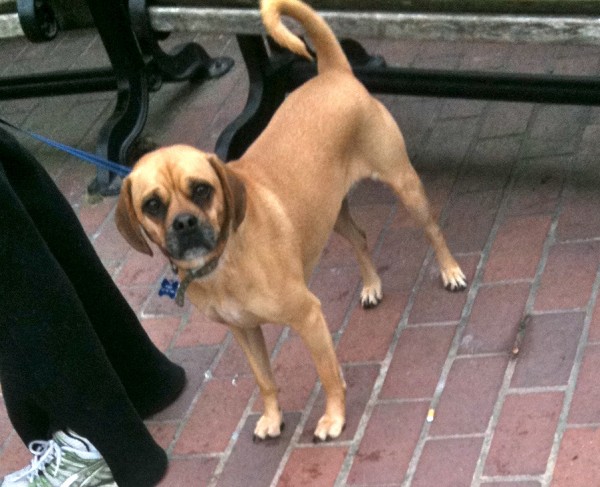 Is it just me, or does this guy have a permanently concerned expression on his face? 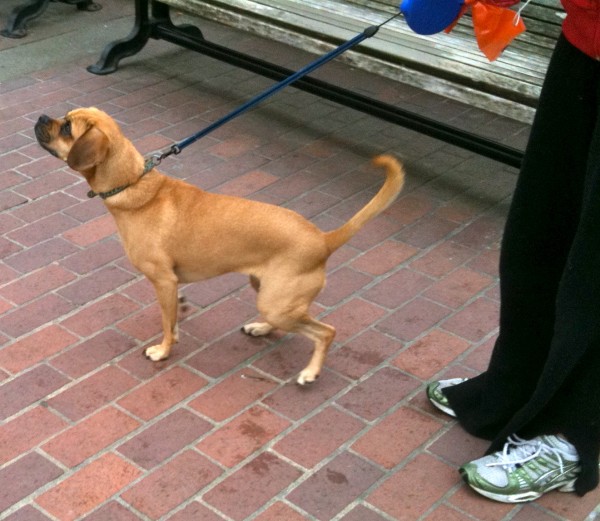 He got bored of being concerned with me after about 4.2 seconds and decided to wander off. With or without his human.

This entry was posted in Dog of the Day and tagged Beagle, Mixed Breed, Pug, Puggle. Bookmark the permalink.

1 Response to Dog of the Day: Puggle (Pug/beagle)