Autumn stared at this guy’s pictures for a good 30 or 40 seconds, and then went and got her reference book. And then spent another thirty seconds poking through it. Finally, she shrugged in frustration. ‘Let’s say he’s a small Munsterlander mix,’ she said.

I said “Um… he’s not very small. And I’ve never heard of a Munsterlander. Is that really what you think he is?”

She said, “Small Munsterlander is a breed. They’re not that small. And no, he’s probably not. But they’re great dogs, and really rare, and it’d be cool if he was one. And that’s what he looks most like.”

So, ‘small Munsterlander mix’ he is, unless someone else has a better idea. In any case, he’s a magnificent dog. Second picture after the break. 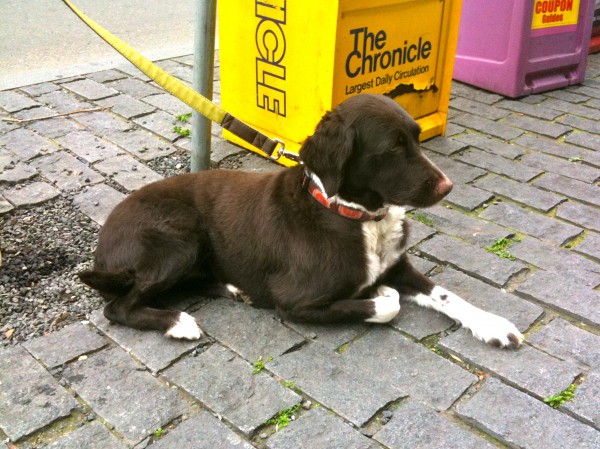 Just a couple spots on each foreleg. And check out (you can barely see it) the white stripe running down his muzzle. 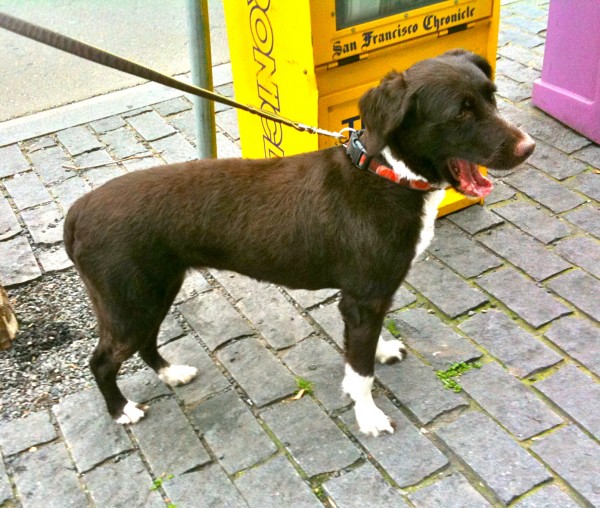 Big yawn. Seems like this guy was clipped recently, from the way the coat looks. And look... spotty toes!

This entry was posted in Dog of the Day and tagged Mixed Breed, Small Munsterlander. Bookmark the permalink.

2 Responses to Dog of the Day: Small Munsterlander Mix?