Second off, look at the incision on that poor guy’s backside. There’s a closer look after the break, for those of you with strong intestinal fortitude. (Okay, okay, it’s not that bad.) But this guy is clearly a real trooper: he’s got this three-inch incision in his rear flank, and he doesn’t have to even wear the Cone of Shame. That’s pretty awesome.

Oh, and a post-picture note: we’re pretty sure we saw this guy again, a month or two after this picture was taken, about three miles from where I’d seen him this first time. Same shaved area, but it looked much much better. He seemed quite happy. And he still wasn’t wearing the cone of shame. Sorry, didn’t manage any pictures. 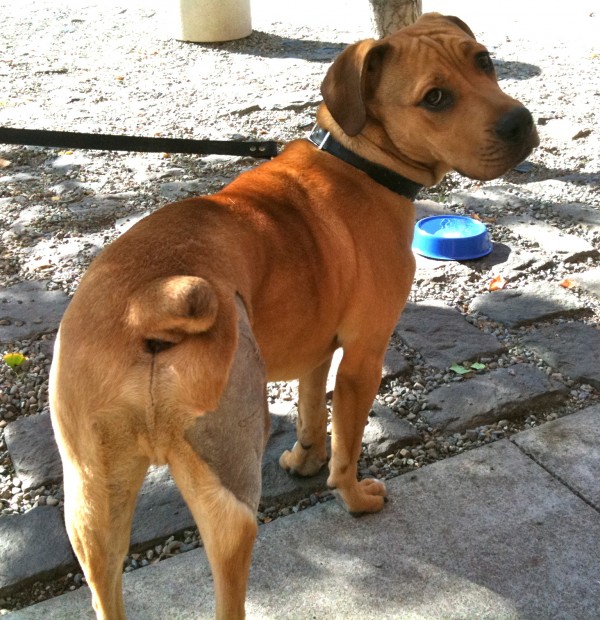 Look at that sad expression. Poor puppy, you'll be all better soon. 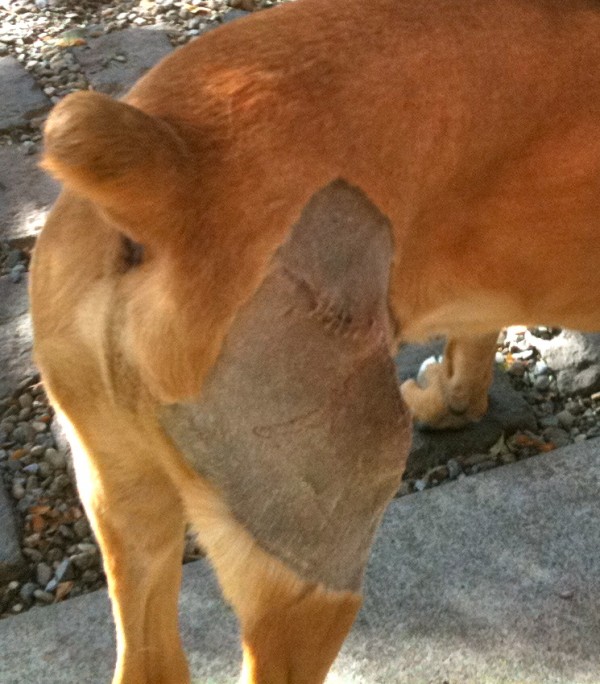 Yeowitch! Whatever did that to him, that had to have hurt.

This entry was posted in Dog of the Day and tagged American Staffordshire, Mixed Breed. Bookmark the permalink.